Crawling Manifest is gearing up for the release of “Radical Absolution” this May and in preparation, they invite listeners to indulge in their next single “Revolution”. With this album, Crawling Manifest is in duo form, Andrew Gladu (vocals/bass/drums) and Trevor Layton (guitars) who combine their love of the thrash metal classics with a modern metal sound.

The single “Revolution” is what the band describes as a “fight song”, with a goal to inspire others to make their voices heard. They explain further:

“Being a musician makes it easy for us to speak up and be heard, but not everyone has that luxury. With this track, we wanted to motivate our listeners to speak up and use their own voices. This album has been something we’ve been able to listen to no matter what we’re doing, and we’d really like to see it be the same for others. Something that makes you think, lyrically, and makes you bang your head musically.”

“Revolution” isn’t the only fight song on the album, energy, and anger persist throughout the eight tracks that are impossible to sit still to. The lyrics are heavily inspired by all of the events that happened over the course of 2020, as the band states, “There’s a lot to be angry about in the world around us, and what we are trying to do is bring just a little more attention to it.”

“Radical Absolution” starts off with an instrumental build-up to the first track “Land of The Free”, and finishes with the last track “Onslaught” fading out to a soft, bluesy groove, a metaphor for taking deep breaths in between outbursts of pure rage.

About:
Crawling Manifest was formed in 2014 on the Eastern Shore of Maryland, USA. The thrash metal band incorporates elements from death metal, modern metal and core.

After multiple line-up changes, live shows, and tours, playing alongside bands such as Fleshgod Apocalypse, Soulfly, Soilwork, Carach Angren and Kataklysm, remaining members Andrew Gladu and Trevor Layton made the decision to write new music taking influence from the bands they grew up listening to and combining a love of death and thrash metal into a powerful new sound.

It starts off with a beer, which turns into a riff and it just goes from there; Gladu and Layton work closely together on all aspects of the writing process, save for when they veer off to pay specific attention to lyrics and vocals. 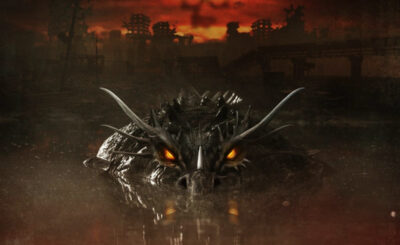