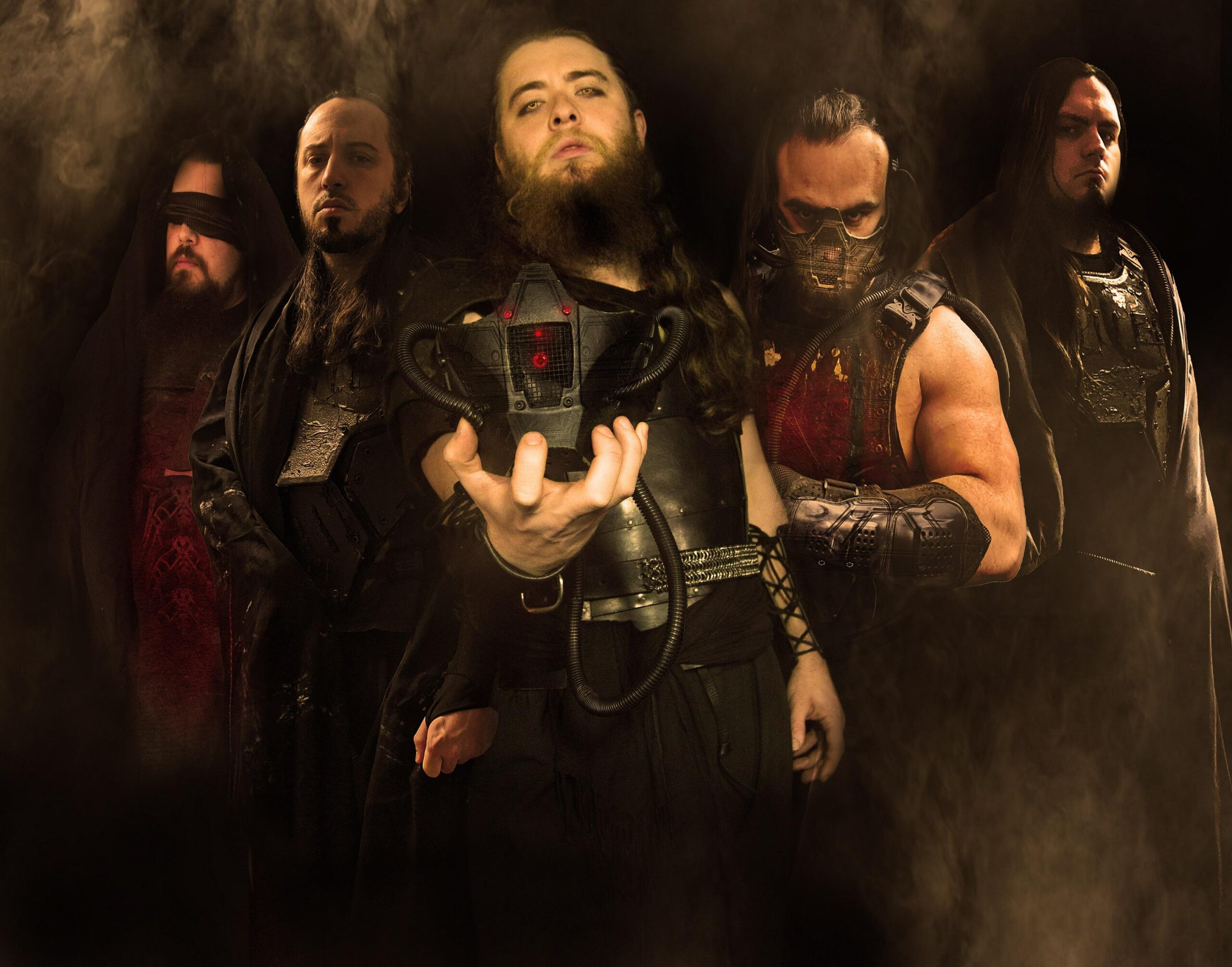 Enter if you dare “The Waste of Dreadrift”, the latest music video from XAEL (ft. members of Nile, The Reticent, Rapheumets Well). The video is the next visual exploration into the fictional sci-fi world created by band founder and drummer Joshua “Nassaru” Ward for the band’s new album “Bloodtide Rising” released this past February via Pavement Entertainment.

“Imprisoned by the counsel of Tymeer in the waste of Dreadrift, Darmak and the Watchers of Xan were presented as an offering to the Sovereign Ruler of Vuul Athmar, Atara Avuniir where they were assimilated into her elite guard, the Suun Vir. Unforeseen, the Queen fell in love with Darmak and bore him a son, yet the queen harbors a dark secret, an anomaly that threatens the outer-worlds.”

To experience XAEL‘s planetary sci-fi adventure, please check out the music video for “The Waste of Dreadrift” via the band’s YouTube –  youtu.be/rZg7z8ek0PE.

Hailing from the American Carolinas, XAEL brings forth with them epic symphonic death metal like no other. Their new album entitled “Bloodtide Rising” is a concept record rooted in a science fiction universe that XAEL revolves all their music around. The extreme symphonic release chronicles the journey of a character named Darmak, an immortal who is trying to find purpose in a chaotic and complex multiverse.

XAEL was initially meant to be a personal project by drummer Joshua “Nassaru” Ward, however, when other musicians showed interest it evolved into a full-fledged project with each member contributing equally towards this current full length and the band’s first album “The Last Arbiter” (2018).

Fans of progressive and brutal metal along with sci-fi enthusiasts will take interest in what XAEL is doing. It’s different, and listeners can get lost in the complex multiverse that they have conceived. Epic and extreme, it is recommended for fans of Septicflesh, Fleshgod Apocalypse, and Nile.

About:
Xael, based out of the American Carolinas was formed in 2018. The band’s current line-up consists of Joshua Niemeyer, Daniel Presnell, Chris Hathcock (The Reticent), Brad Parris (Nile), and Joshua “Nassaru” Ward (Rapheumets Well). Xael combines elements of extreme metal with orchestrations and folk music to create soundscapes of the imagination.

Xael’s music focuses on the endeavors of its members in a science fantasy epic. From the wastelands of war-torn planets to the pits where the fallen gods dwell, Xael paints an odd and fantastic sci-fi world both musically and visually.

Bloodtide Rising Concept:
Imprisoned by the counsel of Tymeer, led by the insidious entity Sen, Darmak “ cursed with a degrading immortality” and the Watchers of Xan were presented as an offering to the Sovereign Ruler and rare species collector, Atara Avuniir in exchange for military and economic support. Finding Favor with the Queen, the Watchers were integrated into her elite guard where they became renowned for their success.

Unforeseen, the Queen fell in love with Darkmak and she would bear to him a son.  Vuul Athmar along with the outer planets of the Eiasian-Rim prospered yet the queen harbors a dark secret, an anomaly that threatens the outer-worlds.

Touring history:
Though Xael is a new project, the members are no stranger to touring. Brad Parris, being the frontman and bass player for Nile embarks on yearly international tours. Along with Joshua Ward (who is the drum tech for George Kollias of Nile), they have toured most of Europe, Australia, India, South America, Russia, and Japan. Other members being from bands such as Rapheumets Well and The Reticent are all versed in national and international touring.