Born in June 2019, CRYPTA is a Brazilian/Dutch Death Metal fourpiece, influenced by the old school sub-genres of the style.

Pre-order “Echoes Of The Soul” here: smarturl.it/EchoesOfTheSoul​
Out June 11th

Singer and bassist Fernanda Lira says about the first single:
“The song is basically about the well-known tale of the phoenix, but in a more philosophical sense. It
talks about the ever-changing cycles of life, about the many endings and beginnings we have to go through, about how many old versions of ourselves need to figuratively die in order for us to keep growing and evolving as human beings, and finally, about building resilience to endure all these rebirths.” 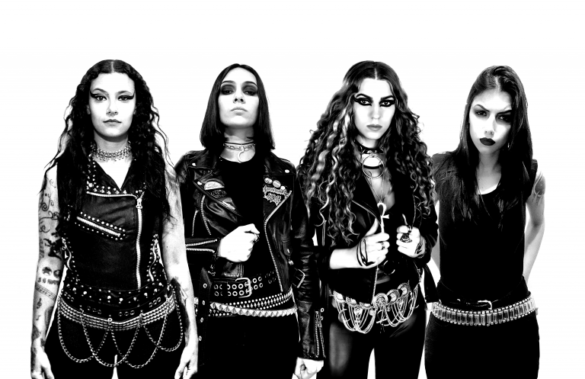