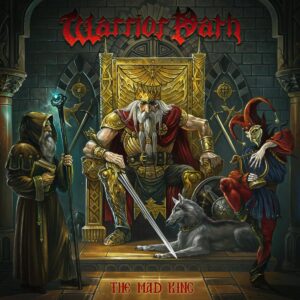 The sophomore album by Greece’s Warrior Path marks the return (of sorts) of Daniel Heiman to the metal stage. Although the former Lost Horizon vocalist did not really leave the scene, his work has not had much exposure. The last full album he sang on that I listened to was an album by a band he is in called Harmony. Despite his talent, it was not enough to save the album. In fact, most of what he has been a part of since leaving Lost Horizon just has not lived up to the grandiosity that Lost Horizon displayed….until now.

I must admit that I was not familiar with this band until I saw the news that Mr. Heiman was the vocalist. Formed in 2019, their self titled debut album was guitarist Andreas Sinanoglou on guitars with the remainder of the band being guests. Two of those guests went on to become full time members, drummer Dave Rundle as well as the multi talented Bob Katsionis on lead guitar. Handling the vocals first time out was Beast in Black vocalist Yannis Papadopoulos. So now we have “Ethereal Magnanimus” himself handling the vocals on the sophomore, THE MAD KING. This album was actually a grower for me as I did not love it right away and I’m not sure why because this album is an incredible collection of amazing epic metal songs. Mr. Magnanimus is in top form and the musicianship and songwriting is stellar.

No good power metal album can open without an intro and THE MAD KING is no exception. “It Has Begun” builds until the title track kicks it into high gear with a killer opening riff only to lead to a a part that seemed, at the time, slightly out of place. It reminded of one of those grandiose Savatage riffs from their WAKE OF MAGELLAN era. Then the main riff kicks in and then the scream….you recognize it immediately. This is epic metal at its finest. Why it did not click with me at first is a mystery. After the third listen I was humming the chorus to this and other stand outs on the album. Heiman’s vocals are perfect on this song and the chorus is giving me goosebumps even as I write this. “His Wrath Will Fall” follows it and as much as this is straight ahead metal, it is not. Interesting time changed and fast riffing starts it of until get into the verse. Then, right before the chorus we get treated to that “WHOA” that only Ethereal Magnanimus can give you.

Then you have “Beast of Hate,” which is the most straight ahead metal tune of this album yet Heiman can still make this majestic. His harmonies are always perfect. Then you have the epic “Don’t Fear The Unknown” to round out the first half of the album. What this song does is prepare you for the second half of this album. They seem to turn up the epic on the second half but they also decided to end the first half on this huge note. The song takes on many parts and has many layers and was one of the songs that made me rethink my approach to this album. Not only does this song showcase those amazing vocals but also allows Mr. Katsionis to show off as well. But as epic as this is, this is just the teaser for the second half of the album that ends with the incredibly epic “The Last Tale.” That song is just incredible from start to finish and features some of the most amazing vocals by Mr. Heiman. Some of the high harmonies on this song are absolutely astounding.

So here we finally have an album that, I think, is worthy of “Ethereal Magnanimus” gracing this album with his talent. The songs are meticulously written with enough hooks to have you humming the choruses no matter who was singing it. The fact that it is who it is just makes this all the more enjoyable. I dare you to listen to this album more than three times and try to get the chorus from “Out From the Shadows” our of your head!  It really is good to hear really well done power metal. I was getting turned off of the genre a bit due to lackluster albums by some of my favorite bands. Thankfully bands like Warrior Path are still making quality power metal. Here’s to hoping this partnership lasts more than just one album! 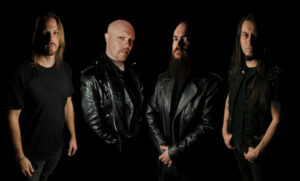