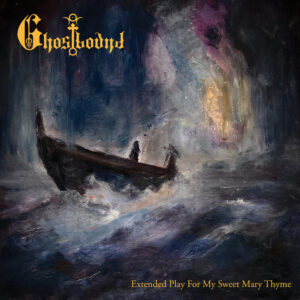 Ghostbound was founded as the vehicle for the songwriting of Brooklyn-based musician/actor Alec A. Head. The band is back with their latest EP “Extended Play For My Sweet Mary Thyme” via Red Nebula Records.

The first track “And We Are Already At Sea” surprised me by starting out with a blastbeat. I had listened to a few random parts of a few tracks just to get sense of the sound, and I thought it was going to be much softer. The press release says that the music “draws from all genres”, so I guess that’s true to some extent. The opening riffs in this song have a scale that goes up in pitch, and there’s a fair amount of midrange in the production. As a result, my first impression is that the vocals are too low in the mix, and maybe for the style in general. That little bit of heaviness in the beginning was short-lived also, as the rest of the song is fairly mellow.

“Ada, Age of Eight” starts off with some acoustic guitar, before kicking in with a decent rock riff. In this one vocalist/songwriter Alec. A Head opens up some and sings in higher registers that fit the sound much better. There’s a nice guitar solo, and I heard some good bass lines too. The band has gone for a very cinematic feel in the music, and there’s some cool theatrical interludes – like the last part of “Bosun’s Lament”. The EP has a maritime theme (like the cover art), and there are sounds of waves and water included in various places. The title track “Extended Play For My Sweet Mary Thyme” has some good work from bassist Noah Shaul, but I still think the vocal style is just a bit too soft.

I’ve been sitting here thinking to myself: If this band were to go out on tour, who would they open for? The musicianship is good, but they’re not real heavy. Probably one of the more unorthodox bands like Queens of the Stone Age.

Ghostbound are a band without a genre, and are a bit too soft for me personally – but that doesn’t mean that they’re not skilled musicians. Check it out for yourself, especially if you’re looking for something different with a hard rock vibe. 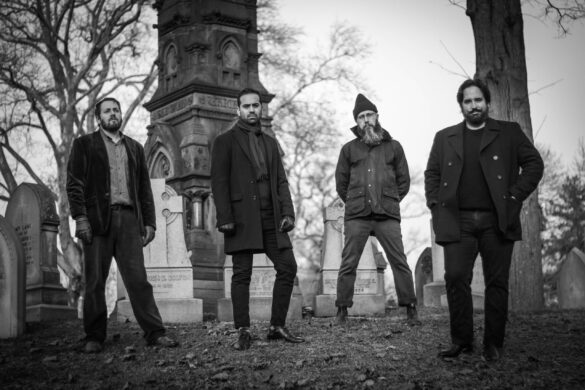