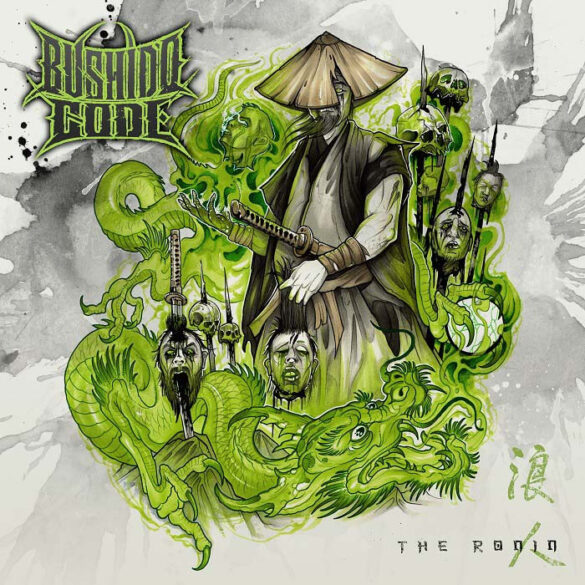 Over the lockdown period, I’d grown quite fond of (some would say obsessed with) a video game called Ghost of Tsushima to the point where I became completely engrossed in the world, combat, storylines, and legacy, and I devoured the legendary Samurai movies of Akira Kurosawa such as Seven Samurai, Throne of Blood, and The Hidden Fortress. I completely fell in love with the time period and the ways of the ancient Samurai.

Going hand in hand with this newfound adoration, I’m quite a fan of bands such as Amon Amarth and Sabaton; bands that stick with a concept for their entire ‘thing’… war and conflict is Sabaton’s ‘thing’ and Amon Amarth have Vikings and Norse gods and legends, for example. With my love of Kurosawa movies and Ghost of Tsushima reaching critical mass, I was looking for a band who could scratch that itch for the samurai, and along came Bushido Code.

Pennsylvannia thrash metal outfit Bushido Code chose a samurai-inspired moniker to reflect their own personal values of being fearless and driven by their goals to achieve the highest degrees of sacrifice for what they believe in and are dedicated to. With their first two releases, The Dying Virtues: Volume 1+2 the band was able to lay out their vision of a crossover thrash sound that unapologetically goes for the throat.

The Ronin uses skull-cracking thrash metal to tell the story of Da Shi, a Ronin Samurai who has travelled through time, looking for a warrior worthy enough to help him achieve the most honorable sacrifice, death. However, no demon or saint has been worthy enough yet. It’s an epic story, but a natural choice for a band who seeks to take on the world on a grand scale.

The title track begins this particular story kicking and screaming, with an intricate lead riff and metalcore style heavy guitar part underneath before the aggressive vocals from Mike Bedet take things up a notch. It’s a great start and the record doesn’t let up from here. ‘Aftermath’ and ‘Stench of Cowards Rot’ keep up the pace with a violent ferocity and ‘Relic of War’ is a sublime example of how good thrash metal can be in the modern era.

A lumbering doom riff starts ‘1600,’ creating an impending sense of danger for the second half of the album, and it’s not long until the razor-sharp guitar part enters, laying waste to anybody and anything in its way as quickly and efficiently as the ancient Samurai used to. ‘Harvest’ is much the same, a breathless assault on the senses that is over before you’ve even gotten a hold of what’s going on, courtesy of a relentless rhythm section pummelling away underneath a guitar riff so sharp that it makes a katana look like a butter knife. Bushido Code are out for blood.

‘Loyalty’ is a little weaker than the rest of the album; by no means bad, it just doesn’t really jump out at me as a highlight. It seems a little ‘copy-paste,’ as if they needed one more song for the record and just came up with this one. It’s solid enough, but it’s lacking the spark to make it exciting. Closing track ‘Benevolence’ is a furious blast that borders on black metal at times, with chainsaw guitars, double bass drumming, and biting, growled vocals leading the track to its bitterly bleak and volcanic finale.

The Ronin is a hugely enjoyable album if you’re a fan of crossover thrash; it might not win you over to the genre but if you’re already there, you’ll find a lot here to love! It’s everything you’d come to expect from a thrash album and then some; and while not perfect, it’s an explosive and visceral experience that metal-heads will adore. It’s well worth your time, don’t miss this one out! 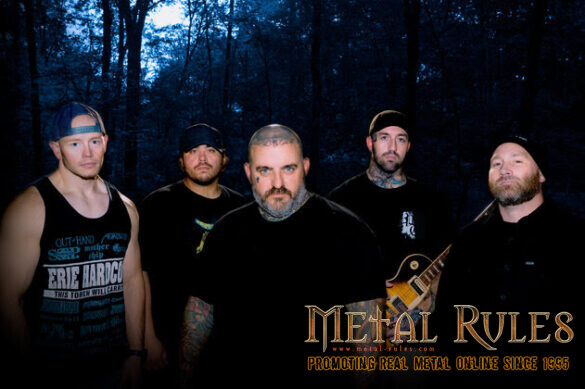