Interview with Band Of Spice 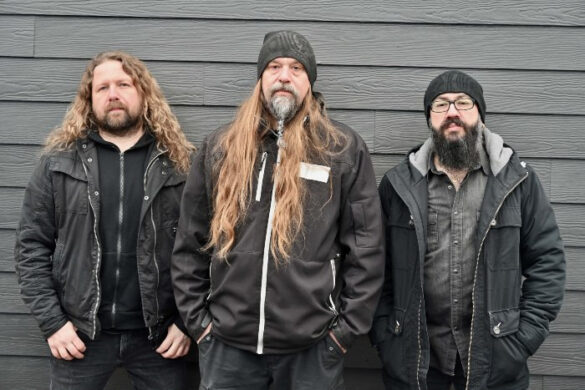 Hey and thank you for your time! Please state your name and position in the band.

You’re about to release your brand-new album “By The Corner of Tomorrow” via Scarlet Records, can you tell me about how the album title came about and what people can expect from the album?

I was thinking about a sweet memory from Pelekas (Greece) around 1992, 1993, when I spent a night on the beach, waiting for the rise of the sun surrounded by stray dogs. But the lyrics are mostly about that we hide and pay in this wheel of constant pretense. And with this Covid situation, I thought that it would be a good title for the record.

Where does the band name BAND OF SPACE originate from, and what led to choosing that name?

Since I was a kid I have always been called Kryddan in Swedish. (Spice in English.). And this is my solo band. 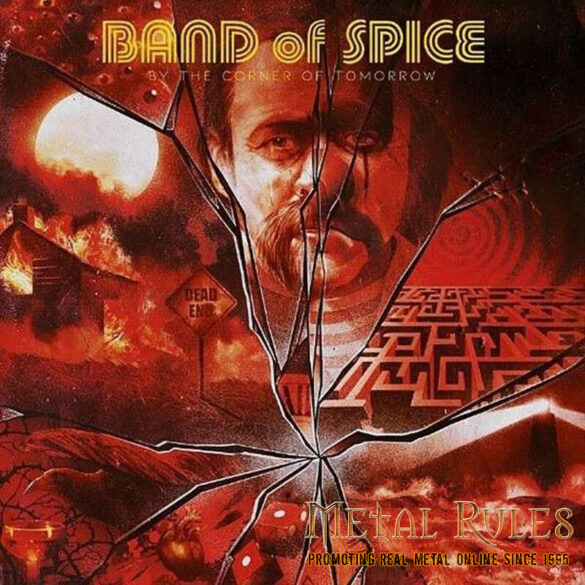 Can you tell me a little bit about how the writing and recording process began for “By The Corner of Tomorrow”?

I was preparing for a new MY REGIME record when the company asked for another BAND OF SPICE album. So we rehearsed around 12-13 of the Band of Spice songs I chose for the record. It took us about 3 weeks before we hit the studio where we recorded the drums. We managed to record the guitars (except lead) and bass before Covid came and put everything on a hold. It was not until August that we managed to finish the recordings.

I understand this is your first album recorded in standard tuning; could you tell me about the decision to make this change?

After 18 albums with down tunings, I guess I just wanted a change.

How would you describe your music to someone who has never heard it before?

Hard rock with a touch of metal.

What has been your favourite gig to date and why? Once the pandemic is over and live shows return fully, where are you looking forward to playing most?

Opening up for Iron Maiden at Las Vientas (Madrid).

Which brand of equipment do you like to use when performing (either live or in the studio)?

Where do you draw your influences from when it comes to producing new music/lyrics? Could you list me some bands that particularly inspire the sound of BAND OF SPICE and why?

What is the metal music scene like in your hometown? Any new bands that have caught your attention?

I live in a small town, so my answer is no. 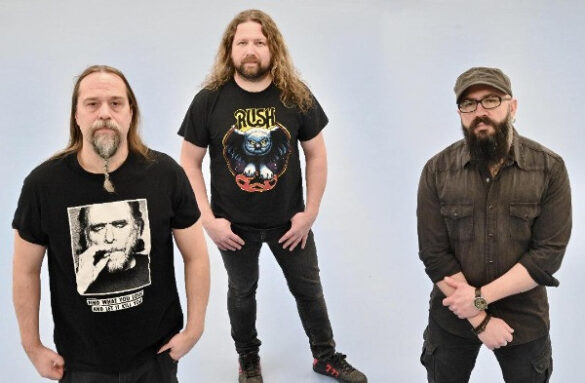 What is it like touring? Do you all get on all of the time? Or do you have times you need space from each other?

We get along just fine.

Any bands you would like to go out on tour with? Who would be your ideal tourmates?

What genres of music do you like to listen to personally?

Everything from Jazz to Thrash.

You’re stranded on a desert island with only 3 records and a record player. Which 3 albums would you want with you?

What do you like to do outside of music? Have you watched any great TV lately on streaming services etc?

Spend time with my family and play with my dogs. History Channel and sports.

What are your plans for the rest of the year? Even with Covid, are you looking to get some live shows booked up?

I already have songs for another record that I hope to record as soon as possible.

Thank you for your time, is there anything you’d like to say to our readers?

Find what you love and let it kill you.