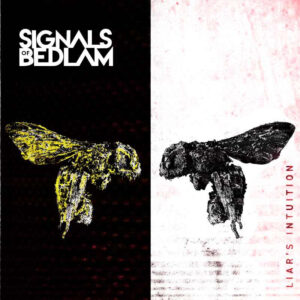 Signals Of Bedlam is a group from the United States born in 2012. They debuted in 2016 with the launch of ESCAPING VELOCITY and now at the end of February they presented their new album entitled: LIAR’S INTUITION. The first thing that catches the attention of this band is its enormous compositional range; they have no barriers when creating music, generating various types of hooks that will capture a wide range of listeners.

The structure of the songs does not follow an established pattern that is repeated; they have different passages and moments that make the songs completely unpredictable. In addition to that, they use resources of different styles, predominantly progressive ingredients. “Twilight Rebel with Red Cap” is the first song on the album, which announces the tenor of the rest of this work.

Although the merit of such a work belongs to the musicians that make up this band, we must not lose sight of the role of Frank Mitaritonna, producer of the band. The members are very emphatic in acknowledging the importance of having him in the album creation process. This is a clear example of how important it is for every band to have the creative contribution of a producer.

The great merit of LIAR’S INTUITION is that it manages to break the barrier of labels. Here the genre ceases to matter, since every piece has an element that captures the ears. Signals Of Bedlam has produced a very interesting album. Its production is very professional allowing the creative side to shine without any problem. Despite the harshness of his lyrics, based on the current context of what they call the post-truth, his music allows for an extremely pleasant moment. 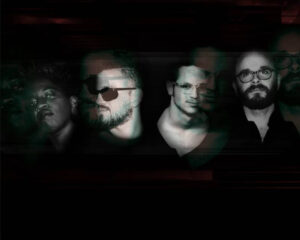