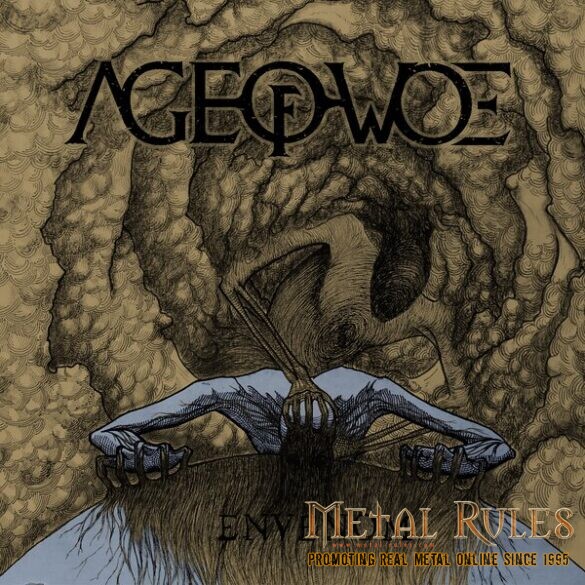 Age of Woe, hailing from Sweden’s death metal capital, Gothenburg, have released their third full-length album, Envenom. This, along with their previous ventures into the worlds of doom, sludge, and crust punk, has made the band stand out from a large number of their contemporaries.

I for one was pleased to feel the simplicity of the songs and the raw, rancid aggression exhibited by vocalist Sonny Stark as each song grinds and howls like a series of chainsaws and rapid-firing artillery, making it clear that this band is a group of very angry young people.

As advanced as it is today, death metal and most other extreme genres take their inspiration from punk genres, particularly the anger and opinionated volatility that the harder, darker sides of the punk world offered before the extreme metal genres graced the world. By offering themselves as lovers of Disfear, Amebix, Ancst, Rotten Sound and most certainly Phobia or Heresy, this album is a loud shout in the ear of the contemporary metalhead, that death metal has not forgotten its roots.

Each song is blazing with sneering glory about how upset the band are at the current world. Alongside this, in their more melodic or trance-esque pieces; like my personal favourite: “Storm;” the band show their versatile taste in metal and its predecessors, making them impressive to numerous crowds.

This album is something to own either for the veteran punks out there who grew up on the likes of Doom and Nausea or the current death and sludge scenes who want more themes and ideas in their blasts than simply gore and violence.

Having come from an anarcho-punk background, I for one was very impressed at how this band use DIY attitudes and strong musicianship to blend some of the most extreme genres to make it known they aren’t just a band for enjoyment. Envenom has packaged all the anger a young swede in the current political climate would feel once they realise the world is still as unjust as it was for their parents’ generations. An excellent job all round Age of Woe, both in music and attitude. 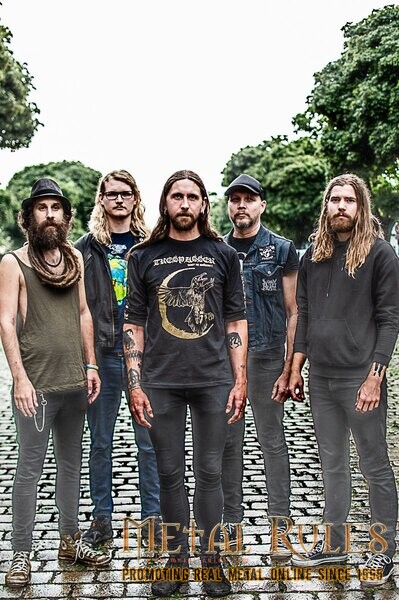