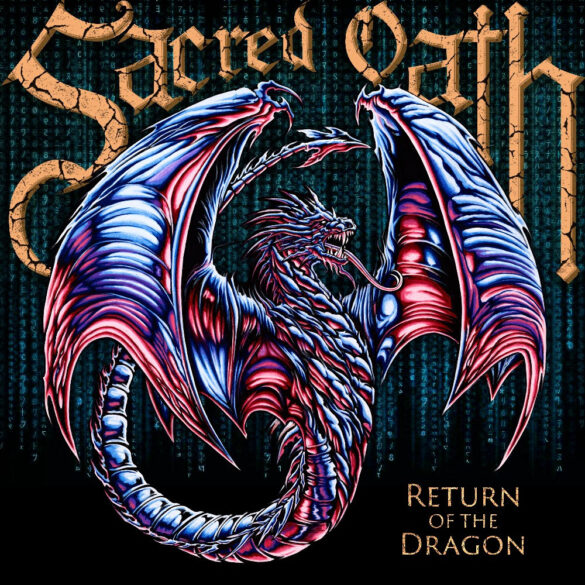 Hailing from Connecticut, USA power-thrashers Sacred Oath are preparing to release their latest album entitled RETURN OF THE DRAGON. Despite having quite a lengthy career, I wasn’t familiar with the band until now. I’ve been missing out!

Apparently this is the first release that features the addition of a third guitarist. I’m not sure if it’s because of the extra axe, but the tone and ‘crunch’ of this album really stood out to me. Right out of the gate “Cthulhu Wakes” caught my ear with its Cthulu chants and mid-tempo. Rob Thorne has a very clean vocal sound, with some grit he can add at will to the bottom end – sounding a bit like Ralf Scheepers.

The title track “Return of the Dragon” is an epic – starting off with a slow, crunchy vibe before taking off around the 3:30 mark. The song clocks in at almost seven minutes, and even has some piano in places for a little added atmosphere. The next track “Empires Fall” continues with a slightly slower tempo and lots of great guitar work.

“The Next Pharaoh” is an interesting one, I don’t know how to describe it but it almost has a funky feel to it, and Rob Thorne really shines in his delivery. The title “Root of All Evil” always makes me think of a Slayer T-Shirt I used to have. This isn’t Slayer, but it’s a nice slab of power to close the album out with.

This is one of those bands that I’m going to have to go and check out their back catalog. Recommended for fans of power and thrash metal. 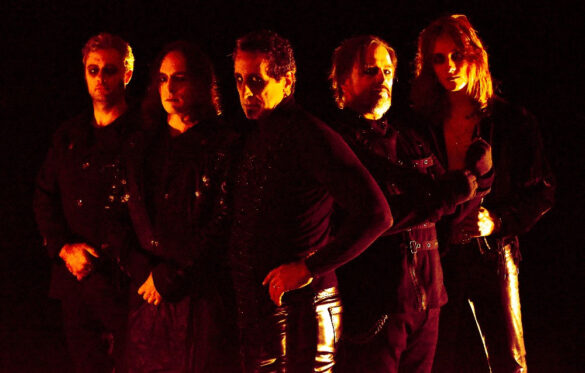