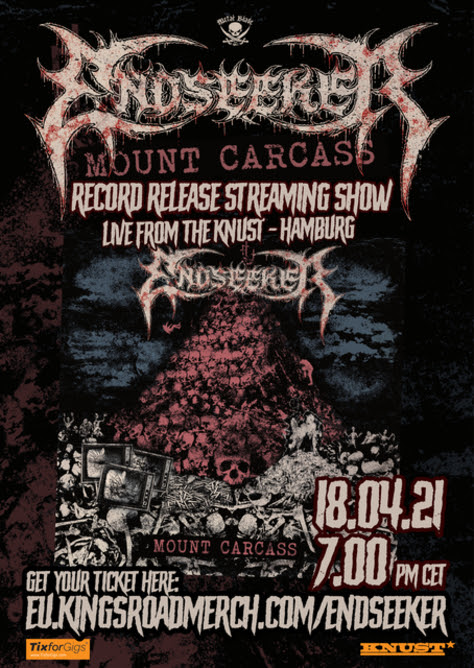 On April 16th, Endseeker will release their new album, Mount Carcass, via Metal Blade Records. For a first preview of the record, a video for the new single, “Unholy Rites” (directed and edited by the band’s own Ben Liepelt), can be viewed HERE.

Having become one of the premier German death metal bands – and rapidly rising the ranks of the genre as a whole – Endseeker storm back into the fray with Mount Carcass. Building on the groundwork laid down on 2017′s Flesh Hammer Prophecy and having the difficult task of besting 2019′s stunning The Harvest, they have returned with a streamlined, powerful collection that further raises the bar.