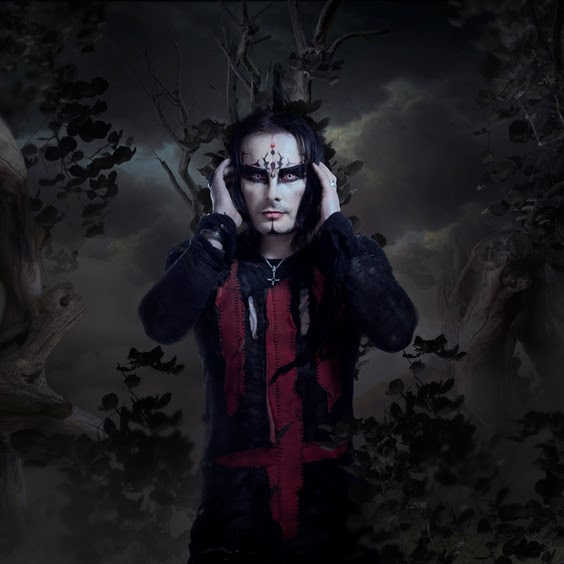 Poisonous Dark Metallers CRADLE OF FILTH reveal the title of their forthcoming 13th studio album as being Existence Is Futile. Their monumental new opus -the 13th (unlucky for all) studio album of the band to date – was once again recorded at Grindstone Studios with producer Scott Atkins and is embellished with artwork from Arthur Berzinsh, who is guilty of accomplishing the last two album artworks in the CRADLE back canon. Further nihilistic details from the crypt will soon see the light of day.

“The stunning new album is everything you can expect from the many shades of black that go to discolor a CRADLE OF FILTH release and far, far, worse,” frontman Dani Filth stated yesterday.

Existence Is Futile which features a new as-yet-named keyboardist/backing singer, is due to be unleashed later this year through Nuclear Blast Records.

Earlier, the band announced that their visually spectacular livestream from the St. Mary’s Church in Colchester is postponed to May 12th – due to the pandemic situation. You can still order your tickets for the live stream in many variations together with exclusive ticket-bundles and VIP packages here:

About CRADLE OF FILTH:

CRADLE OF FILTH’s latest album Cryptoriana – The Seductiveness Of Decay was recorded at Grindstone Studios, Suffolk, UK by the very honorable Scott Atkins, esq. who has been the resident go-to producer for CRADLE OF FILTH for several albums.

More on Cryptoriana – The Seductiveness Of Decay:

“Heartbreak And Séance” making of: youtu.be/FJwqiLOuF3o

“You Will Know The Lion By His Claw” lyric video: youtu.be/s8r6DoD83ok

This document has been edited with the instant web content beautifier tool which can be found at htmleditor.tools – give it a try.