Tantivy – Eyes Of The Night 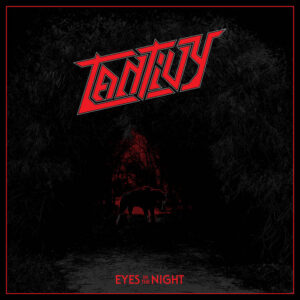 This Wisconsin duo hits all the marks in the world of metal. The spectrum of their sound covers everyhing from 80’s hard rock, heavy metal, NWOBHM, punk, and some touches of thrash/speed as well. All together, this concoction adds up to some of the best raw and gritty heavy metal I have listened to in a while. There are no real frills here. Just good old school sounding metal. It also helps that these are some really catchy tracks to bang along to. My only complaint is that this EP is what it is. An EP that only runs about 20 minutes. These guys are one to keep a look out for. 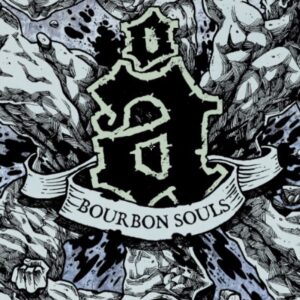 Finland’s rockers Strale are labeled on their promo sheet as an alternative metal band. Not sure about this. What I am sure of is that this is a pretty rocking album. The album does cross between the hard rock / heavy metal lines hitting the metal just enough to warrant a place on Metal-Rules. That and the fact that all of these tracks are very well done. There is something for everyone here. They remind me of a blend of Black Oak Country and latter day Sentenced. There is not a track on this album that would not be placed in regular rotation on mainstream rock radio here in the States. Well, that fact that this album is so good may not allow that! You need to check this one out! It is not the heaviest, but a great album till the end.

Tease The Demon – A Series Of Unfortunate Events 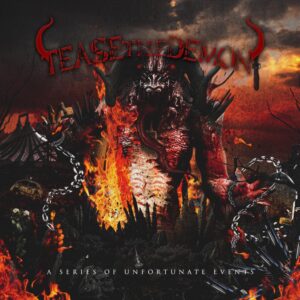 Straight outta Denmark, we are blessed with the newly formed band Tease The Demon. This album touches on many of the top genres in metal. Labeled a melodic death band, the tracks here do not pigeon-hole them to the aforementioned style. There are plenty of moments of groove and thrash in the mix. Just some good ole heavy fucking metal if you ask me. Seeing as you are not, then I am telling you it is. This is a raging slab of slamming tunes. This is another band that has a long future if they stick to the formula here of writing and playing all of the things that make heavy metal great! 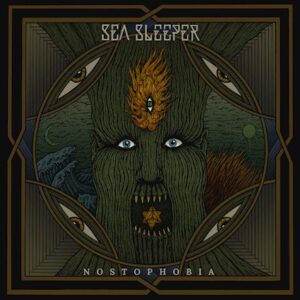 Melding a variety of genres, this Portland trio spew forth some really technical and heavy shit. With influences of Gorjira, Gorguts, to Mastadon and Blut Aus Nord, Sea Sleeper have produced an insanley heavy brand of music here. It first reminded me of Messuggah or Mnemic from the early days. It did at moments give me that mathmatic metal feel. Almost chaotic at times, while at other times the melodies and harmonies cast you away to another place entirely. Where ever these guys fall within a genre, what they do play here, they play very well. Interesting indeed.

Wizard – Metal In My Head 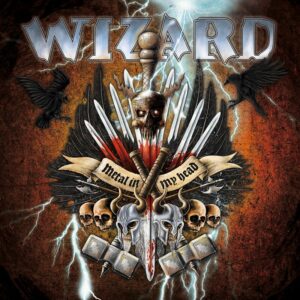 Wizard is an epic-power metal band from Germany. Many readers may already know this as Wizard has been slaying the masses since 1989 with METAL IN MY HEAD being the bands 12th full-length album. Well kids, I do believe this is my first taste of Wizard. Is it good? Yes it is. Did it blow me away? Not yet. While the overall album is good, it is not breaking down any barriers for me. While good, to me it is fairly predictable from track to track. This too could be one of those that I fall in love with in a year or two. That happens from time to time. I am still giving it a 4 out of 5 due to the fact that it is a descent album. I do feel I will need to keep this one in the car for awhile to fully appreciate the bands output here. 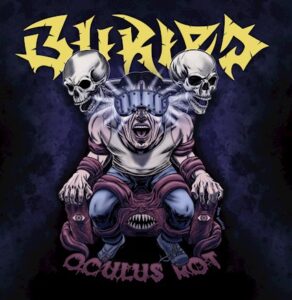 Get ready for some sick-ass death metal from the Netherlands. Featuring former members of Pyaemia, Buried pays tribute to old school death metal. There is a bit of a modern flare to their sound that does make them engaging to listen to. Bands like Suffocation, Revocation and Decapitated come to mind as they are also major influences of the members. Whatever inspires them to do what they do here, they need not stop. This is really good and really brutal in nature. The blast beats are plenty on this album with some of the sickest riffs around. I really enjoyed this one. I know those of you who lean more towards the heavier death metal bands will agree. And for those who do not, these guys are on the cusp, so give them a listen. I’m sure their style will win you over.