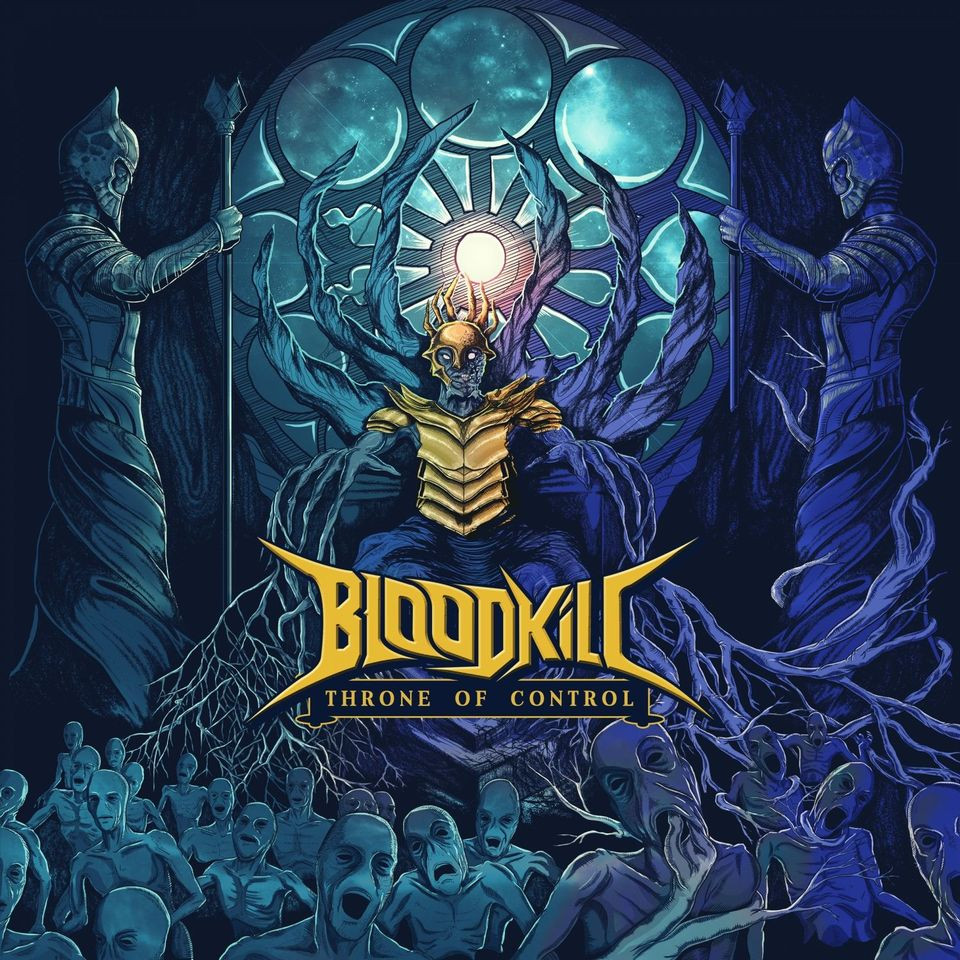 Coming at you from the Indian city of Mumbai, heavy thrashers Bloodkill have just self-released their debut album Throne Of Control.

Speaking about the themes that accompany the band’s rapid fire approach to heavy music, Bloodkill describe Throne of Control as having an underlying story about how things are bitterly different from how they look on the surface. “Two sides of the same coin, narcissism, corrupted governance and the presence of duality in everything is what we talk about with our debut full – length album.”

Clocking in at a little over 30 minutes, Bloodkill are clearly going for an all killer no filler approach. They use the minute long, appropriately titled, The Unveiling to set the stage for what follows – namely, the strident, thrash/punk chop of Blindead Circus – A steady showcase in which the band wear their Kreator influences on their sleeve.

The confident delivery continues on False Face. Here, Anirudh Gollapudi turns in some particularly savage verses over a neck-snapping riff. It’s the sort of arrangement that, in the absence of any live music while the world continues to deal with a global pandemic, will transport the listener to the front rows at Wacken. You can almost feel the heat coming off a packed crowd while you imagine the smoke and lights of a festival stage.

Three songs in and Bloodkill switch it up to demonstrate velocity is not their only weapon. 3B crushes at a much slower pace, maximising its weight and giving space to the buzzsaw grind of the guitars. For a relatively new band on their debut record, the five piece appear to have a really good grasp of dynamics. There’s a maturity and commanding sense of pace at play here – The energetic drive and triumphant twin guitars of Unite And Conquer are masterfully set against the ethereal swell that brings Horrorscope into focus before hitting a higher gear and thrashing like it’s 1988.

Recorded at Illusion Studios by Keshav Dhar (Skyharbor, White Moth Black Butterfly), the album sounds crisp and gives a great level of clarity to each musician, highlighting how well they play together. The core tracks fit together like a well-engineered machine and give a great foundation for Shubham Khare to peel out some impressive leads, which he does on every track – ably assisted by Vishwas Shetty on rhythm guitar.

For I Am The Messiah is a great showcase for the interplay between the two guitarists. Khare soars over the music, while his colleagues hold things down in a tight gallop. Jay Patil breaking into some reassuringly rapid double bass drum work.

But the most frenetic thrash-out is saved until last. Bloodkill deliver their title track as a full on blast that ends the album on a breathless climax. They incorporate a percussive drive to hammer the song home, building the tension with a repeating guitar flourish and ultimately ending with an abrupt stop. The void of silence left in the song’s wake is testament to the potency of the music and will undoubtedly have you reaching for “repeat” to play it again.

Throne Of Control will appeal to those of you who enjoy traditional thrash metal such as Testament and Exodus, but there is a contemporary flavor here too. Elements of metalcore and a modern groove coupled with a slick production ensure this is more than just a throwback record. 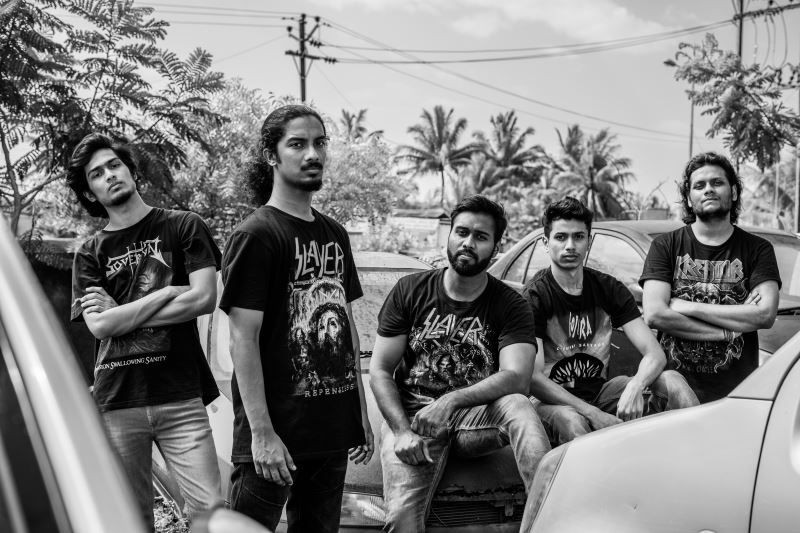