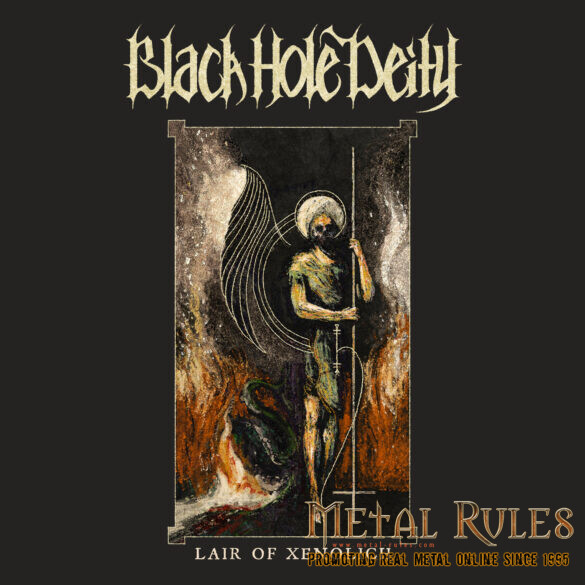 Death metal has a long history of welcoming many wide and versatile themes into its echelons. Whilst themes of gore and death, destruction, murder and violence reign supreme, science fiction or the speculative genres that talk about the unknown and the future have been common in the most extreme metal genre since its earliest days.

One new project which is keeping that tradition alive is new group Black Hole Deity, with their debut EP: “Lair of Xenolich.” I should point out firstly, that this is no novice band, it is composed of some of the most experienced musicians of the extreme metal world, namely drummer Mike Heller of Fear Factory and Malignancy. Vocalist Chris White is also a veteran from the ranks of Chaos Inception, so this is a band who pull no punches.

I really do not know where to begin in heaping the praise on this band, for this debut has a wow factor higher than most of the stars and cosmos they have woven into their output. Anyone who loves the likes of George Kollias will be hit around the head in a hail of wonderment at the percussion that drives this album forward like a hail of asteroid dust. The guitar riffs are bone-crunching and the composition is nothing short of pristine.

In the centre of all this wonderment is an instrumental piece “Hypersleep Dementia” which places the listener in a relaxing state I can liken to being in hypersleep when a spacecraft is travelling across galaxies. Black Hole Deity knows their schtick for certain and express it in full artistic excellence. For anyone who really digs scientific language or hard sci-fi entertainment, there is more than enough of that woven into the lyrics, making this the kind of band for the true science nerds who love death metal.

In total, I’d say this is 16 minutes of pure death metal bliss that will appeal across many crowds from the technical to the old school. But I can’t say it would bode well for those who enjoy slam or the slower, very brutal takes on the genre. Nevertheless, Black Hole Deity are a band who have landed on the death metal planet bringing out of this world excitement and I can’t see them fading into obscurity anytime soon. 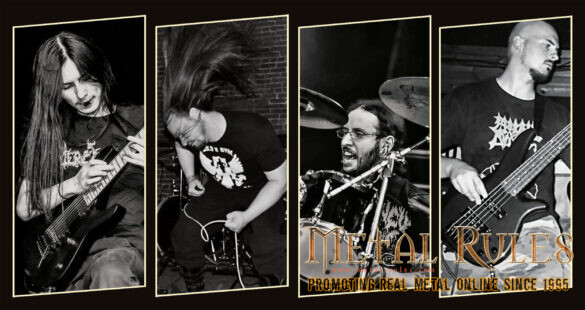