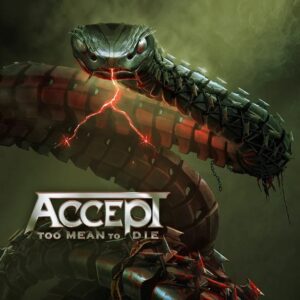 Accept are legends, there is no other way to say it. Formed in 1976 they have called it quits and reformed many times over the years but it seems that ever since the introduction of current vocalist, Mark Tornillo, who replaced the legendary Udo Dirkschneider in 2009, they have been on fire. Ever since the blistering BLOOD OF THE NATIONS in 2010 they consistently pumped out some of the band’s best work of their career. Original bassist Peter Baltes retired from the music scene in 2018 leaving Wolf Hoffmann as the sole remaining member.

So Wolf decides to recruit some new talent. Baltes replacement is German bassist Martin Motnik, who played on Dark Seed’s 2005 effort ULTIMATE DARKNESS. Hoffmann had already tapped riffmaster Uwe Lulis for their previous release. His riffs and guitar wizardry made EXCALIBER my favorite Grave Digger album. So now he gets a third guitarist, American Philip Shouse, who played with Gene Simmons and Ace Frehley. So with a triple axe attack, Accept return with their sixteenth full length album, TOO MEAN TO DIE…and that may not just be a clever name. As soon as the first riffs of “Zombie Apocalypse” rip through your speakers you know that this album is going to be a scorcher.

Once again, Andy Sneap’s signature sound gives the guitars just enough crunch in the riffs while the solos are melodic and godly. Sneap’s sound and Lulis’s riffing make songs like the title track just rip right through you. This song is a serious scorcher and gets their point across quite well. Then you have a song like “Overnight Sensation” that is pretty much a dark tongue in cheek look at  pop culture and social media. Of course with all that is going on in the world, this album does have a bit of a darker theme. Songs like “No One’s Master” or “Sucks to be You” are in your face and their messages are very clear. “The Undertaker” starts slow and builds to this massive song with that signature Accept chorus that starts with the “WOH OH OH.” It is this darker theme that seems to also make these songs the scorchers they are. “Symphony of Pain” is another example of just how they harnessed that darkness to make a beast of a song.

Accept have been sick, dirty, and mean since their inception. TOO MEAN TO DIE was written and executed in that classic Accept fashion to show the world that Accept are still a driving force in metal. Wolf Hoffmann may be the only original member remaining but he is not only keeping the legacy alive but he continues to move the band forward. Bringing in the new decade on a strong note like this shows that Accept truly are too mean to die. 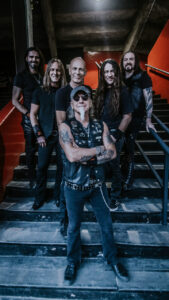