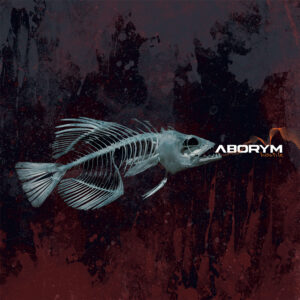 It can never be easy reinventing oneself, and far less so in the world of art. Establishing oneself in one frame of light, only to transform into another can be an example in both bold autonomy, and potential career suicide. Of course, to remain stationary and avoid development risks becoming stale, but there’s at least a dependable safety net to fall back on. Are pastures greener elsewhere, or is it best to stick to the tried and trusted? What to do, what to do…

That Italy’s ABORYM have managed to not only reinvent themselves from their early days in abrasive black metal (tinged with industrial), but remould into a successful industrial metal band is credit to their talents as a band. In metal, it is certainly no hyperbole to suggest that deviating from one’s original sound could be the first and final step to being unceremoniously dumped onto the musical scrapheap, but black metal has its own rules. Much has been said about the elitism within the genre, but one can imagine that fans weren’t best pleased when ABORYM emerged with their industrialised iteration and much less so when the black metal aspect was largely dropped as the new millennium wore on.

Regardless of what a few vitamin D-deficient basement dwellers think, ABORYM’s choice to move on and expand their industrial sound has paid dividends, and their latest is no different. At first glance, the hour-long ‘Hostile’ almost appears a little on the long side (especially with modern shorter attention sp-…), but it’s a rather absorbing mix of industrial, metal, psychedelia and post-somethings that runs right through the human condition and the darker experiences of life. No idea is too out-there, but simultaneously, no idea does not fit exactly where it should. In that spirit, the black metal aesthetic of non-conformity to norms is alive and well (despite the obvious irony found in the aforementioned sun-shy hermits’ opinions).

For those still hoping out for a little of ABORYM’s former selves to make an appearance, the closest you will get is in the raucous “Stigmatized (Robotripping)” – concerning stigmatized identities – and the TOOL-esque “Radiophobia”. Of the latter, it has a certain meditative quality in the drumming and electronic loops that echoes their American brethren, until some terrifically in-your-face double-bass and locked-in riffage finishes it all off to give it a nice, aggressive snap. “Solve Et Coagula” is probably the band at their most industrial, with buzzing synths and loops peppering up-tempo riffs, whilst the mechanical and cold “The Pursuit Of Happiness” melds the two schools together ably. Yet it is sombre tracks like the beautiful and wistful “The End Of A World”, or the haunting “Sleep” where the band hits a stride with that most dastardly of words: melody.

Whether that be the robot-like melodies or tasteful piano on “The Pursuit Of Happiness”, or the digital signal bleeps on “Lava Bed Sahara”, ABORYM know how to use their industrial and melody tastefully. It would be so easy to bolt a load of noise onto your album’s worth of songs and call it an early lunch, but this feels like it is part of the very fabric of the music. Were this a recent transition into the genre, plaudits would be merited for careful songwriting. That this is a band in their stride and at the height of their powers, it’s a demonstration of mastering your craft.

Sonically full and intriguing, with some damn-fine songs to boot, ‘Hostile’ is another delightful chapter in the ABORYM story. That there are people out there who are potentially missing this as a result of their aversion to the band’s dereliction of black metal is a shame to only themselves. While they can stick with the same tried and trusted stuff, the rest of us can enjoy a bloody fine record created by a band who know what they want out of their music. A fine start to 2021. 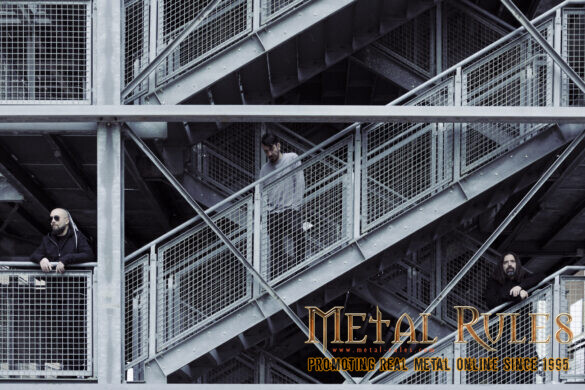