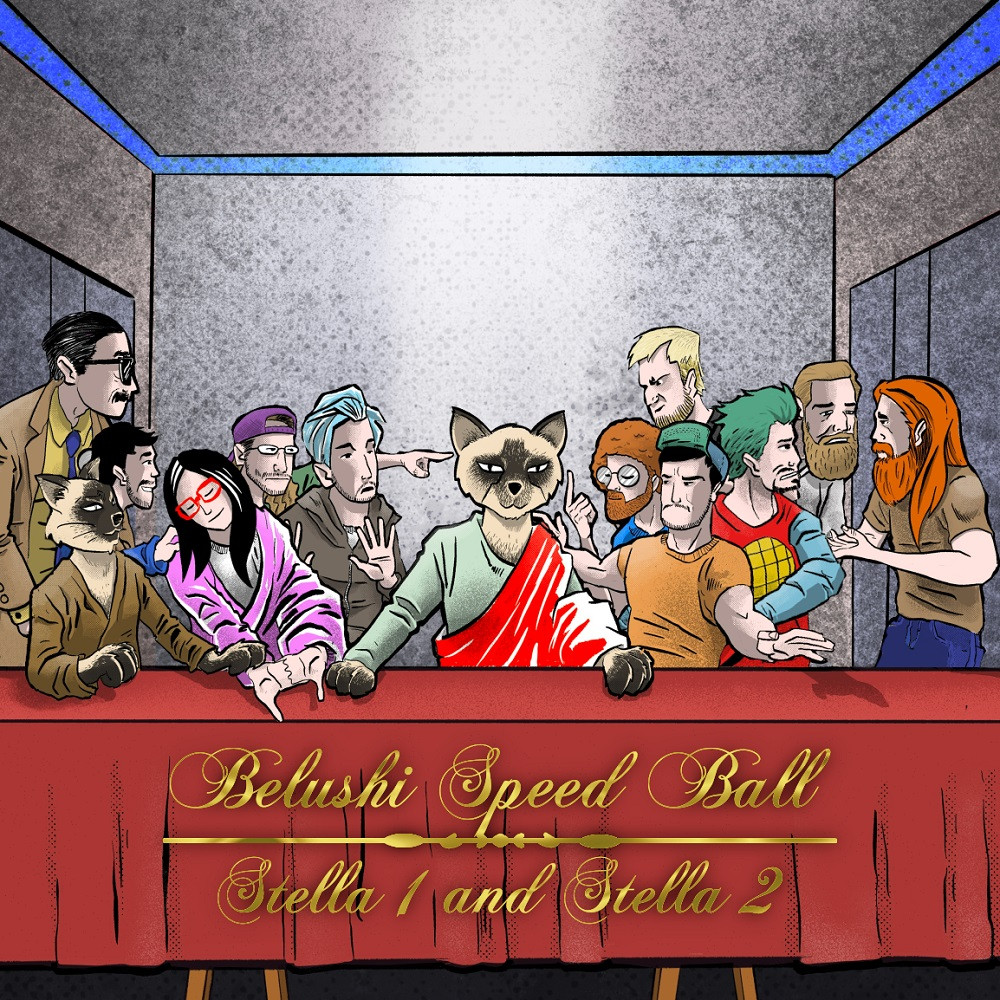 Metal Rules is proud to premiere the new album from Belushi Speed Ball.

“We are super excited to release our Double EP, Stella 1 and Stella 2 VIA sonaBLAST! Records. It has been a dream come true working with Joel Grind (Toxic Holocaust) in the mastering process, and Chase Bensing in Recording and Mixing. We know our fans will have just as much fun listening to these songs, as we did creating them.”

There are bands who do things by the book…and then there is Louisville, KY’s own Belushi Speed Ball, who have successfully thumbed their collective nose at conformism since 2013. Belushi Speed Ball nominally play an aggressive brand of crossover thrash, but their focus on absurdity and unorthodox aesthetics allows them to stand in a category of their own creation.

Notorious for thrashing (and trashing) venues with their eccentric theatrical performances, every Belushi Speed Ball live experience is deliberately very different from the one prior. Their most recent performance, to paint a vivid picture, was a post-pandemic show where the band played from a moving van, visiting socially distanced bar patios while dressed in apocalyptic Mad Max attire. Each unique live experience is documented on the band’s official youtube channel, “The Señor Diablo Show.” In the words of Leo Weekly, “Watching a Belushi Speed Ball show is a lot like going to a pro wrestling event. There are costumes, outlandish characters and antics, raw energy and the key ingredient: an involved audience.”

To date, the band has released their music on notably obscure media. Prior releases include an album on a comic book, a working album for Gameboy Advance, and a single housed within the bowels of a Furby. Keeping with non-conformist tradition, their newest album will be released on (literal!) tapestry, which includes an informational VHS tape.

Stella 1 and Stella 2 is a double EP set to release January 21st, 2021 via sonaBLAST! Records on CD, digital streaming, and tapestry. Alongside a veritable bevy of crossover bangers, this release features the brand new single “We Are Not Thrashers, We are Hipster Posers,” which was written in response to a harsh youtube comment left in regards to Belushi Speed Ball‘s physical appearance. Says vocalist Senor Diablo in regards to this latest opus: “We are super excited to have worked with Joel Grind and Chase Bensing in producing our new double EP. Keeping with the theme of obscure media release, we are proud to present our new album with informational VHS on literal wall tapestry, in addition to CD and all streaming platforms.”

Stella 1 and Stella 2 was mastered by Joel Grind (of Toxic Holocaust) and recorded and mixed by Chase Bensing. Album art created by Mxtro Catpiss 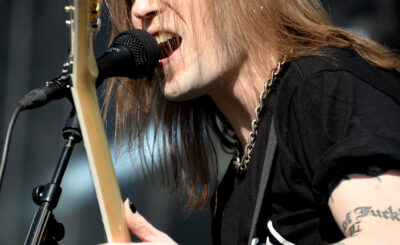