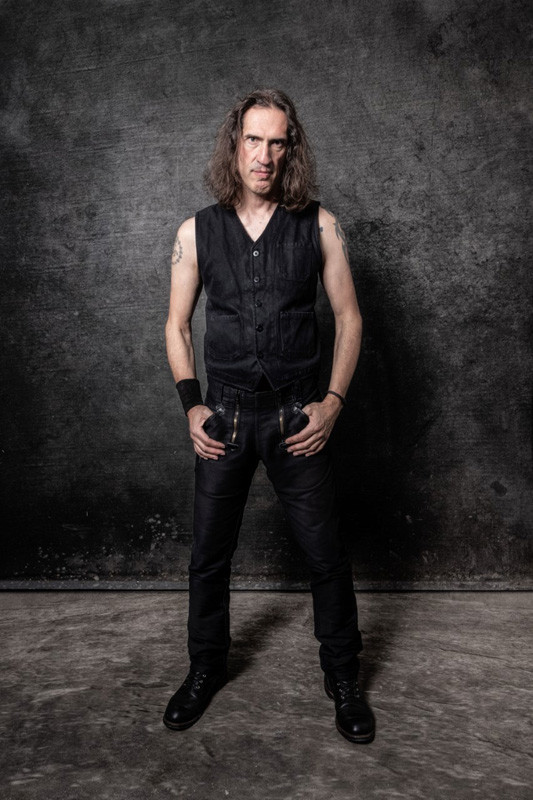 From Germany comes the band Squealer that have been around since 1984 and their debut album titled MAKE MY DAY hit the streets back in 1992. Now it is time for the band to release its 10th album named INSANITY which follows up the 2018 year album BEHIND CLOSED DOORS. I have a very short talk with guitarist Lars Döring about the new album and the guests the band have on the album in Bernhard Weiss (Axxis), Zak Stevens (Savatage, TSO etc) and Roland Grapow (Masterplan). We of course also spoke about the new album, why the band have suffered so many member changes through out the years and why the band have played so little over the last years. Enjoy…..

Hi, Lars I hope you’re doing fine and ready to take on this interview with metal-rules.com?

Yes, we’re doing fine and it is a pleasure to make this interview with metal-rules.com.

First off, the band have been active since 1984 that’s quite a long time, congrats 🙂 in 2018 your previous album BEHIND CLOSED DOORS were released, what did the public think of it?

I think first and foremost it was a great surprise and joy for our fans that there was another new album from us. We got really great feedback. In addition, we were not forgotten in the media and we were given a platform to report on BEHIND CLOSED DOORS. And the media gave us a lot of good reviews. Later on in 2018-19 the band did a few selected shows in Germany, Poland and Belgium, how was it and why is it that the band have done so few live shows through the years?

We weren’t completely submerged and played concerts here and there, including 70000tons of metal. But it wasn’t so easy to fill a more extensive tour with a current album either, we have to build that up again first. So this time we didn’t take too long with a new album. Unfortunately, Corona reigns the world.

It’s you and Michael who’s the original members today, through the years many members have come and gone, why has it been hard to maintain a solid line up?

We played our recordings and concerts primarily out of conviction and fun. The commercial aspect never came first. Unfortunately, not all of our companions brought with them so much idealism or were able to maintain it over time. Being a member of a heavy metal band is always associated with a lot of effort and usually little wages. It’s like a battle in which you lose a lot of comrades right and left because they are not strong enough to hold out. With some of them, the chemistry just wasn’t right.

Where does the band name come from and does it have any special meaning to you and the band?

Squealer officially started in 1984. The founding members were still students. The idea for the band name probably came of the AC / DC album titled “Squealer”. At that time, if you were part of a heavy metal band in our region, you were definitely part of the bunch of screamers. And one translation of the word Squealer is a screamer.

When did the band start to work on material to the new album and who writes the music and lyrics?

The album consists of a collection of ideas from different eras. Some are many years old and have only just been finalized, others were only created this year, sometimes very shortly before the scheduled dates of the recording sessions. We began with the recordings in July. From then on everyone had to work quickly to meet the deadline. It worked. Musicians probably also need sometimes pressure so that songs can be finished at some point. Sebastian and Manuel contributed some material, but most of the songs were written by Michael and me. Sebastian and Manuel wrote the lyrics. Michael then took care of the crowd vocals and choires. So the album is the product of the whole band. Unfortunately, Peter could only contribute a little. Martin left the band at the same time when we get the first date for the drum recordings. Peter only had a couple of weeks to put all the material on it and recorded it. He mastered this task with flying colors.

According to the info sheet INSANITY takes off where BEHIND CLOSED DOORS left off, can you tell us what that means?

This is again a typical Squealer album, varied with a lot of energy, composed, arranged and recorded with a lot of zeal and attention to detail, meaningful lyrics and many melodies embedded in a top production.

The album clocks in on about 50 minutes which is pretty long time for an album nowadays, was it the bands intention to make a longer album or did it just happen?

It is our intention to put 10 songs on the album. It shouldn’t be less. We recorded 11, one of which was not finished. We will release this track later, maybe as a special digital sale. The thing about the playing time just happened that way.

“My Journey” is about the fact that the press and social media offer assassins a platform before, during and after an attack to communicate with their “fans” and to glorify their deeds (inspired, among other things, by the Norway massacre by Anders Breivik 2011).

“Black Rain” is a song about the tedious way out of a depression. The “black rain” symbolizes the washing away of worries and the way out of the dark into the light.

You got a few well known guests that makes appearances on the album like Bernard Weiss (Axxis), Zak Stevens (Savatage) and Roland Grapow (Helloween, Masterplan), are you guys old friends or how did they end up on INSANITY?

The contacts had existed for a long time and we just had the feeling that it was great to include other musicians on this song. The idea for the whole thing came at very short notice. The studio was already booked when this song was created. Michael sang the song at first to set a starting point, sent it to Zak and Bernhard and asked if they could imagine singing the respective parts. They thought the idea was cool and that’s how it was done. Then we asked Roland if he would like to play a solo over the outro chorus, which he did. It was important to us to find people who also enjoy the song. That’s how it was and what was already a great song became even more great. How come you named the album INSANIY and who came up with the cover art work to the album?

That the album should be called “Insanity” only turned out late. We deal with different topics that have to do with the madness in our society. The idea to put a band photo on the cover had been around for a long time. And for the 10th album it fits to celebrate the anniversary confidently on front of the album. Some will also find this madness and may also be bothered by it. If you look at the enormous number of releases, then there are certainly a lot of very good covers, but such a classically designed cover quickly gets lost in the crowd. Who has dared to put a band photo on the cover in metal in the last few years? Not many, we are doing it now. The album is called “Insanity” because somehow everything is crazy right now. In terms of content, the album deals with various topics, each of which can be described as madness in itself. At least the album title leaves room for interpretation.

Metal-rules.com gave INSANITY a 3 out of 5 rating, what do you think of that and have you ready any reviews of the album yet, do you care about what critics have to say about your work?

The reviews published so far ranged from 7 to 9 points within a maximum of 10 points. We don’t need to hide with that. Sometimes reviewers don’t really bother with an album. It gives the impression that they have only skipped through the titles and then think they can make a judgment. If that turns out to be bad or mediocre it is annoying because it is then carried into the public without any real basis. But if someone has dealt extensively with the album and expresses understandable criticism, then that should be an occasion to question what you are doing. Some things can and will be improved in the future, others not. A negative criticism can therefore also be valuable, but it must be based on a solid foundation of knowledge and analysis.

This is about drawers in which man can easily sort something. It is the same with the album cover. It has to be clearly visible outside what is inside. Sometimes our versatility is also the reason for a devaluation in reviews. We want to create songs and records that we like and that always requires variable song material. Many professionals advise to stick to one style in order to be successful. Maybe they are right, but this is a little bit boring, isn’t it? Our fans are also versatile and find varied songs on every album, but always in the wake of Power Metal and Thrash Metal with a certain amount of Squealer. One thing is very clear, it is the most coherent Squealer album to date. The songs are varied, but the album isn’t a mixtape. The sound is aggressive but not brutal, it’s just fun to hear the record. And we have increased in many areas in terms of individual sounds, guitar playing, bass and ultimately also the vocals. The info sheet say that fans of Rage, Metallica, Sentenced, Morgana Lefay and Overkill are going to like the music of Squealer, can you agree with that? I mean it’s quite of a range in between the music of those bands?

As we in the band are not musically on one line, there are different influences. Sebastian stands e.g. totally into the old Whitesnake, I still like the typical Bay Area Thrash, otherwise of course we all like the classics like Iron Maiden, Priest and Metallica. That is a much wider spectrum. Yes, I agree. But they are what they are and we are Squealer.

Well, my time is up now and that was all me and metal-rules.com had this time around, a huge thank you for taking the time making the interview, I wish you and the band all the best in the future, do you have any final words of wisdom to share with fans and readers.

He who leaves others their dignity has dignity. Be nice and fair to each other and if you like, listen to our new album “Insanity”. 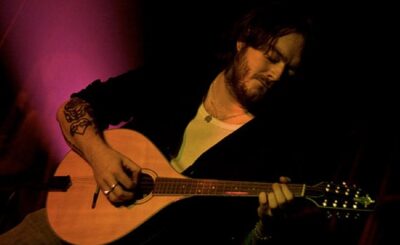 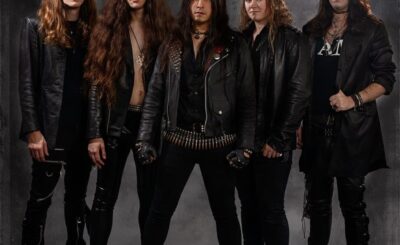 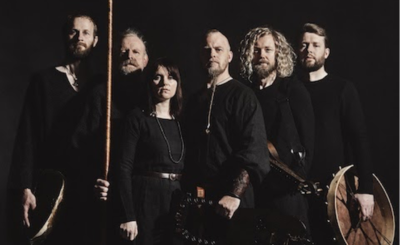 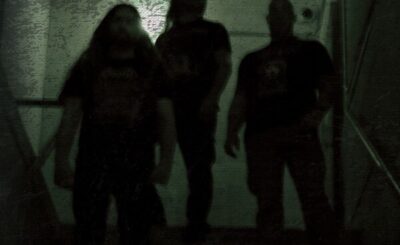 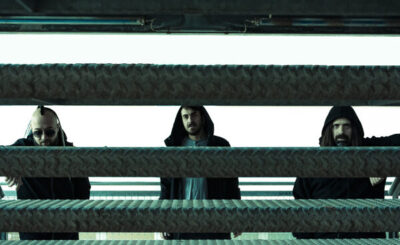