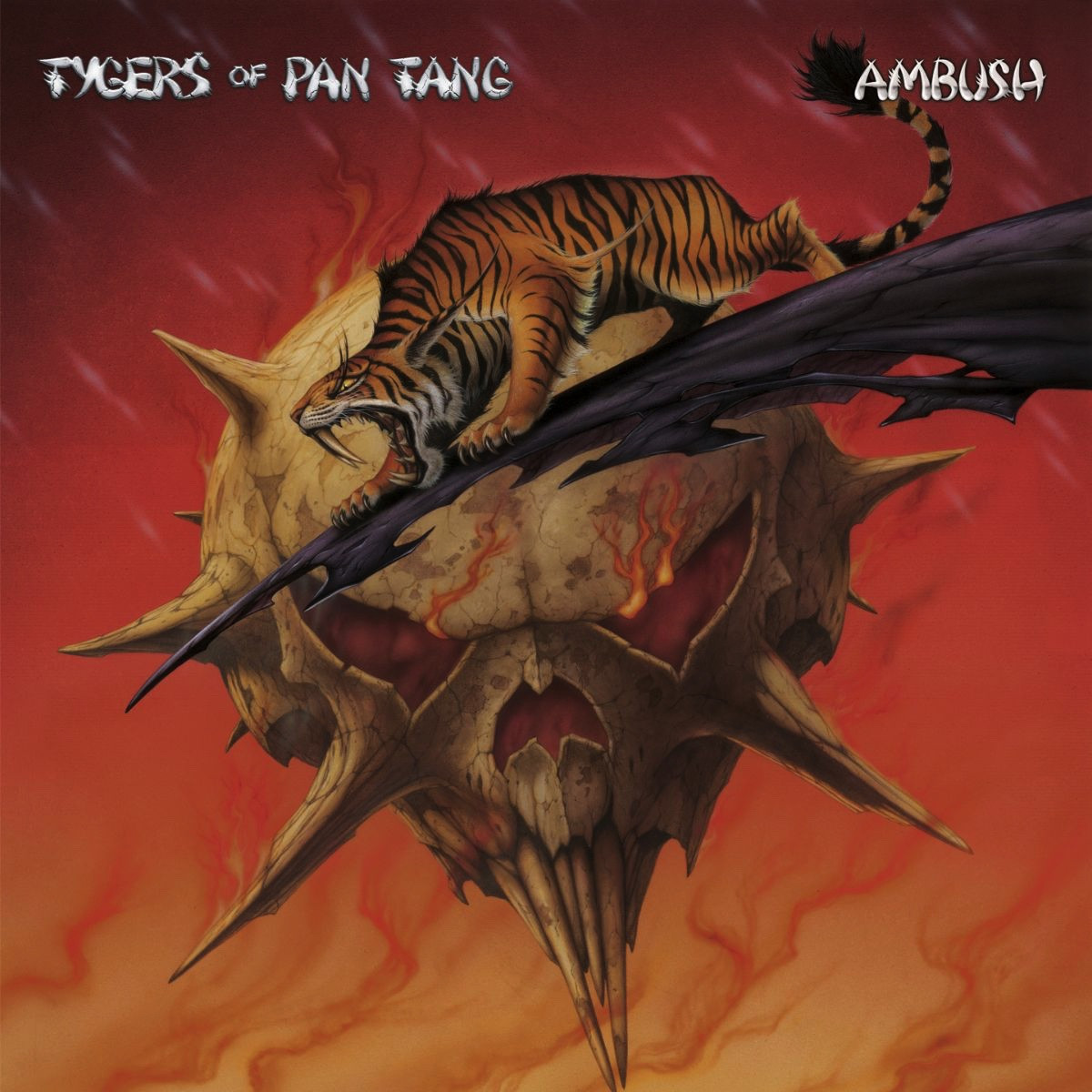 Recorded and produced by Chris Tsangarides at Ecology Studios UK, “Ambush” was, in 2012, the tenth TYGERS OF PAN TANG studio album. It was the first album to feature current bass player Gav Gray and the final recording to feature guitarist Dean Robertson. It gets now a full reissue treatment, via Mighty Music.

”Ambush” (2020 re-issue) comes newly remastered at Medley Studios, Copenhagen, with extensive sleeve notes from all of the band members. Four bonus tracks complete the package including two live tracks featuring the line up that recorded the album. It’s a cold day in Kent in 2012 and Tygers of Pan Tang have convened at Ecology Studios to record their new album. No one could have realised that this would be the last recording to feature guitarist Dean Robertson. Neither could the band have guessed that it would be the last time that they could work with a man who had been involved with them since the very beginning – Chris Tsangarides. Chris was such a totem to the band that vocalist Jack Meille has commented, ”I was so excited to meet and work with Chris Tsangarides. The week I spent in the studio with him marks a landmark in my musical career. Chris made me feel so comfortable and allowed me to discover the full potential of my voice. Thank you Chris, this remastered version of ‘Ambush’ is dedicated to you!”

Uplifted by the reception given to their previous album the band were firing on all cylinders. A set of newly written songs were rehearsed and merely awaiting the magic that Chris would add, as he had done to earlier albums such as the majestic ”Spellbound”. The band’s reputation, as a live act who could deliver had ensured that they were a welcome addition to any festival bill resulting in a sharpness as honed as at any time in their illustrious past. Guitarist Dean Robertson recently commented, ”The ideas were good, very good in fact, I think the four of us were finally getting what the TYGERS sound was and Robb was buzzing’’.

Those ideas came not from one man but from all band members with new bass player Gav Gray and long serving drummer Craig Ellis proving that they too could write and create new music in true Tygers’ style. But we will leave the final word to Robb Weir, the man who founded the band and continues to believe in the power of their music. ”An Ambush is actually the collective name for a group of tigers in the wild. I felt that we were focussed and united on that record with a surging creative spirit so ”Ambush” seemed like the appropriate name for the album.”