Snakeblade is a one-man black metal band born in Vancouver, Canada, out of Covid-19 boredom. The last couple of months have been very productive for the project, exemplified by the upcoming full-length album “The Kingdom” introduced with the single “When Kingdoms Collide”.

The man behind the project is Mike Redston and he explains how the band and album came to be and what it means for him:

“Snakeblade all came about during the Coronavirus lockdown. Searching for an escape from pandemic anxiety, I absorbed myself in this project and recorded an entire album in about one month. Like many people during this crazy year, I struggled with a lot of anxiety and depression. Snakeblade is my fun escape from all that.”

Coined as fun, nerdy n’dirty black metal, the project completely deviates from the staunch ‘be grim, no smiling’ traditional black metal. The single “When Kingdoms Collide” is the anthem for Snakeblade and its vision. It’s an ultimate escape to a land of fantasy. The songs on the album are heavily influenced by Lord of the Rings, The Witcher, Metal Gear Solid, and Dungeons and Dragons, and the single describes a medieval battle of epic proportions: “Spells! Swords! And Fire!”

The album has a handful of guest solos from other Canadian musicians including Devan Howes (Kayas); Dylan Parker (Protosequence); Kyler Li and Matthew Pancoust (Truent). Ever the ambitious one, Redston doesn’t anticipate Snakeblade staying as a one-man project for long. He is working towards bringing the creative and fun atmosphere to live venues when able and this album is going to kindle interest in anticipation.

Snakeblade is recommended for fans of Immortal, Skeletonwitch, and Midnight; “The Kingdom” marches into ears on July 31, 2020, ready yourselves!

Amidst the Covid-19 pandemic, Snakeblade was formed as an escapist project by Mike Redston while the entire world quarantined. What came out of this anxious time may surprise you though, as Snakeblade refuses to follow typical one-man black metal trends. Every song explodes with energy and youthful rage, delivering a pummeling of riffs, blastbeats, and shrieking vocals. With lyrical topics of fantasy, medieval battles, lord of the rings, and video games, Snakeblade is a headbanging nerd’s wet dream.

“Snakeblade is where all my nerdiness gets released. I’m a big fan of fantasy, video games, RPG’s, all that shit. Songs on the upcoming album “The Kingdom” were heavily inspired by Lord of the Rings, The Witcher, Metal Gear Solid, and Dungeons and Dragons. The name Snakeblade actually comes from my first character in Dungeons and Dragons, which was a bugbear.”

This is the only beginning for Snakeblade as onslaught of more music is to come with two albums worth of material ready to go.

Snakeblade’s debut album “The Kingdom” is due out July 31st, 2020 and was mixed by Myles Ogilvie (Diretone Music) and mastered by Logan Macdonald (Logan Gordon Engineering) 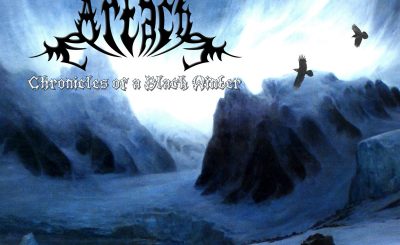 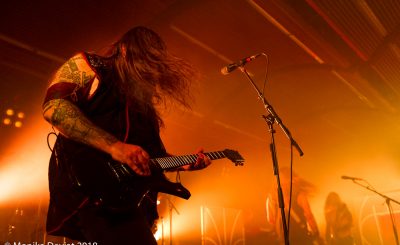