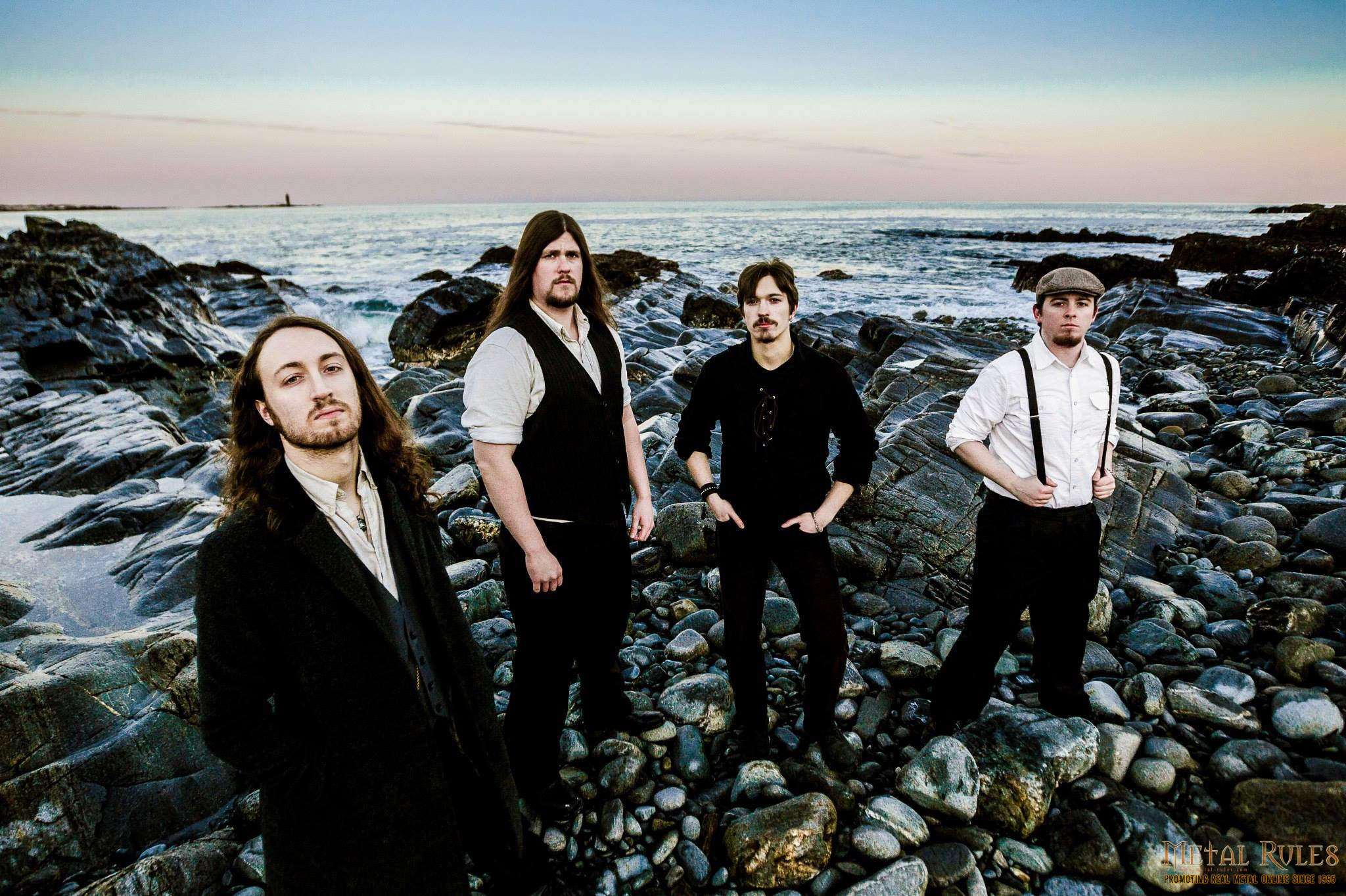 With the release of their third studio album “Veil of Imagination” getting closer, we caught up with the symphonic/progressive collective Wilderun to see what the band has in store on the new record, and for the near future. Hey guys! Thanks for joining us. So let’s begin with the new album, ‘Veil of Imagination’, what is the meaning/concept behind this release?

Evan – I wouldn’t say there’s one clear meaning or concept, musically or lyrically, but some general themes it revolves around.  Musically, I think one of the main emphases was to broaden our dynamics even farther than before, not only in terms of soft and loud but also in terms of light and dark.  I feel like a lot of metal stays too much in one mood, and we wanted to emphasize the contrast of different emotions and atmospheres.  Lyrically, it generally revolves around the human mind’s incredible ability to obscure reality in favour of endless, intrusive, and often unhelpful thought patterns.

Is this album a continuation of your previous release?

Dan – I would say that musically this is a continuation of “Sleep”. We took a similar direction with a goal for bombast and grandiosity but changed the atheistic to one more of an orchestral wall of sound than one whose backbone was rooted in darker folk music.

Where did you draw inspiration from when creating this album?

Evan – It’s always hard to say where inspiration is directly taken from.  I think we all just take in a bunch of music, art, and various other stimuli throughout our lives, and then just try to make something cool whenever we make an album.  Sometimes I can connect the dots retrospectively, but I’m usually not thinking too actively about where specific inspiration comes from.  For the sake of giving you some sort of concrete answer, I know I was listening to Sufjan Stevens’s amazing album “Illinoise” when writing some of this material, and I think that comes through at a couple of points.

Do you have a particular writing process when producing new material? Or a favorite studio to record in?

Dan – Our writing process is always changing. I think it’s important to change the process a bit with each album otherwise you’ll inevitably come up with more or less the same results. The writing process is slowly becoming more and more collaborative with each release as we learn how we all work together and what the core sound of Wilderun actually is. As of right now, all of our records were recorded at MoreSound Studios in Syracuse, NY so we can only say that we love the atmosphere there and all the engineers we’ve worked with at that studio are fantastic. Perhaps we’ll try another studio at some point in the future but for now, we continue to find inspiration there.

Have you used any instruments that you’ve never done before on this new release?

Wayne – The first thing that comes to mind is the fact that we utilized synths quite a bit on “Veil.” The idea behind it was to add some synthetic textures to bolster the orchestra in an effort to achieve this “wall-of-sound” effect. Dan created and added a bunch of awesome synth textures, which definitely hype up the larger epic sections of the album.

Additionally, on “Veil,” we have a ton of sections that prominently feature the piano. In the past, the piano was usually just another texture woven into the orchestra, but on “Veil,” you’ll hear lots of sections where Evan is singing over just piano or piano backed by an orchestra. Sonically that’s pretty different than our albums in the past.

Folk instrument wise, during the few quiet sections on “O Resolution”  I bowed an acoustic guitar to play along under the chord changes, and then also bowed my banjo to create another pad texture on top of that. That’s something we haven’t had on our albums before.

What inspired you to bring orchestration into your sound?

Evan – We’ve been using orchestration from the beginning, so it’s a bit hard to say what originally inspired us, besides just the general desire to create something ‘epic’.  The first album was very much in the ‘folk metal’ territory, and a lot of those folk metal bands we were listening to used orchestral samples, so I think it was a pretty direct link.  Also, just simply having Wayne’s orchestrating abilities from the start was an asset that we couldn’t pass up.

You say in the press release you wanted originally to be a Folk Metal band, can you recall what made you take a slightly different approach to the metal folk genre?

Evan – I think after “Olden Tales” we just felt like we had dried up that well, at least in that particular way.  We set out to make a more “American” version of a lot of the European folk metal we liked, and I think we did a decent job at it, but it became clear we didn’t want to have an entire career defined by it.  It felt like that would quickly become limiting and boring, so we decided to explore a couple of different territories, and see what we could come up with.  A lot of that folk metal sound and vibe still remains in our sound, but we try to incorporate it in a way that feels fresh to us.

People nowadays describe your sound as Symphonic and Progressive Metal, how do you personally describe ‘Wilderun’s’ sound to anyone who hasn’t heard it before?

Dan –  I tend to describe it as “epic metal” since I think that’s what’s really at the core of our sound. I can’t imagine Wilderun writing a record that wasn’t epic in some sense of the word. It’s also a vague enough term that doesn’t put too many preconceptions in your ear when you hear it.

What inspired you to start the band in the first place? Were you raised within a musical background?

Evan – For sure.  My parents are musicians, so music has been in my house as long as I’ve been alive.  I mostly played the drums in my teenage years, but eventually focused more on guitar and piano so I could really work on my songwriting.  I think I wanted to start a band when I really started working on my songwriting chops.  I was in a few bands as a player earlier on, but composing quickly became my favorite thing to do, so I knew I’d need to start my own band in order to have an outlet for that.

Where does the name, ‘Wilderun’ originally come from and what made you choose it?

Evan – It comes from a fantasy book called “The Elfstones of Shannara”.  It’s the name of a dark, menacing forest in the Shannara world.  To be honest, there’s no connection between the book and the band, I just felt like it was a cool word.  And considering Wilderun has always been very ‘wilderness’ feeling to us, atmospherically, it felt appropriate, aesthetically.

How has the pandemic COVID-19 affected your plans for this year, musically or professionally?

Evan – Pretty badly, unfortunately.  We had to postpone an April tour we had planned with the excellent Canadian band Aeternam.  Still no word on when that will be rescheduled for, but hopefully sooner than later.  We also had our first-ever trip to Europe planned for October, to play both the ProgPower Europe and Euroblast festivals, which were sadly cancelled.  However, this is happening to all musicians worldwide, so we certainly can’t complain.  Just doing our best to be patient and try to stay productive.

When touring, do you have a favorite country to play in or is there anywhere/festival you’d like to play and haven’t yet?

Dan – As of yet we’ve only played in the US and Canada and they’re both fun to play for their own reasons. It’s always been my dream to play shows in Europe since that’s where most of my musical influences have come from and I’m very happy that we’ll finally get the chance to do that now that we have a great label behind us.

When you start touring again, what shows do you have lined up?

Evan – The only thing we have booked for certain is a European tour in the Fall of 2021, opening up for Soilwork, Ne Obliviscaris, and Infected Rain!  It’s definitely the biggest touring opportunity we’ve ever had, so we are very excited.

What advice would you give to anyone who wants to start their own bands?

Dan – Find band-mates who are or can be your friends. I honestly couldn’t imagine not being such good friends with my band-mates. You spend so many years touring across the country in cramped vans you’re bound to have moments where somebody loses their mind and you need to have that personal connection with them in order to keep things running without devolving into madness.

Wayne – Always be mindful of the fact that the endgame is to get to share your music and creativity with the world, and collectively as a band trying to accomplish that you will have much greater success if you start from a place of always having respect for each other and supporting each other, inside and outside of band-related stuff. I’m so grateful that in Wilderun we are all really like-minded in our band goals, but outside of the band we are also fantastic friends who support each other through life struggles, celebrate each other’s successes, and always let each other’s voices and ideas be heard.

What do you enjoy most about being a musician?

Dan – For me, it’s playing live. As rigorous as touring can be and everything involved in putting on shows can be a nightmare, that feeling of getting on stage and playing a good show to a pumped crowd is unbeatable.

Do you have any other interests outside of music, any hobbies?

Dan – I’ve been really into hunting for the last couple of years. I’ve always been a very outdoorsy person but getting into something as difficult and patience-testing as hunting has really humbled me as a person. There’s also something indescribably magical about getting out in the woods in the early morning and watching the world wake up.

Wayne – I like to do woodworking for fun. I’ve been building recording studio furniture, like rack cases, desks, and shelf units. It’s really gratifying to take a bunch of random lumber and old rustic wood I find and put together to make something useful and purposeful. Lately, I’ve been dabbling with building experimental instruments. Hopefully, some of those will show up in some new Wilderun material!

Evan – For some reason, I’ve become a bit of a coaster enthusiast over the past couple of years – mostly just wasting time watching stuff on YouTube but occasionally getting to parks when I can.  It was a thing I loved as a kid, and sort of forgot about until recently, and now have a newfound appreciation for.   Also, this is a much less impressive and less productive hobby than Dan or Wayne lol, oh well.

Thank you again for your time. Is there anything you’d like to say to your fans and our readers?

Evan – Thanks for the interview!  And, as always, I just wanna say thanks to everyone that’s continued to support us, especially during these tough times.  If anyone hasn’t gotten their copy of “Veil” it will be available through Century Media, both CD and Vinyl, on July 17th.  Thank you, everyone, who has purchased them so far! 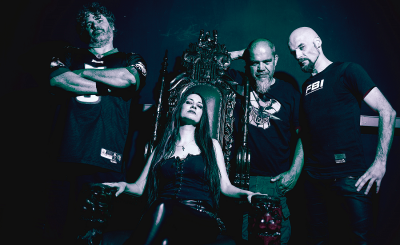 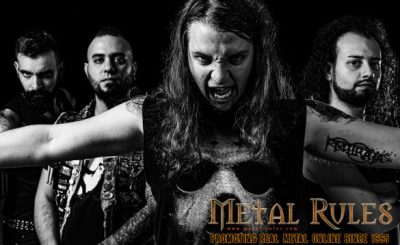 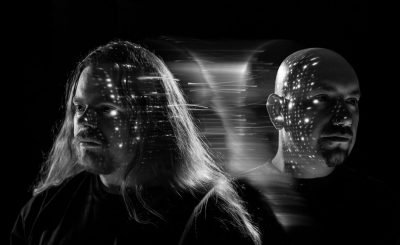 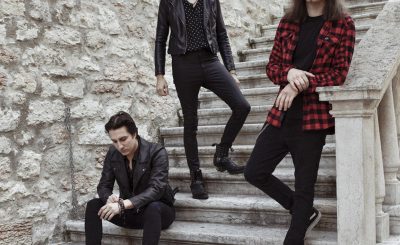 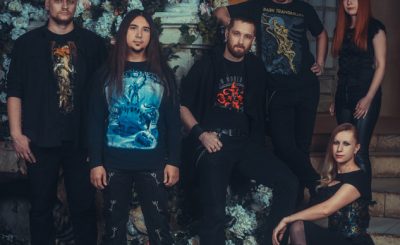 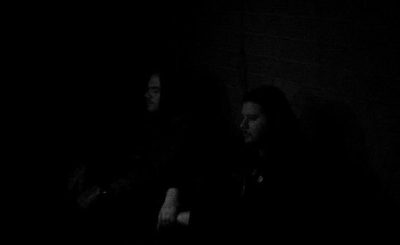