Says drummer Ryan Van Poederooyen, “’The Quarantine Sessions’ are getting pretty fun to do for all of us in IMONOLITH. We’re changing it up with every session we do. The videos have been getting a great response from our supporters and we’ve been gaining new supporters along the way. It’s a great way for all of us in IMONOLITH to keep active and give people something fun to watch. Jon’s kicking ass editing the videos and we’re all having fun recording our parts for it.

This is our fourth song we’re releasing called, ’The Mourning.. It’s a song about being yourself and not conforming to someone else’s idea of how you should live your life or do things… you’ll become one of ‘The Mourning’ as a result. The song is a bit left field compared to the rest of the record and we love that! Jon’s vocal performance is pretty unique and varied throughout this track. Beav and Kai have guitar solos in this song that possess a lot of twists and turns, while Scott and I lay down a plotting, heavy foundation. Hope you dig it, and don’t forget to check out our Live IMONOLITH Instagram Feed tomorrow at 12:30 p.m. Pacific Time with some IMONOLITH members. See you there!”

IMONOLITH features drummer Ryan Van Poederooyen (Devin Townsend Project) guitarist Brian ‘Beav’ Wadell (Devin Townsend Project), Jon Howard (Threat Signal), guitarist Kai Huppunen (Methods of Mayhem, Noise Therapy) and Scott Whalen (Econoline Crush). The collective of heavy-hitting players is at the top of their game recently releasing their debut album, State of Being, on March 27. The album features special guest appearances from Jens Kidman (Meshuggah) and famed Swedish vocalist Johannes Eckerström and is made up of 10 hook-laden, riff-heavy tracks that center around the theme of how people deal with various stages of life.

The album has seen the release of four singles and videos – “Hollow,” the 2019 debut single that made big waves, racking up 216K Spotify streams, “Instinct,” “Dig”; and the most recent single, “Becoming The Enemy.” With the release of these singles, IMONOLITH has already received worldwide praise that has garnered them a massive number of streams and attention from the media and fans alike.

State of Being is available in exclusive vinyl and CD formats at www.imonolithband.com, or you can stream the album at the service of your choice here: https://lnk.to/stateofbeing. 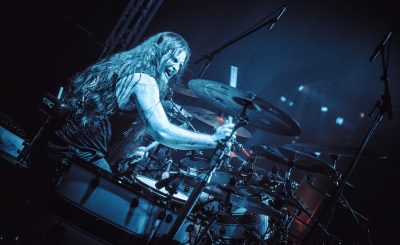 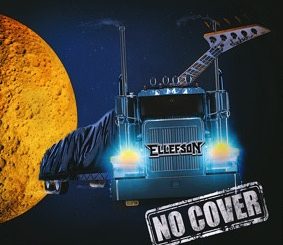 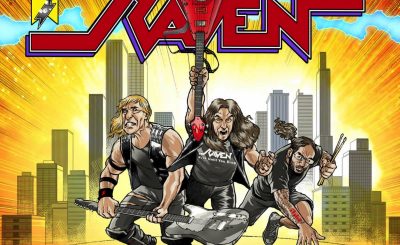