“I’m honored to have my bass playing featured in Bass Magazine! I’ve been an avid reader since they started, and it’s a proud moment for me to add to the content and legacy of such a cool magazine for us bass musicians,” states Night Demon bassist Jarvis Leatherby.

The hard-hitting, take-no-prisoners track chronicling the demise of the record industry was released worldwide via Century Media Records early April and was mixed by Josh Newell & mastered by Brad Boatright. Punk legends, Lars Fredrickson and Matt Freeman of Rancid, as well as James Paul Luna of Holy Grail also contributed background vocals to the track. Watch the lyric video for “Empires Fall” HERE and purchase the single on all streaming platforms and as a 7″ vinyl, which includes a cover version of Le Griffe’s “Fast Bikes” on the B-side, HERE.

Just last week, Night Demon released their second single “Kill The Pain”, which was recorded at Sweet Silence Studios in Copenhagen, Denmark under the watchful eye of famed producer Flemming Rasmussen (Metallica, Morbid Angel, Blind Guardian). The tough-as-nails bruiser of a song showcases Night Demon’s signature sound, a revved-up, modernized take on classic British and American metal. Lyrically, the track tackles the heavy topic of suicide, forged in the pain of life experiences but with an inspiring message of hope and perseverance through adversity. Check out the lyric video for “Kill The Pain” HERE. The song is also available on a 7″ and includes a blistering cover of Cirith Ungol’s “100 mph” on the B-side. Purchase the 7″ HERE.

The Night Demon legend continued to grow with the release of their second full-length album, Darkness Remains, in April 2017. Darkness Remains saw the band deliver all of the expected NWOBHM-inspired thrills and chills, but also honing in on their songwriting chops, developing more of an individual sound, sharpening their attack, and even taking a few chances along the way. The album was lauded by leading journalists, publications and webzines around the world; hauling in top honors on numerous end-of-year polls and lists. True to form, Night Demon embarked on a grueling touring regimen, including headlining the Darkness over Europe tour and spending five weeks in Europe as direct support for German metal masters Accept. To celebrate their accomplishments thus far and document their ferocious live rituals, Night Demon released a comprehensive, career-spanning live album, Live Darkness, in August 2018. Recorded before a packed house of longtime friends and supporters in their adopted second home of Cleveland, Ohio, Live Darkness captured the band’s energy and intensity on that magical night, yielding definitive versions of the Night Demon catalog. More intensive touring followed, including a headlining appearance at the Hell Over Hammaburg Festival in Hamburg, Germany in early 2019, with special guest Uli Jon Roth joining the band for a spine-tingling encore of the Scorpions classics “In Trance” and “Top of the Bill.” 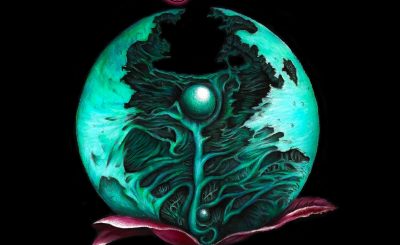 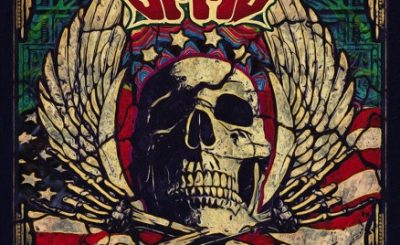 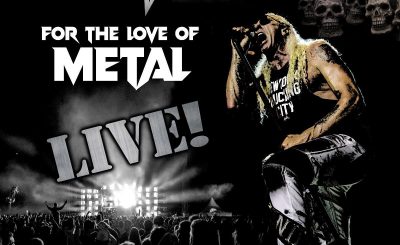