Inspiration can come from a number of unique sources. The concept behind this interview series was developed over time but recently crystallized in my mind. As the owner of a large library I’ve often pondered about the nature of collecting Heavy Metal music (Cassettes, vinyl, CD’s, memorabilia etc) and how and why people accumulate Metal ‘stuff’.  In 2017 Martin Popoff wrote a book called METAL COLLECTORS which I read, thoroughly enjoyed and reviewed. It occurred to me that there are lots of people out there with pretty massive Metal collections so I decided I wanted to chat to some of them and interview them for the site.

My concept is to, over time ask people with some pretty impressive, monster collections the same series of questions. I’m basically stealing that idea of METAL COLLECTORS (Sorry Martin!) and expanding into an interview series. Lastly, the name for this series was spawned by a gentleman by the name of Ray Wawrzyniak. He appeared in the Rush documentary TIME STAND STILL.  Ray is a Rush super-fan and in one particularly charming scene in the film, the genial and friendly (but clearly obsessed) Ray shows off one piece of his Rush collection and refers to it with barely hidden glee as ‘Spectacularly Majestic’. It was in fact ‘just’ an old piece of paper, (a Rush ad from a magazine from 1979) but that phrase alone and his enthusiasm I feel embodies the spirit of Metal collecting, because I suspect that many Metal collectors have those same moments. Check out the 1:30 minute mark of the video below.

If you, or know someone you know, has a monster Metal collection (in the 1000+ range) please feel free to get them in touch with me!

Tell us about yourself!

Hi Joshua and all readers of this prestigious web page, metal-rules.com, my name is Riccardo Musci, I am an industrial engineer and the owner and co-founder of the Venezuelan record store and metal label called Ariah Records, established in Caracas and founded in 2001. I am living in Caracas, Venezuela and I am a rock and metal fan since 1983 approximatelly.

Tell us how you started collecting Metal!  When did you start?

I started listening  to music when I was 11-12 years old, I saw on a TV program called “La Música Que Sacudió Al Mundo” (In English: “The music that shock the world”) several rock, hard rock and metal bands like AC/DC, Kiss, April Wine, Saga, Iron Maiden or Saxon and venezuelan bands like Arkangel, Resistencia, Massakre or Sassy, I also listened to radio on a local radio station called Radio Difusora Venezuela 790AM, there I started listening bands like Judas Priest, Accept, Triumph, Girlschool, Venom, etc.

I had three people who influenced me when I was child with rock bands: one cousin with bands like Genesis, Yes, PFM, Rush, Saxon, Arkangel or Resistencia, this cousin had recorded in VHS tapes these TV programs that I saw in his home, other cousin with  bands like Rare Earth, The Guess Who, Uriah Heep, Grand Funk Railroad, Deep Purple (that later he gave me these records!) and the best friend of this second cousin that was a rocker too and an AC/DC fan, he had a lot of records and cassettes of rock and metal music, bands like AC/DC, Pink Floyd, Ozzy Osbourne, Def Leppard, Saxon, Scorpions, The Police, etc., he gave me in christmas of 1983 an original cassette of Pink Floyd that was my first original item of rock music.

In 1984 I began buying original cassettes and in 1985 I began buying records but the majority of my titles in these years were home recorded cassettes. In the beginning of the nineties I was working and studying and I could buy original records and cds. My favourite style of rock music is the heavy rock (that includes metal and hard rock in all variants,  punk/hardcore,  psychedelia) and genres like progressive rock, blues, rock’n’roll and pop rock that are approximately 10-15 % of my collection. How big is your collection?

I got an excel inventory and appear the following information:

Each title can contains 1, 2, 3 or more discs like the box sets. The cassettes and VHS tapes are not inventoried.

How do you count your collection?  For example.  If you have say for example, multiple copies of KISS-Destroyer on the following media; Vinyl, 8-Track, Cassette, CD, and digital format do you count that as five items or just 1 item?

In my inventory I place the following information in each column for each title:

ARTIST: The name of the band, singer or musician.

TITLE: Name of the album.

TOTAL QUANTITY: number of copies of this album. I can have multiples copies of a title because it can have different tracks, different covers, etc., for Example: Blind Guardian “A Night At The Opera” that has different bonus tracks in different countries or Jorn “Out Of Every Nation” with different covers and tracks.

NUMBER OF DISCS OF EACH TITLE.

When you collect certain bands, do you buy all of their stuff such as Live albums, EP’s, Compilations, box-sets etc?

Yes, I buy all, EP’s, Live albums, box sets with the exception of compilations, only I buy a compilation album if contains rare or extra tracks.

How do you organize your collection if at all;  by genre, Chronologically? Alphabetically?

My collection is organized in genres and each genre is organized alphabetically. I have organized by genres in “heavy rock” (that includes all metal variants, hard rock, heavy blues, hardcore/punk and psychedelia), “progressive rock”, “classic rock” and “pop rock”.

Do you insure your collection?

No, I don’t have insured my collection in this moment.

How do you store your collection?

Heavy rock from letter A to S, dvd’s, blu ray’s and cassettes are in furnitures with shelves, the rest are in cardboard boxes because I don’t have more space right now!!!.

What is your preferred genre(s)?  Do you have a genre break down of your collection?   For example  15% Death Metal,  25% Black Metal etc?

I don’t have a genre break down in my collection now. My preferred genres are heavy metal and hard rock, thrash/speed/crossover and glam metal. I like too extremes genres like black metal and death metal but I prefer old school bands of these genres, I don’t like it very much genres as metalcore, deathcore or some grunge bands.

Do you sell and trade or strictly buy?

I buy my personal titles and I sell too because I have a metal and rock record store in my city called Ariah Records, that was founded in 2001. Ariah Records was a metal label too until 2008, we launched some venezuelan bands like Cronos, Pablo Mendoza, Gillman, Torre De Marfil, Grand Bite, Haboryn.

What is your preferred format?

How do your track your collection?  Do you use a spreadsheet or one of the on-line services or even a hand-written list?

I use Excel to track my collection and I record the information in my computer and the cloud.

What is your most valuable piece? (not in terms of sentimental value, but in actual terms of resale value on the open market. ie. Goldmine etc. )

Well, I have various but is difficult remember these items in this moment. For example: I am a Metallica collector since the eighties and I have a lot of limited collector items of this band. I have limited singles or demos from Venezuelan metal bands that the bands themselves don’t have it.

Maybe albums from forgotten bands like Elessar from U.S. and the EP “Defy The King”,

Trop Feross from Canada and the EP “Resurrection”, Salem’s Wych from U.S. and the LP “Betrayer Of Kings”, the spanish band Crom “Steel For An Age”, Spanish band Legion and the album “Lethal Liberty” (all albums are over 70-100 euros each copy in excellent conditions),  Dietrich 10”EP, Ekhymosis EP called “De Rodillas” (Pop singer Juanes was the lead singer in this thrash metal band). I collect too original live bootlegs (cds and vinyls) and I have a great collection of these albums.

What is your rarest item in your collection? What is the most you have paid for an item?

Yes, I have books, T shirts and DVD´s

What is the one item you have been searching for that you cannot seem to find?

Why do you collect Metal music?

It’s my passion since I was a child, I work, I don’t have vices, I do sports and collect metal music is my hobby.

In a morbid and Metal question,  what do you plan to do with your collection when you die?

It will be inherited by my brother and partner who is also a metalhead and listens to what I buy! Hahahaha, or leave them to a cultural or musical institution that is interested in the origins of rock music.

Final thoughts?  Feel free to use this space to share any unique or interesting items about you and your collection and/or share ideas and advice for your fellow collectors.

To all those who listen and collect what they are most passionate about, may be 100 or 10000 titles but remember that they were acquired them with your effort and this is the best to enjoy it. There are large collections of discographic material in the genre of rock music and metal music that deserve to be shared and metal-rules.com is a space that allows collectors and new generations to appreciate this type of historical and cultural material. Greetings to all readers of this page in the world. 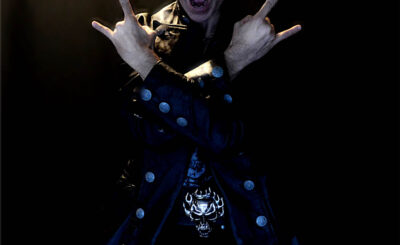 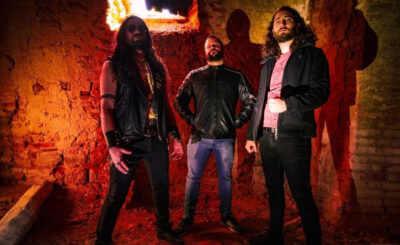