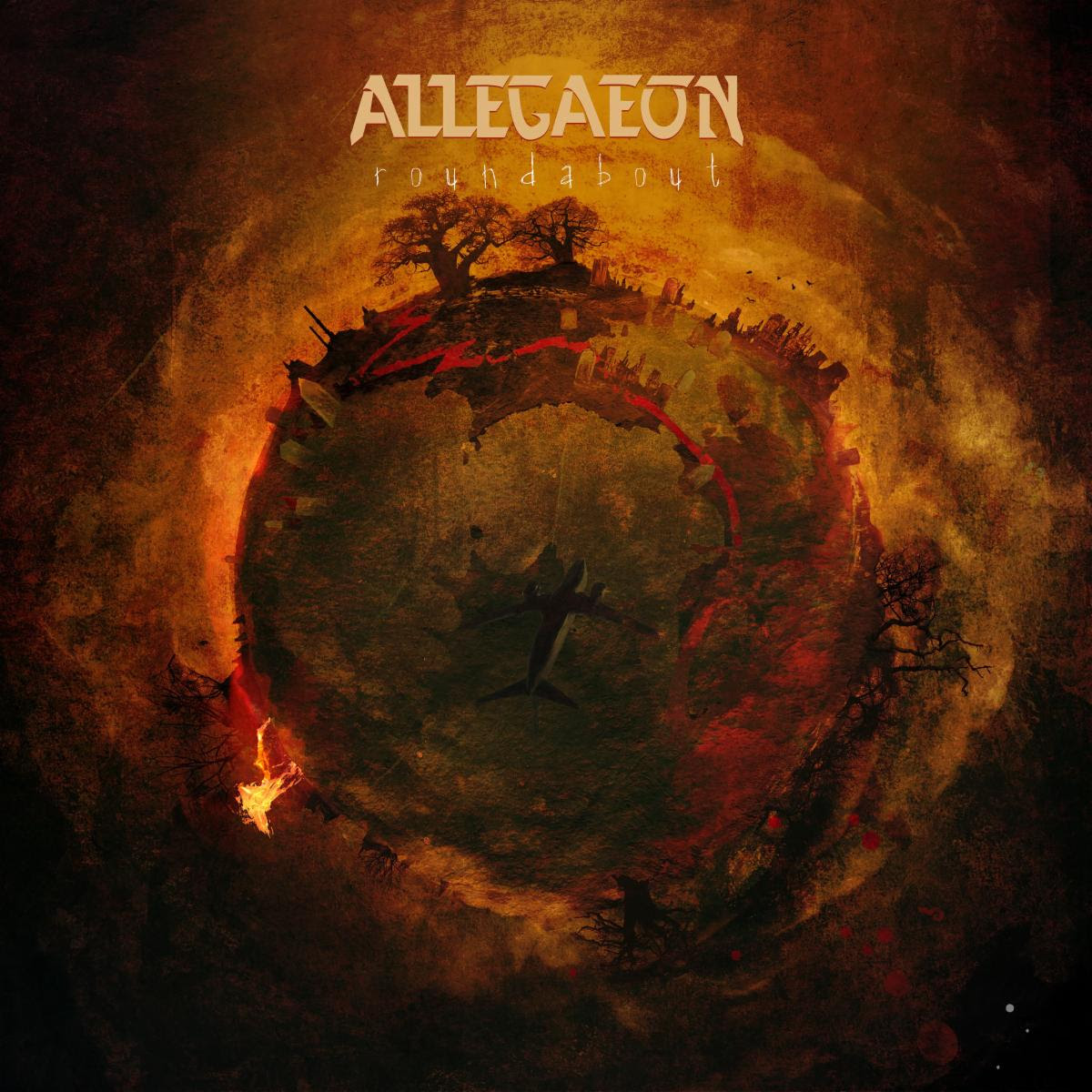 Today (April 3rd), Allegaeon has released a cover of YES‘ classic “Roundabout” as a digital single.

A behind-the-scenes video for the making of “Roundabout” can also be viewed at: youtu.be/coGYIrhz05o

Riley McShane (vocals) comments: “We’re very excited to release our rendition of ‘Roundabout’ by YES from their 1971 album ‘Fragile‘. We have always been huge fans of progressive rock and all the genres that were birthed from that era of music – in this cover we try to showcase not only those influences, but also how we as individual musicians have been impacted by the music of yesteryear and how that impact has helped us to develop our own styles of playing.
We tracked this single with our good friend and long-time engineer Dave Otero at Flatline Audio in Denver, CO. Recording with Dave is always a treat, and this time we were fortunate enough to be joined in the studio by Metal Blade Records’ Vince Edwards to document the experience with a hybrid, music video meets studio documentary film available for viewing here: youtu.be/coGYIrhz05o
Thank you all so much for listening, we hope to see you back on the road later this year and will keep you posted on any further developments in our world. Until then, stay tuned for live streams, Q&A, merch sales, and much more from the Allegaeon camp over the next few months. You rule, and thanks again.”

Riley McShane will also be hosting a Facebook live Q&A on April 6th at 3PM PT//6PM ET. Be sure to join the chat on Monday at: www.facebook.com/allegaeon

Allegaeon released their latest new album, Apoptosis, last year to critical acclaim. Tracked at Flatline Audio in Denver with long-serving producer Dave Otero (Cattle Decapitation, Cephalic Carnage), Apoptosis is Allegaeon‘s fifth full-length, and the first to feature bassist Brandon Michael. “Musically, Brandon brings a huge new dimension,” vocalist Riley McShane enthuses. “He has this wide breadth of music knowledge and stylistic proficiency that he draws from with excellent taste, and this makes a lot of the songs on ‘Apoptosis‘ come to life.” The record also features a guest appearance by classical guitarist Christina Sandsengen, who duets with guitarist Greg Burgess on “Colors of the Currents”. “On this record, I was more open to new ideas that we might not have used in past,” states guitarist Michael Stancel. “Rather than deleting something because ‘it’s not Allegaeon-y enough’, I would take a step back and see if that idea fit the song and decide if it was worth keeping. With that mentality came some of my favorite songs, because I was less worried about if it fit into our old sound.” This statement is borne out across the whole album, which while very much embodying the core Allegaeon sound that has drawn fans in over the course of their impressive career, it pushes into new territory, and does so with unerring confidence. “Thematically, this record is all about contrast, and the music reflects that perfectly,” says McShane. “The vocals are heavier than ever, but there are also more clean sections. The drums are faster than ever but also more dynamic, and the guitar playing is lower and slower than on most previous albums, but also provides long, melodic and beautiful sections throughout.”

You can find the best online HTML, CSS and JavaScript tools in one place. Online editors, code optimizers and more.