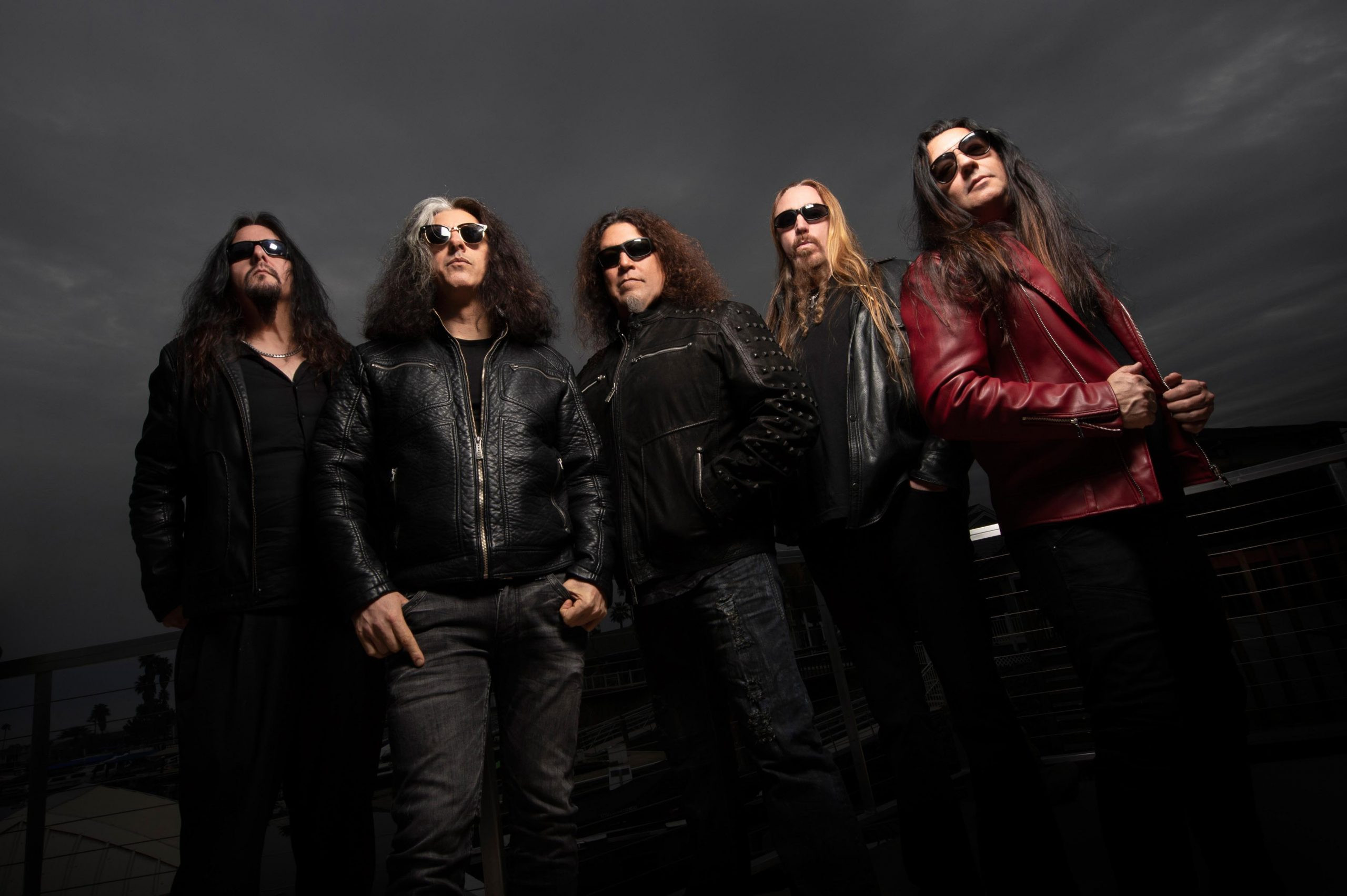 It is one of the band’s most brutal CDs to date. Right out of the gate Chuck Billy [vocals], Eric Peterson [guitar], Alex Skolnick [guitar], Steve DiGiorgio [bass], and Gene Hoglan [drums] hit you with four of their fastest and most aggressive Thrash songs like “Children of the Next Level,” “WWIII,” an old school melodic thrasher “Dream Deceiver,” and “Night Of The Witch.” The band have taken their abilities and style to the next level to present a CD that is loyal to the roots of thrash metal while still bringing powerfully brilliant and hard-edged songs to the table.

I caught up with Chuck Billy to talk about the diversity of songs on the new CD, to give us an update on his health, and what transpired with the cancellation of their last show in Europe.

Robert Cavuoto: My prayers are with you and your wife for a speedy recovery. I hope you are feeling better?

Chuck Billy: Thanks, I think we are over the hump!

Robert Cavuoto: There is a lot of song diversity on Titans of Creation from “Dream Deceiver,” to “City of Angels” to “Curse Of Osiris.” Tell me about the importance of having a CD with depth and dimension?

Chuck Billy: We achieved that because of the way we approached the songwriting process. When Eric and I write, he typically gives me the music and has suggestions of how I should sing over the riffs. In the past, I would say something like, “I’d rather sing the verse with the bridge riff” or something to that effect. This time around, I received the music from him and didn’t have a lot of his direction, so I just wrote and vibed to what he gave me. I think that is why the songs have their own unique identity. If the key was a little out of my comfort zone on some songs, in the past, I would simply suggest singing them in a more comfortable key. With this CD, I just went for it, took on the challenge, and got out of my comfort zone with some of the vocals. It was for the better as it pushed me. I think that is what makes the songs more diverse. The songs have different textures as well as different vocal approaches like on “City of Angels.” They all took on their own life as we put them together. Also, we went into the studio without songs being complete or demo’ed on how we would lay them down. We had the parts, worked it out in the studio, and it all came together. They took on their own life. There were a handful of songs that weren’t complete so for those songs we would just hit record, and I would start mumbling to find melodies and words. On “Dream Deceiver” and “WWIII,” there are lines in there that we kept from the first time I sang them. As a band, we tended to stick with our first impressions for a lot of things. We really didn’t have a lot of time to overthink or react to anything. We created as we went, which was challenging, but at the end of it all, the songs came out with their own identity and stand on their own.

Robert Cavuoto: As a writer, do you prefer to work on a CD that has a theme like Brotherhood of the Snake or do you prefer free-form like with this CD?

Chuck Billy: When it comes to writing, it all depends on what you are doing in your life and how you are feeling. What you put into your records is how you are living. This CD was different as we had nine months of focused time to put into it. Brotherhood of the Snake was a tougher process that made you want to pull out your hair. It was a much nicer process this time around.

Robert Cavuoto: “Children of the Next Level” is about the Heaven Gate’s cult; it’s a pretty unusual topic, how did it come about?

Chuck Billy: It was an idea that Steve Souza of Exodus, Del James, and I came up with. We have been writing together for a long time. When I started writing it with Del, it felt like where we had left off with Brotherhood of the Snake. They suggested the idea about the Heaven Gate’s cult, which happened not far from here. It’s a true story about a bunch of people waiting for a meteor to take them to the next level of life. Once we had the topic started, it just took off from there.

Robert Cavuoto: “Dream Deceiver” has an old school melodic thrasher vibe and my favorite on the CD.

Chuck Billy: That was one of the songs that we didn’t have a vocal pattern for and just let it roll. I started mumbling words based on my initial impression of the music. I said Dream Deceiver and Eric liked it so he said to stick with it. When I first heard it musically, I felt it had an old soul. Eric and I both agreed to take it in that direction. It reminders me of something you would hear on the Scorpions’ Tokyo Tapes. It has that type of vibe or soul.

Robert Cavuoto: Do you ever revisit old or unused Testament demos when working on a new CD?

Chuck Billy: We never have any leftover tracks. Whenever we write, we only write enough for that record. We never have carry-over-songs. There might be a riff that finds its way back but never a song. Robert Cavuoto: In light of what is going on with the world with the virus and not being able to tour for the unforeseen future, was there any consideration in holding back the release of Titans of Creation until you could tour in support of it?

Chuck Billy: We could have, but Nuclear Blast has so many scheduled releases going on we decided to stick with the date we had. We have a strong campaign planned and cool promotions coming out in the next few weeks. It could be for the better as people are home with time on their hands to buy the record and soak it up. Eventually, we will perform somewhere. So we want to forge ahead. The world is what it is now.

Robert Cavuoto: You were in Europe when the quarantine came into effect and ended up having to cancel a show. Can you share what transpired?

Chuck Billy: We made it through the tour and the last show on March 11th in Germany was the one that was canceled on the night of March 10th. It was right before we were about to open doors on our March 10th show in Belgium. That show on March 11th in Germany was sold out too. It was suggested that the Belgium show should be canceled, but the main promoter arrived and told us we were set up, people were lined up, and it’s a sold-out so let’s go through with it. They chose for us to play and opened the door which I think was nice. We barely made it out of Europe as the travel ban started on March 13th and we flew out on the morning of March 12th. We woke up at 3:00 am on March 12th and headed to the airport.  I can remember the driver telling us that our President declared a travel ban starting tomorrow midnight! We had our tickets and flew out as scheduled. It would have been very hectic if the tour was canceled sooner as we heard the airline’s phones and online bookings were jammed. We were also fortunate had we had the first flight out that morning as there was nobody at the airport. We quickly got checked in and were on the plane by 6:00 am.

Robert Cavuoto: You have some shows in July and August. Are there any concerns that they will get rescheduled?

Chuck Billy: We don’t know yet. We only know about the immediate future. We have to get through it and then wait and see how it goes. I see stories on the news where people aren’t paying attention to the ban and at beaches here in California. They are now shutting the beaches and parks down because they jam-packed with people. It seems to be younger people not paying attention.

Robert Cavuoto: You’ve made a career in Thrash metal for just shy of 35 years. What’s one or two key attributes that you feel has carried Testament through all the ups and downs of the music business and challenges the band faces on a daily basis?

Chuck Billy: We have certainly had our share of ups and downs, but having a solid lineup since 2005 has been very important. I think just sticking with it and doing what we do best. We are fortunate to be working and writing with someone like Eric as he is so creative. That’s the fun part of it all. It’s about the excitement of making new music as you never know what you will create together. There is something about it which keeps us going particularly at this point. We are also fortunate that our last three or four CDs have been pretty consistent. 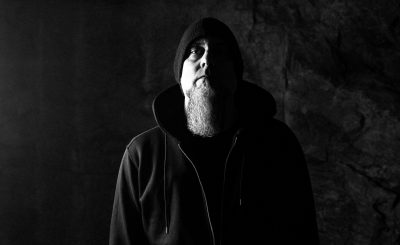 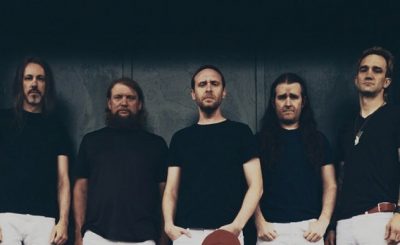 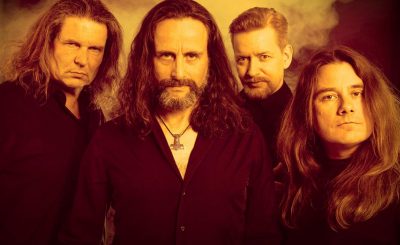 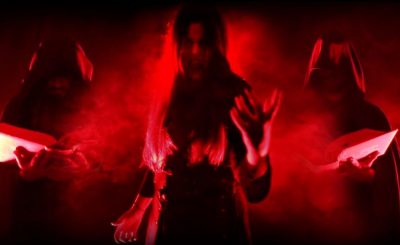 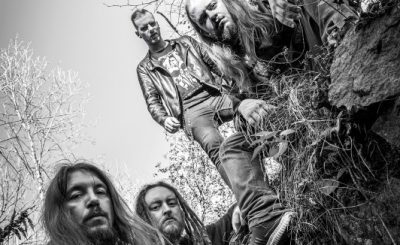