2019 was a great year with so many brilliant album releases I had a very hard time putting them in some sort of ‘I like this better’ order. While this is a metal website and some of my choices are not technically metal, they’re heavy enough to be included in my personal list. Not the fastest song on the album, but the best 9.  Vision Divine – When all the Heroes are Dead The genius that is Mr Townsend… OK so most of these musicians have been around the block a few times, but this is a new group.

Technically, this album is a full-length one, but only 4 songs are new and are a prelude to the full album to be released in 2020.
The CD/DVD bundle includes footage from the Danse Macabre Tour in Utrecht’s Tivoli Vredenburg featuring George Oosthoek and Marco Hietala (Tarot, Nightwish). Premium seats for a band I’ve never been able to get this close to.

Turilli/Lione Rhapsody at Crowbar, Leichhardt (Sydney) – a bucket list band that I got to see on my birthday! Could it have been any better!?

I only went to one, but Download put on a great event so it is worthy of this list.

Valhalore, heading off to perform at Wacken Open Air 2020

Sonata Arctica – Talviyö
While it’s not a bad album, it’s no longer the music that made Sonata Arctica one of my favourite Finnish bands.

H.E.A.T – H.E.A.T II with the insanely talented Erik Grönwall on vocals. (Erik became an international hit with his vocal performances on Sweden’s Idol in 2009 with his performances of classic rock/metal.)

Nightwish has also announced a new album for 2020. 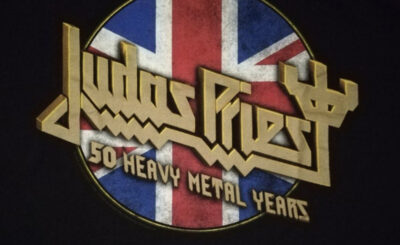