The Fifth Annual BOWL FOR RONNIE Celebrity Bowling Party, benefiting the Ronnie James Dio Stand Up and Shout Cancer Fund (www.diocancerfund.org), was held on Thursday, November 7, 2019 at PINZ Bowling Center in Studio City, California. Once again sold out in advance, the event raised more than $50,000 for the music-based cancer charity.

Over 300 rockers, bowling enthusiasts, DIO fans and Dio Cancer Fund supporters made up the capacity crowd at the event hosted by broadcast personality Eddie Trunk, who is heard on SiriusXM’s Volume channel and whose TV series TrunkFest airs on AXS-TV. Also joining the festivities this year was the number one bowler in the world-Professional Bowling Association world champion Jason Belmonte, who bowled a ceremonial strike to open the celebrity competition and show the crowd “how it’s done.” 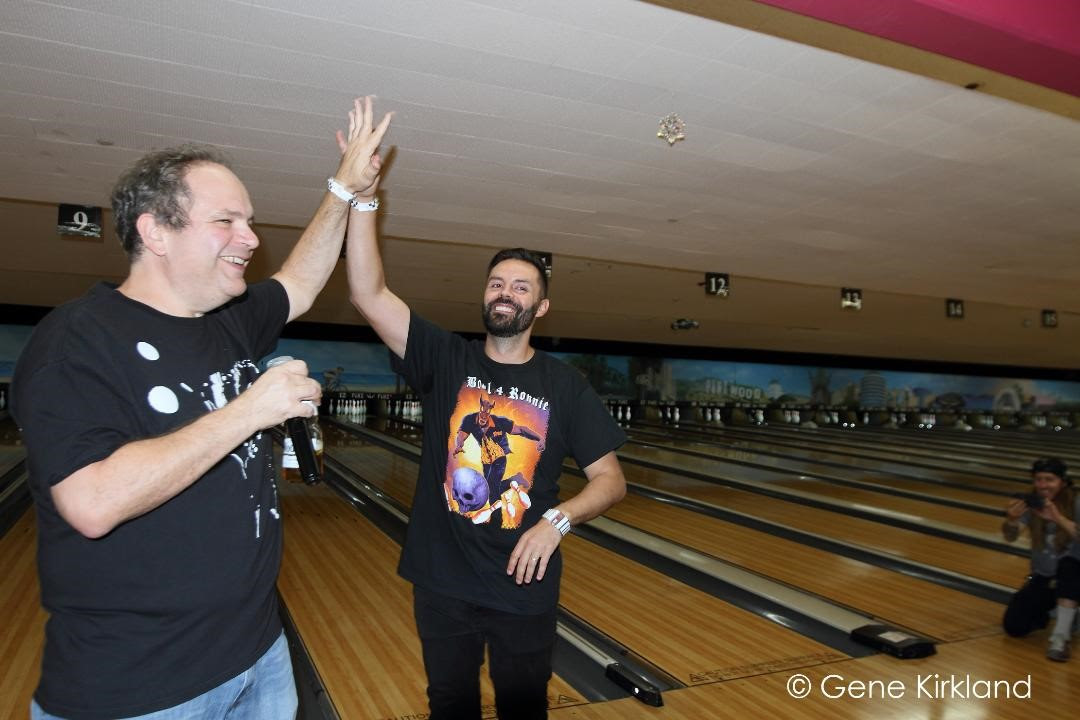 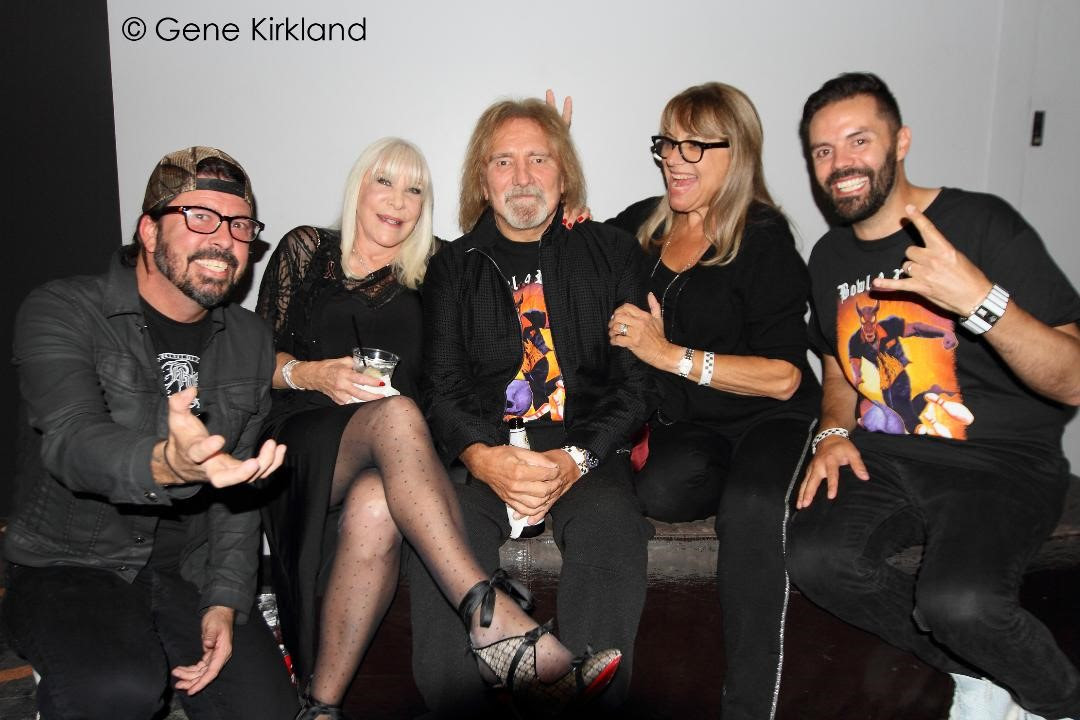 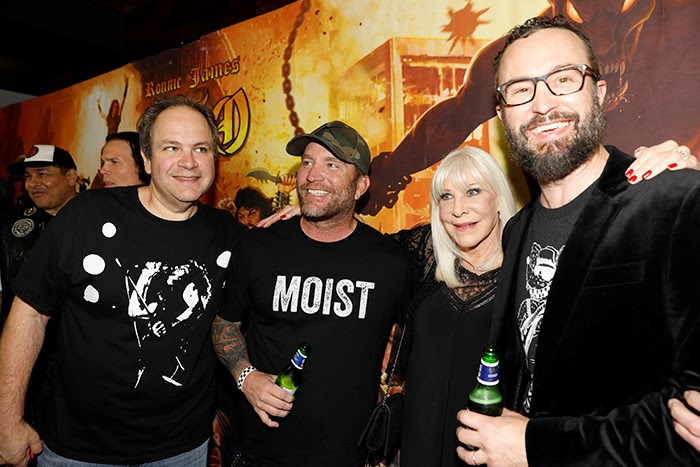 The celebrity competition was the scene of fierce competition, ending with both of last year’s top teams–captained by Eddie Trunk and Marc Ferrari respectively–defeated by a team led by Phil Buckman (Fuel, Petty Cash). 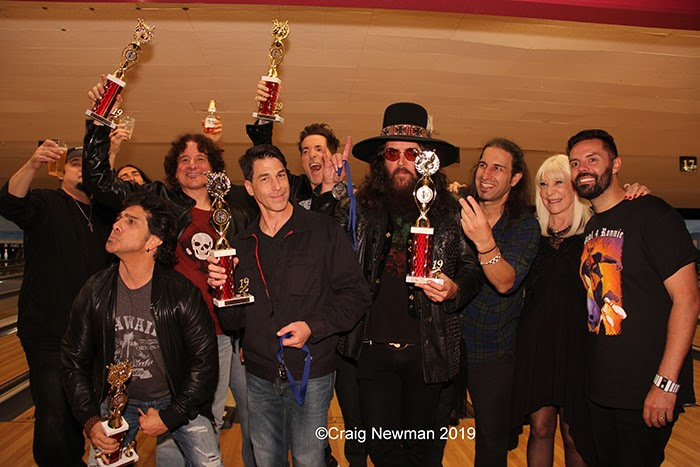 “I want to dedicate our win to my friend, the late, great Dean Schachtel. Without him, I never would have been a part of the Dio family,” says Phil Buckman. “We had a great time, surrounded by a bunch of great people, for an amazing cause.” The Dean Schachtel Award, named for the late Dio Cancer Fund board member, has been awarded each year to the individual bowler with the highest overall score. This year, it went to Chris Dritz of Capital Mortgage Services with an overall score of 216, which he assured Jason Belmonte is at the low end for him! 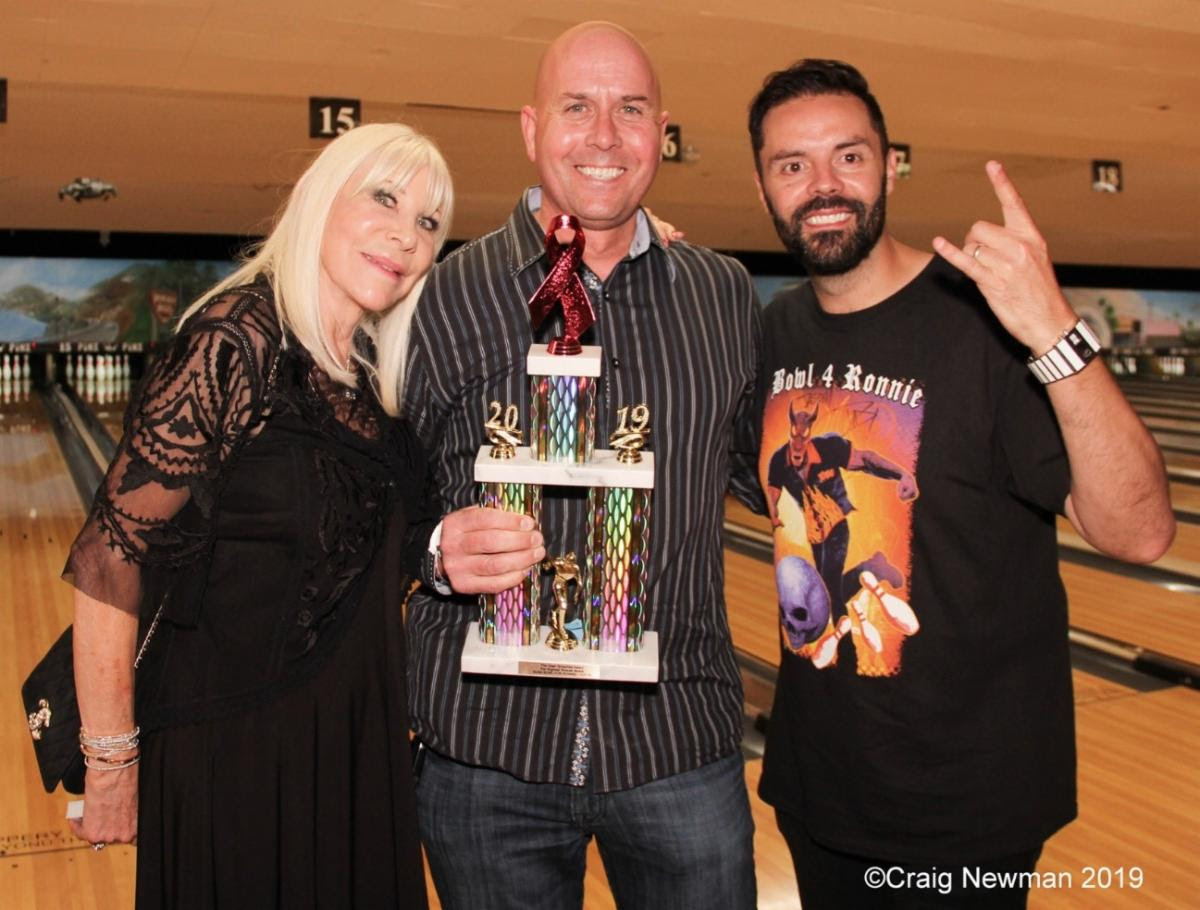 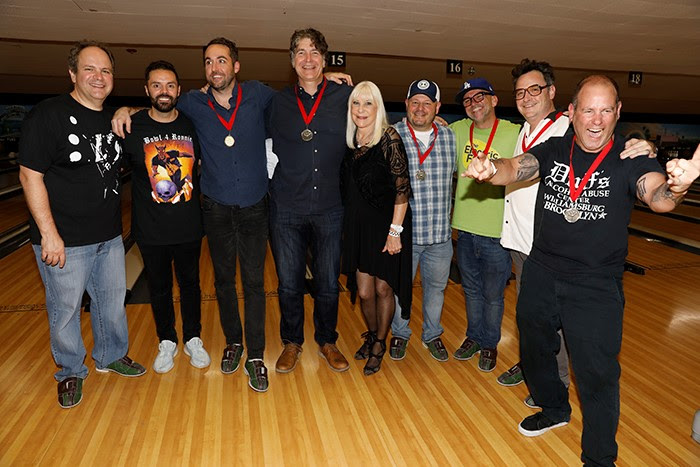 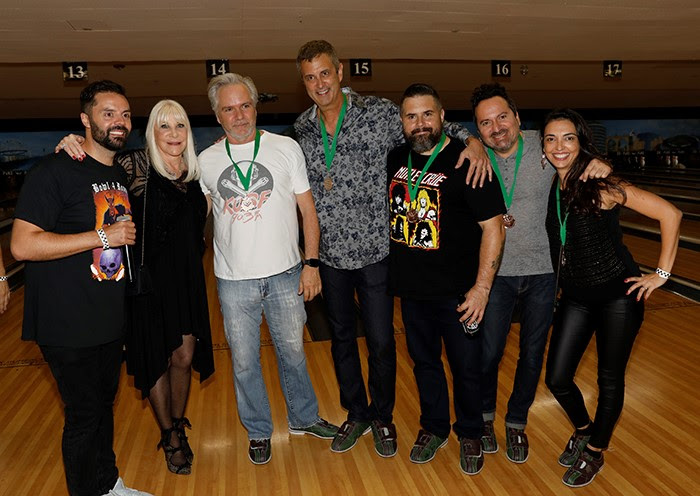 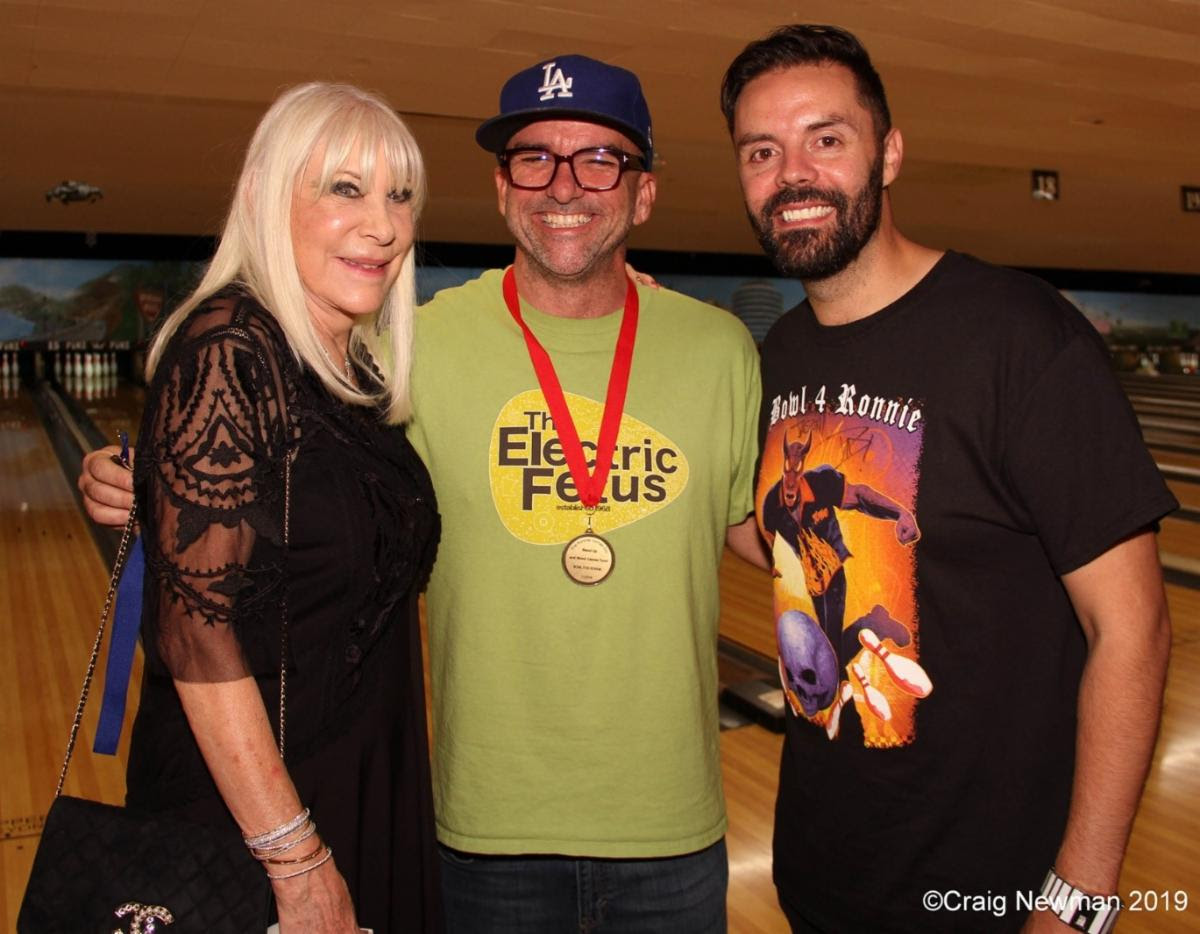 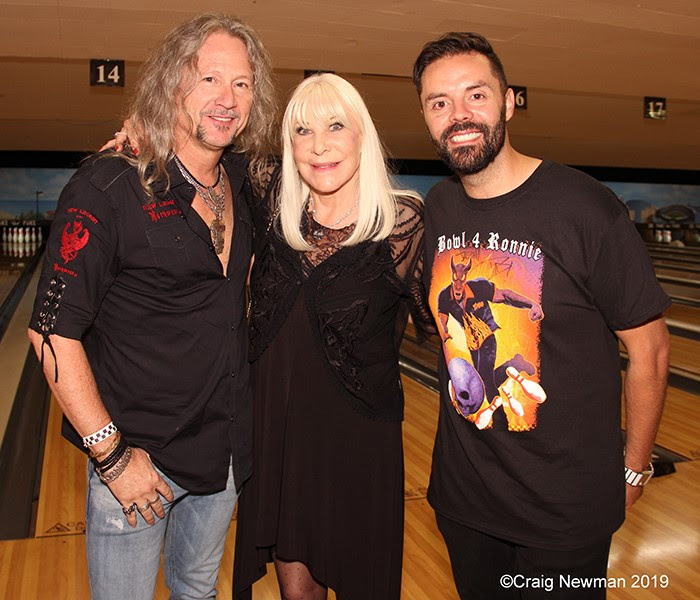 Michael Spencer of Flotsam and Jetsam (left) won Third Place individual bowler. (Photo by Craig Newman)
The Dio Cancer Fund presented Dr. David Wong, whose research team at the UCLA School of Dentistry is closing in on a simple, non-invasive saliva swab test for early cancer detection, with a check for an additional $25,000 toward their research. Dr. Wong thanked the Dio Cancer Fund for its support since 2016 that has financed the specific research of postdoctoral fellow Dr. Karolina Urbanowicz to pioneer research in the development of salivary biomarkers for gastric cancer detection and led to a number of groundbreaking outcomes. Their Saliva Liquid Biopsy Test for Early Cancer Detection received regulatory approval on March 22, 2019, and the financial support from the Dio Cancer Fund assisted his project in receiving additional funding from the National Institutes for Health to study biological markers in saliva to attempt to develop a tool for detecting stomach cancer and the NIH Common Fund Award to study the mechanism of early detection of stomach cancer in saliva. Dr. Urbanowicz is the recipient of the prestigious Debbie’s Dream Foundation Award for Gastric Cancer Research by the American Association for Cancer Research (AACR). 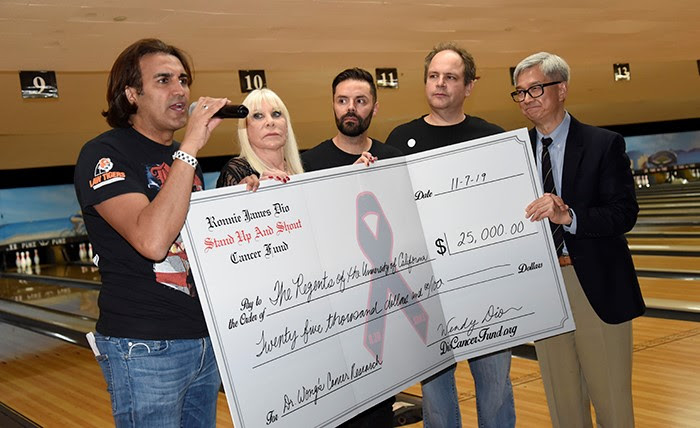 The BOWL FOR RONNIE is an evening of fun, food, a raffle drawing for prizes and memorabilia. and, of course, bowling with rockers and celebrities with open bowling prior to the celebrity competition and a VIP pre-party for lane sponsors, celebrities and their guests. 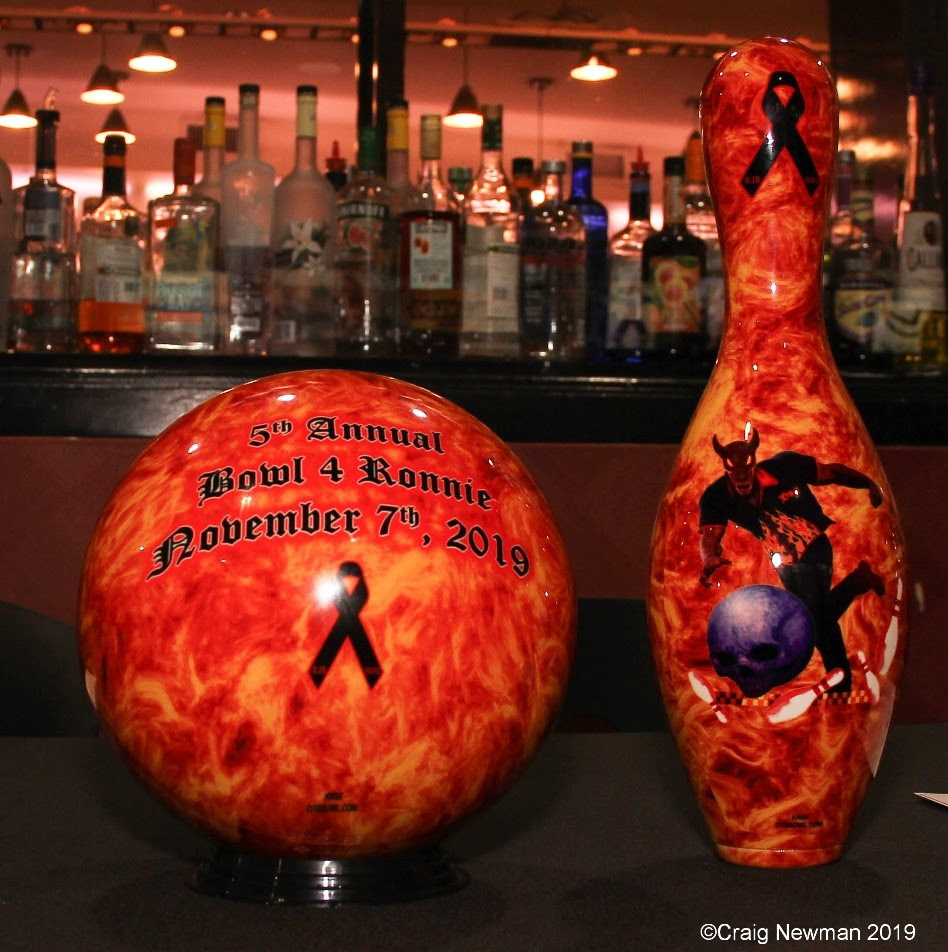 A raffle, that included this specially designed bowling ball and pin, brought in additional funds
(Photo by Craig Newman) 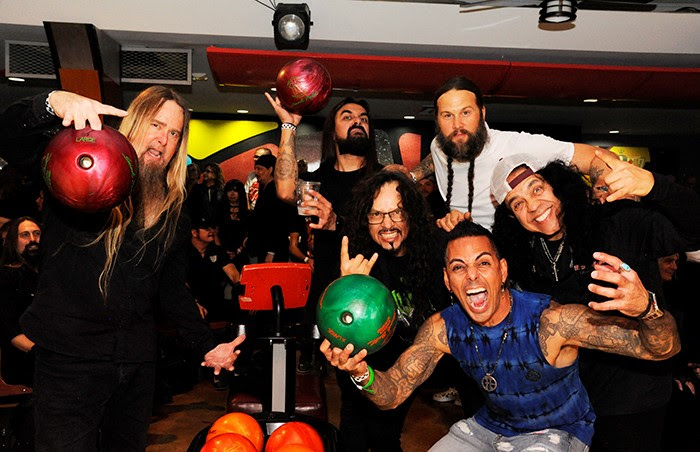 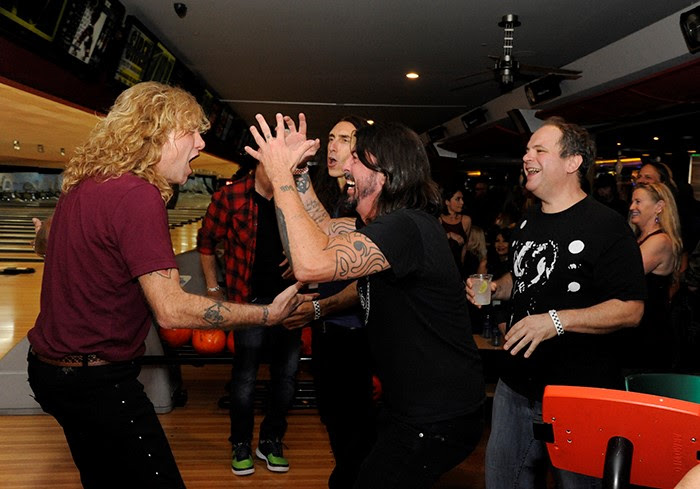 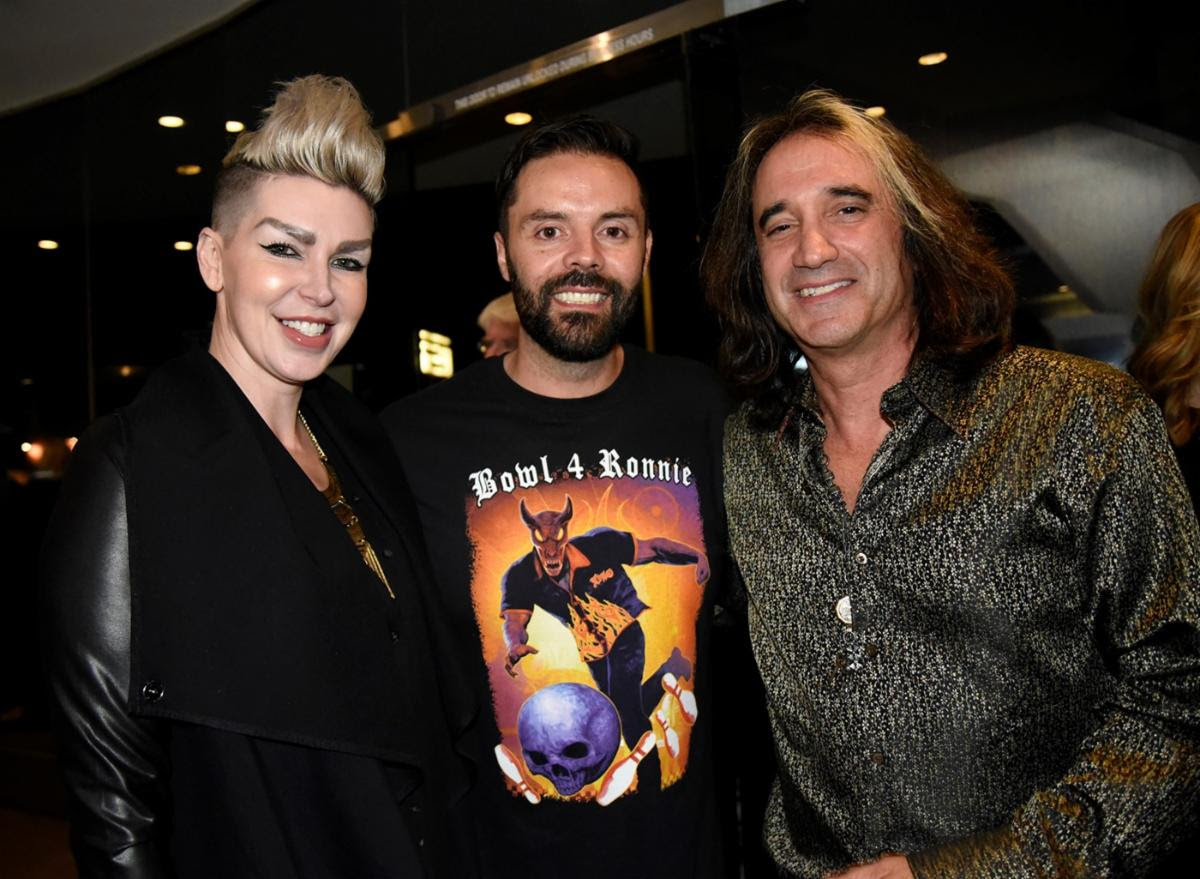 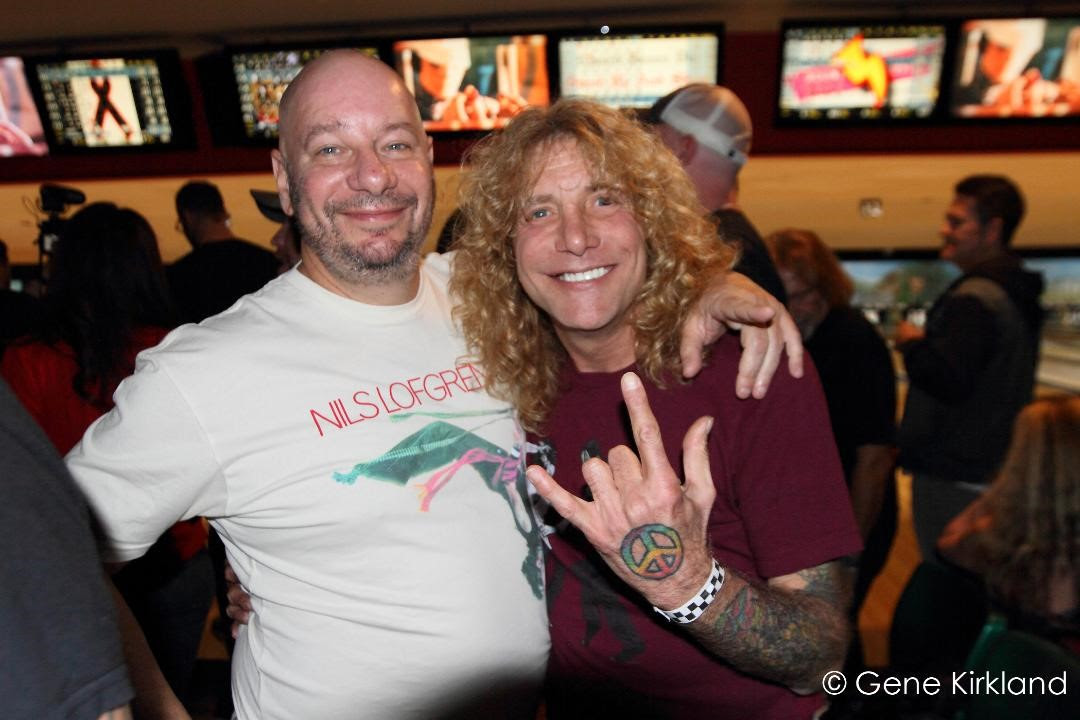 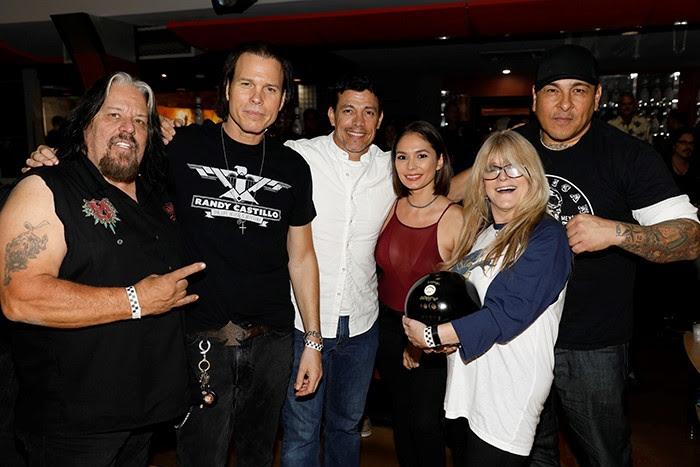 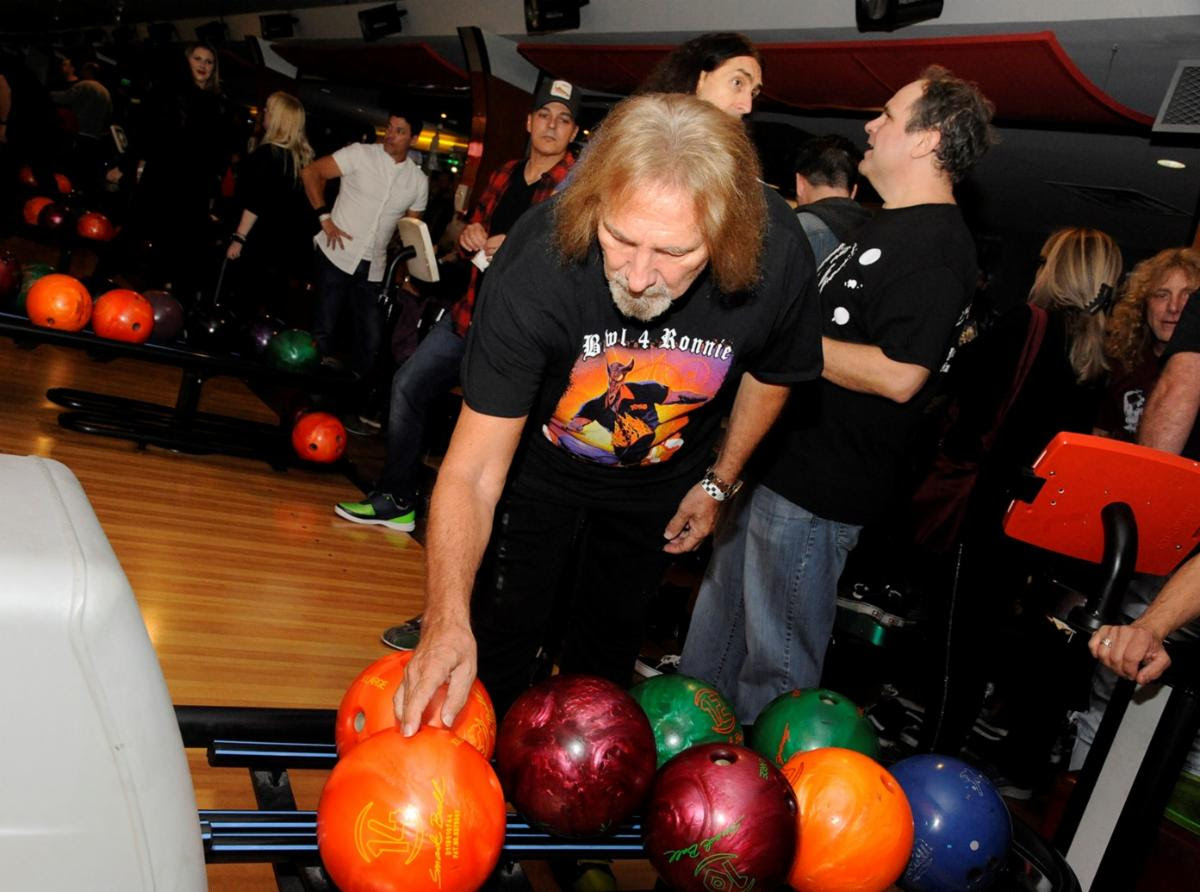 Geezer Butler, who bowled for the first time at last year’s Bowl for Ronnie, selects a ball for his turn. (Photo by PG Brunelli) 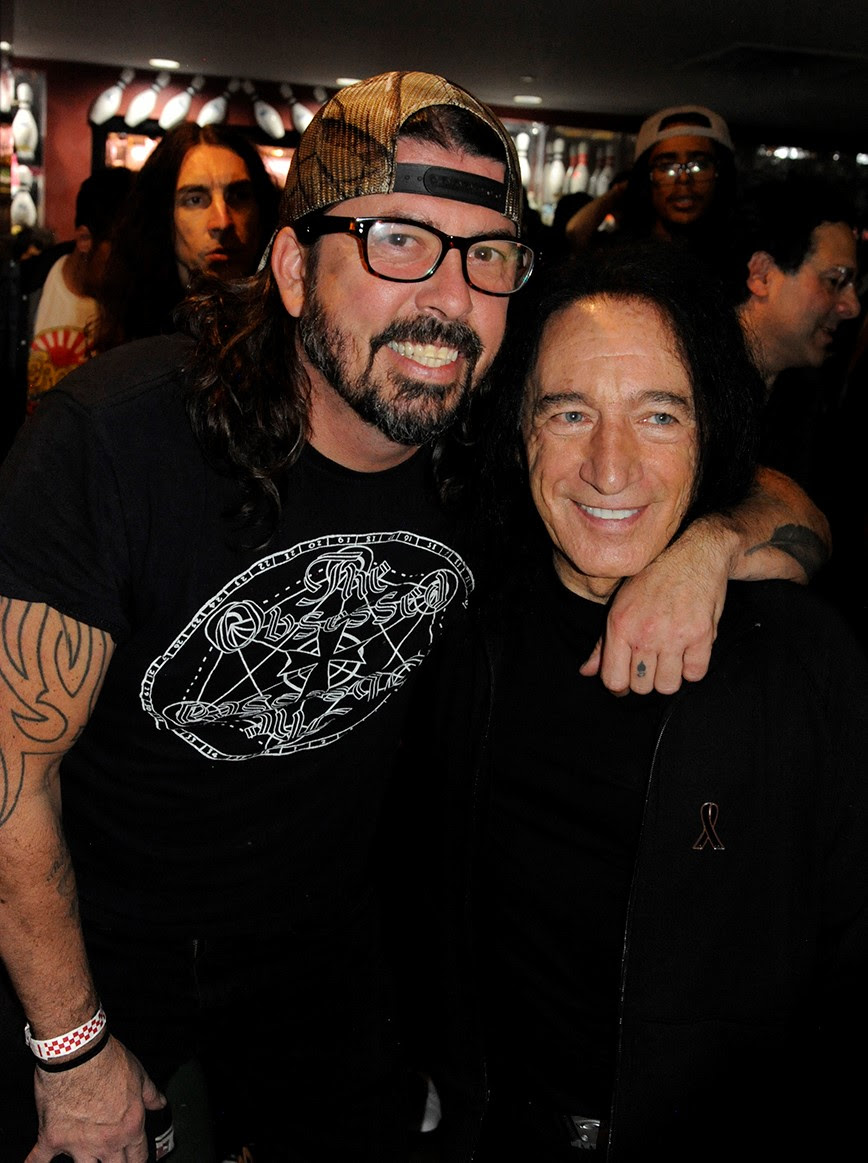 Highlights of the 2019 BOWL FOR RONNIE can be viewed here: