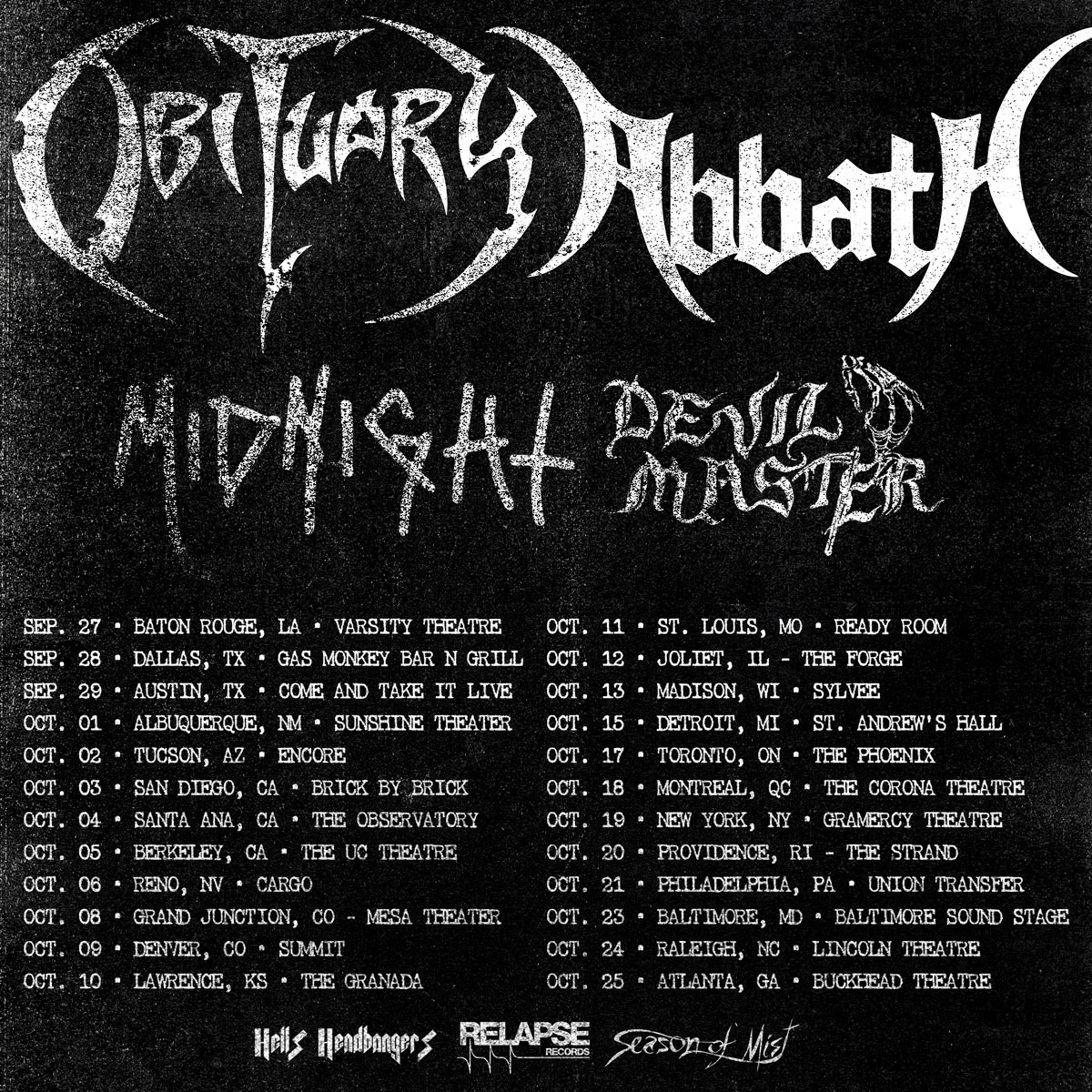 Denver’s first snowfall coincided with the arrival of Norway’s ABBATH and Florida’s OBITUARY, which made for a chilly metal evening. I wasn’t able to get any decent shots of openers, who were either completely backlit (making everybody look like a silhouette) or enshrouded in fog. Norway’s clown prince of black metal has always been a favorite of mine. He has always reveled in the absurdity of black metal and mocked the “TRVE KVLT” aspect of it by writing epic sagas about blizzard beasts battling in Blashyrkh, a demonic ice kingdom of his own invention. Since his years in IMMORTAL, he’s launched two solo albums with his eponymously-titled band. Abbath makes for a very entertaining frontman, crab-walking and prancing about with his tongue jutting outwards. He mostly stuck to his solo material, but did a couple IMMORTAL covers from the excellent “Sons of Northern Darkness” album. I was wholly unfamiliar with Tampa, FL’s legendary OBITUARY before going into this gig. I had no idea how strong an influence they had on death metal back in the 80’s. From the moment they stepped on stage, they owned the place with great stage presence, massive riffs, and a furious performance from frontman John Tardy.