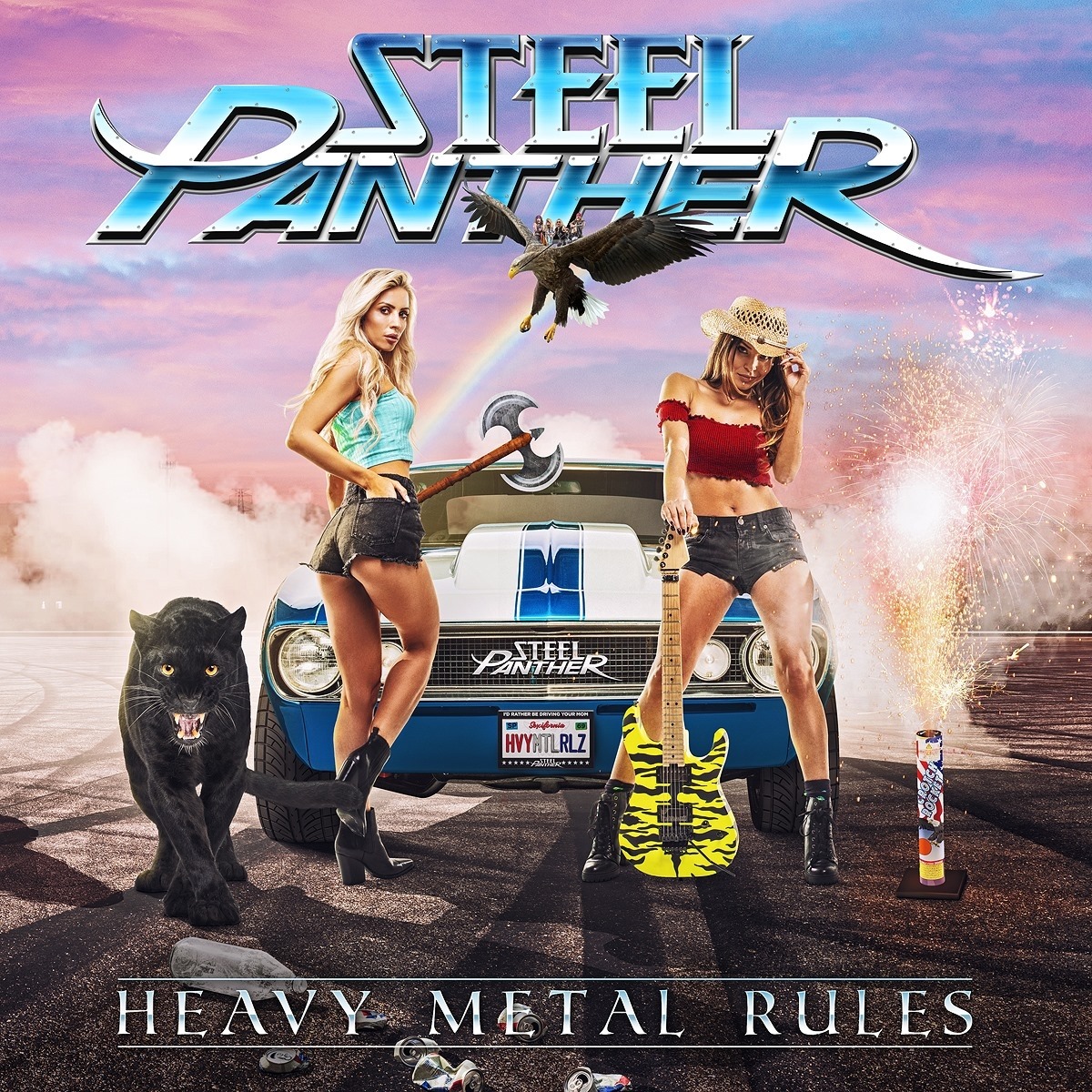 California’s greatest export and professional life coaches Steel Panther are celebrating the release of their new album the only way they know how; with a full-on sensory overload as only the Panther can. The band has released a video for the song “Fuck Everybody” from their latest release. The “not quite 3D” clip was premiered at the band’s record release party in NYC earlier this week and shot over 100K views in days.  The song comes from their “now available everywhere” latest album, Heavy Metal Rules(https://lnk.to/HeavyMetalRules).

To celebrate the release of the new album, Steel Panther had a record release event at St Vitus bar in Brooklyn, NY. The event featured a playback of the entire album for fans, a stand-up comedy set by former That Metal Show host Jim Florentine, and then a Q&A with the band moderated by Florentine. Longtime friends from Alter Bridge Mark Tremonti and Scott Phillips were also in attendance. The entire event was captured by Revolver and the video from the evening can be see here: facebook.com/steelpanther.

Steel Panther recently announced the Heavy Metal Rules Tour, which kicks off in early October and runs through mid-December. Crobot and Stitched Up Heart have been added as openers with Crobot opening from October 8th to October 20th and Stitched Up Heart opening from November 24th to December 22nd. The 27-date trek will make stops in markets such as Orlando, FL; Boston, MA; New York, NY; Detroit, MI; and Chicago, IL to name a few. Steel Panther live is always the ultimate party and has developed them a loyal fanbase around the globe. The band recently announced a European tour for 2020 that is set to take Heavy Metal Rules around the globe. Tickets are currently on-sale and more information on all shows can be found at: www.steelpantherrocks.com/pages/tour.

For the uninitiated, Steel Panther was formed in 2000 and is comprised of Michael Starr (lead singer), Satchel (guitarist), Lexxi Foxx (bass) and Stix Zadinia (drums). Hailing from Los Angeles, the epicenter for rock n’ roll in all its debauchery and glamour, Steel Panther has established themselves as the world’s premier party band, melding hard rock virtuosity with parody and criminally good looks. Steel Panther is a global phenomenon with four full-length albums, touring across the world, platinum-level You Tube status and high-profile television appearances such as Jimmy Kimmel Live, Larry King Now, and FOX NFL Sunday.