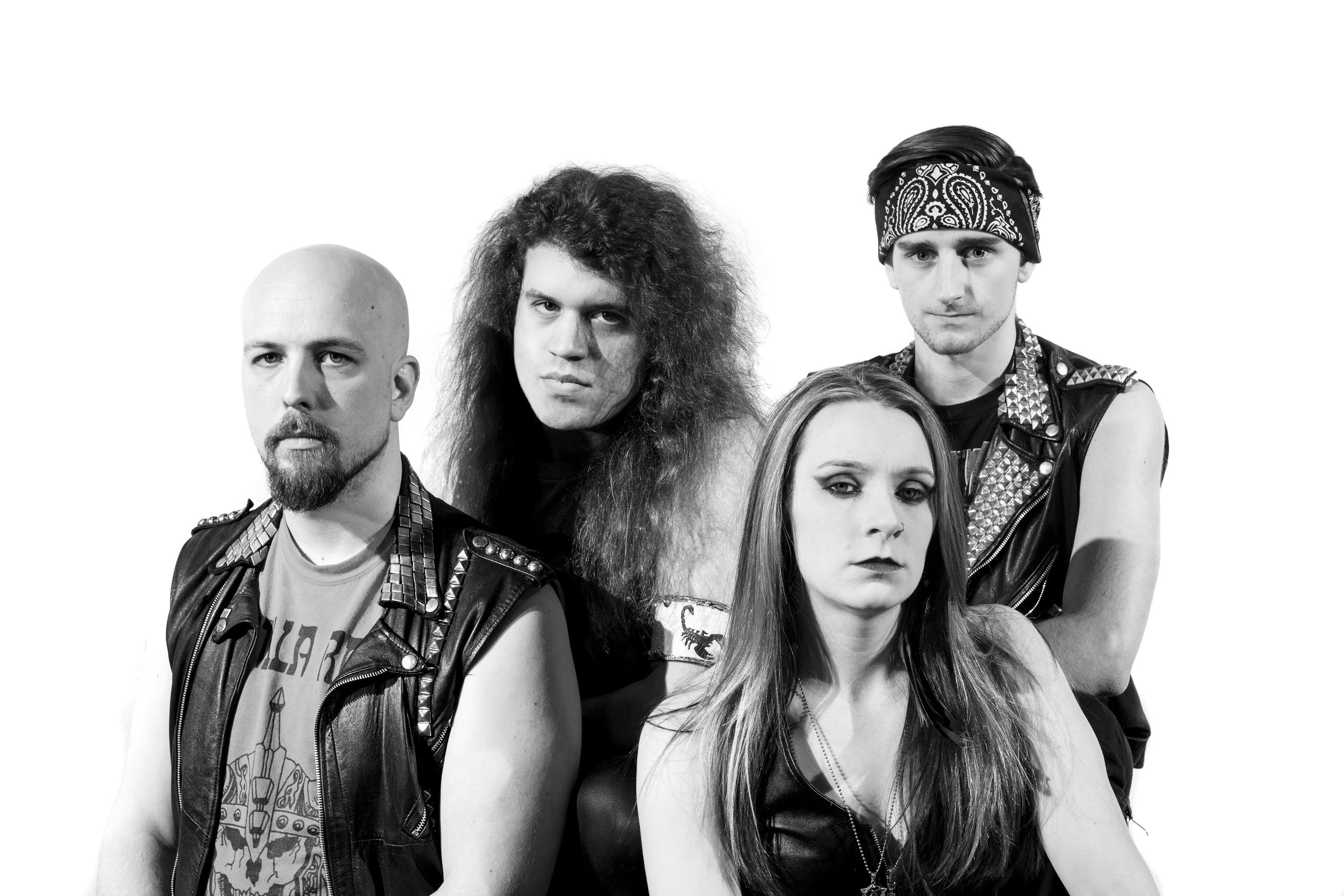 Inspired by legendary pillars of heavy metal such as Iron Maiden, Judas Priest, The Scorpions, and Rush, IRON KINGDOM is well known for their energetic and electrifying stage presence, as well as intricate musical melodies that bring listeners back to a time when the genre was in its prime.

Now they are back with a new album “On the Hunt” due out on October 4, 2019, which is sure to remind people of the glory days of metal. With two new members in the lineup, there are new inspirations and approaches in the music while maintaining the traditional sound. They hope the album is well received by fans:

“We’re believing fans can expect the new record to be a lot more traditional in style, more accessible with a lot more rocker tunes, lots of catchy melodies and speed metal riffs, shorter songs, more packed with action, as opposed to the previous album with long epic passages. We wanted this record to include lots of great live tunes we can carry in our set for years to come!”

The nine new tracks are fun tunes that translate well into a live setting, which is paramount for IRON KINGDOM who take great pride in their live show. Fans of the classic including Iron Maiden, Judas Priest, Queensryche, and Helloween will revel in IRON KINGDOM who put a modern spin on traditional heavy metal.

Teaming up with MetalRules.com, the Vancouver heavy metallers are excited to share the first single ‘White Wolf’ off of the upcoming release with its premiere:

The band explains the track:

“Our first single ‘White Wolf’ from the new album, ‘On The Hunt’, takes on an almost Savatage or Iron Maiden musical approach, a classic metal sound including lots of variety and ripping leads, while still maintaining a catchy chorus and simple but fun melodies.  Lyrically this song speaks about the fictional character known as Geralt of Rivia from the Witcher series, created by Andrzej Sapkowski.”

“On The Hunt” is due out October 4, 2019 and available for pre-order via the band’s online store here.

In additional news, the IRON KINGDOM will be be supporting the promotion of “On The Hunt” with a North American tour that will kick off in Vancouver, BC on October 3rd and take the band on a 2-month trek across Canada, the USA and Mexico, ending in Everett, WA on December 1st (dates listed below).

“Our upcoming ‘Road Warriors North American Tour 2019’ marks the beginning of a new era for Iron Kingdom, we’re returning to many of our favourite cities across the continent with a new lineup and a new album!  We can’t wait to see our fans and friends and perform ‘On The Hunt’ in a live setting.  It’s due time we make our mark across the land once again!”