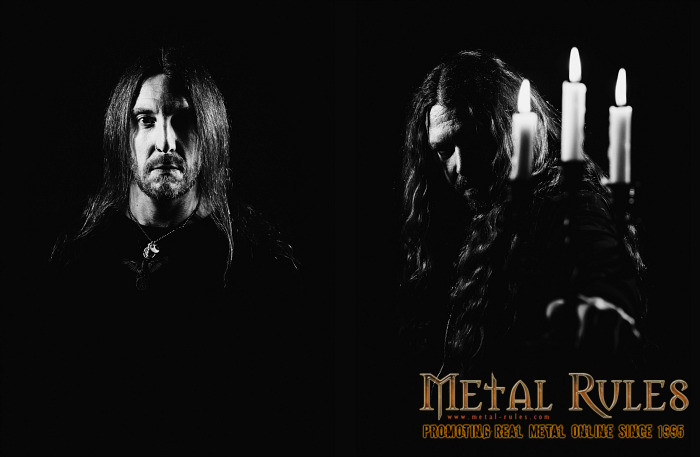 Hey, and thanks for your time today. You’ve been established for quite a while now, what keeps the band going and to keep gaining new fans?

Passion. It feels good to have something valuable in life which is increasing.

You’re about to release “When We Are Forgotten” in the coming month, how will it be different from the previous five albums?

In comparison to the other albums, we wrote a lot of songs and ideas, much more than in any other production before. Finally, we had to decide between many songs and you may think that is a very good thing, but it is hard to find the right song/idea if you already fall in love with these tracks. The final guideline was, to have an album that is darker and more intimate than the other album and also having fewer epic parts and historical backgrounds in the lyrics.

Who created the artwork and what inspired it?

The cover is very important for us. It is the face of the whole work and transports the feeling and meaning of the songs. As always it was a long way until we were pleased with the result, but from the beginning, we had the plan to show a transformation. You could imagine that the figure is a goddess dissolving with the unknown darkness. The candles will burn down more and more and only total darkness will remain… until she is forgotten. The cover has been made by Void Revelations and was finalized by Heresie Graphics. How did you first get into black metal and what made you want to form a band?

I never wanted to start a band. A friend convinced me to buy a drum kit and to record the drums for his songs, that cooperation ended and by a lucky coincidence I got a guitar and an amp to start a solo project. Vespasian and me came together also by luck. I picked him up as he had no ride to travel to a festival. Black Metal has the power to generate images, stimulates inspiration, is a valve for aggressions revives nostalgia and let you start thinking about your life. No other music or art is triggering us as much as Black Metal.

Do you have a particular favourite track from the new album?

It is probably Transcendence and My Solace II: Paths of Perception. How would you describe your music to someone who has never heard it?

Imperium Dekadenz is a kind of a castle on a high rock surrounded by a forest. Hidden and dark were you can retreat from your life, being alone and fulfilled with spirit and emotions. It is not against something, it’s there to make you stronger. Maybe someone wouldn’t call it Black Metal anymore, but that is the meaning of Black Metal for us for 25 years now.

What is the black metal scene like in Germany?

There is a small core of people following the “True Black Metal” attitude. Some of them are into NSBM-shit. The biggest part is open-minded and is often generally interested in Metal or other music styles like WARDRUNAR, HEILUNG, DEAD CAN DANCE, etc. There are a lot of concerts and festivals where you have the chance to see many Black Metal Bands. I think Germany is a good place if you are interested in Black Metal. What genres do you listen to outside of black metal?

Neo-Folk, World Music, Middle Ages or Ancient Music, Dark Wave, Cold Wave and of course all the Metal styles. …Music which is able to touch our souls.

Where does your inspiration come from when producing new material?

From art we consume and our experiences we have in our life. Our fulltime jobs generate hate and hate is a good motor to create explicit art, so there is a wish to bring one’s innermost to the outside world and music is certainly a great medium to do that. Do you think it’s important to be signed to a label to be able to succeed in today’s music industry?

Labels have usually a good network with people which can help with the daily business. Today you can manage your band completely autonomous if control is your passion, but we are happy to have some good support from these people.

Underground music seems to be very important in the black metal community, what does it mean to you?

Well, it is the ‘place’ where we can find new ideas and impulses. In the last years, Black Metal has been mixed up with a lot of styles. Some mixes we found great and others just are shit, but all begins in the underground. Once there was an eager demo tape exchange and only people who were really on a quest to find a new treasure in the underground had a chance. So today where every band can share their songs and thoughts by a few clicks, the definition of underground should be reconsidered.

What is the procedure of producing/writing a new album/EP? Do you have a set way of doing things?

We are only two guys, so it is more work for us but there is only a small potential for long discussions if you have more people who want to decide or influence any tasks. It’s a well-running constellation for many years now and a wise man has said ‘never change a running system’. We both create new song ideas at home and as soon as we are pleased with the status it will be sent to one another.
Discussions and improvements are following until we are both satisfied with the result. It’s a big advantage that we both can play several instruments. So, we can present us with real songs with all instruments, not just ideas. The drums are recorded at the Iguana Studios with Christoph Brandes and the guitars, synths and vocals are recorded by us. Everything comes together again at the Iguana Studios were the album will be finalized.

What do you like to do outside of music, any other hobbies?

I like hiking and travelling to historical and nature-mystical places. Of course, we are also very interested in historical stuff over all centuries. I started with photography and video production in 2016 which I can also use for the band now. Last but not least I like movies (all genres) and computer games (hard, dark and dirty and no Fortnite-children-shit). What’s next for the band? Any future plans/tours?

We have already confirmed shows for the UK, Spain and Germany and we are currently planning a tour for early 2020. We will release another music video for the song “Bis ich Bin” in September which is completely produced by us.

Are there any new black metal bands that have caught your attention this year?

Your top 3 favourite albums of all time?

What advice would you give someone wanting to start a band today?

You will only be happy making music yourself if it is that which gives you fulfilment. All other goals will sooner or later be extremely disappointing for you.

Is there anything you look back on and would like to change?

It would have been nice if we had started with Imperium Dekadenz earlier, but as I had said before, the circumstances as the project started were very much shaped by chance or fate.

Thank you for your time, is there anything you’d like to say to our viewers?

Thank you for giving us the chance to share our thoughts and we hope you will enjoy our latest work when the new album is released. 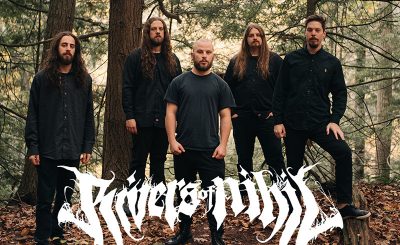 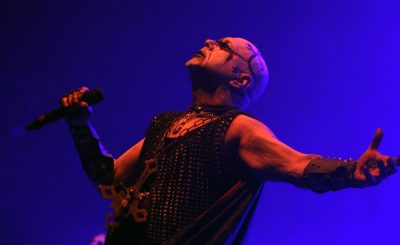 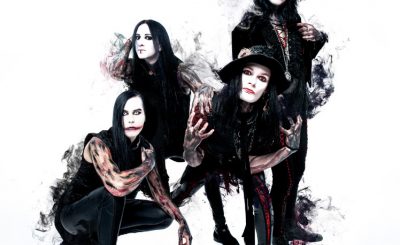 BLACK STAR RIDERS – bassist Robbie Crane and guitarist Christian Martucci discuss ANOTHER STATE OF GRACE, Scott Gorham, a new lineup, and the evolution of the band. 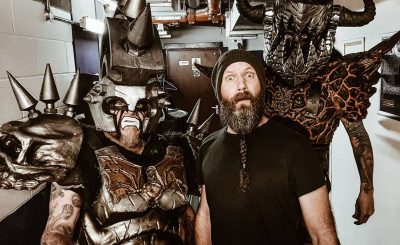 GWAR – In Conversation – Use Your Collusion Tour: December 2019