IN AMIDST EUROPEAN UNCERTAINTY AND CONFUSION – ONE THING THE UK CAN BE SURE OF IS JIZZY PEARLS ANNUAL VISIT TO THE UK.

JIZZY PEARL will soon grace our shores armed once again with his UK band (Stevie Pearce, Mickey Richards and Christian Kimmett) to deliver A truly breathtaking back Catalogue of songs with the ferocity and power that only he can. From incendiary albums BLACKOUT IN THE RED ROOM and WASTED IN AMERICA .Prime selections from LETS RUMBLE all the way through to His latest and highly acclaimed Record ALL YOU NEED IS SOUL. JIZZY PEARL has lived it, breathed it and can still sing it.. without falter.. a truly remarkable spectacle. 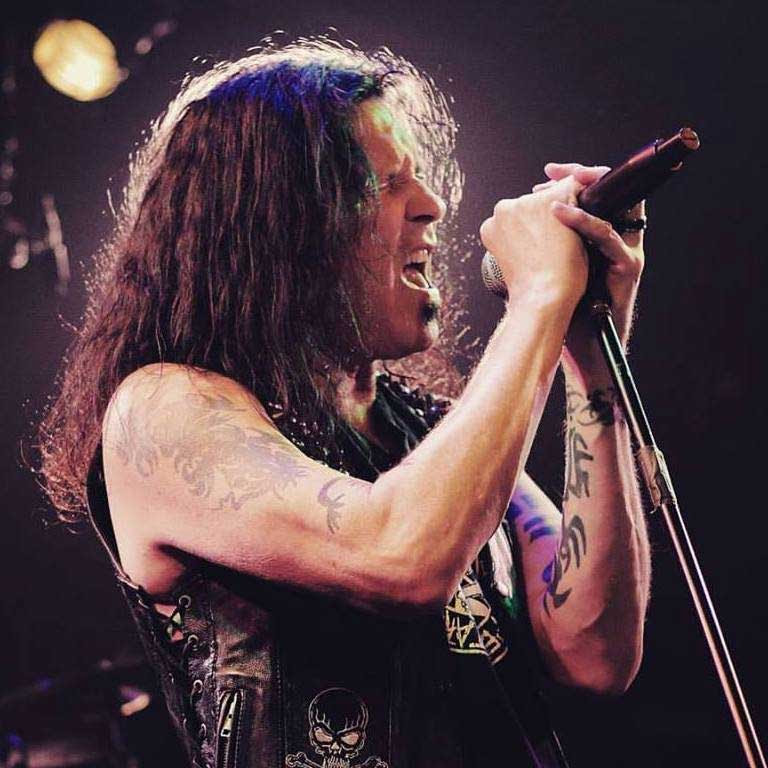 The UK Leg of the Tour begins in Edinburgh, Bannerman’s on the 13th of March and culminates On March 24th – With a stop off in Wales to play a sold out HARD ROCK HELL on Friday 15th opening for UFO. This time around sees the return to NOTTINGHAM which has been off the the touring schedule for a few years, and also SHEFFIELD – where there is the chance to meet the man himself, watch sound check and get some free goodies! All you have to do is visit the Corporations Facebook page for more detail: www.facebook.com/CorporationSheffield

Following this The band will play 4 dates in Italy (To be announced soon) before returning to the UK, where JIZZY backed by Stevie Pearce will embark on a second instalment of ACOUSTIC SONGS AND STORIES. Stripped back Love/Hate favourites with some JIZZY PEARL Solo Material from Just a boy.. and a cover or two thrown in for good measure.. Intertwined with historical rock and roll anecdotes straight from the mouth of the guy that witnessed it – the same guy that hung himself aloft Hollywood, from a crucifix, tied to the letter ‘Y’ in the name of rock and roll. Who doesn’t want to hear about that??

ALL THIS ABOVE.. Is a testament, not only to the loyal fans- but to the longevity of timeless songs and one hell of a voice 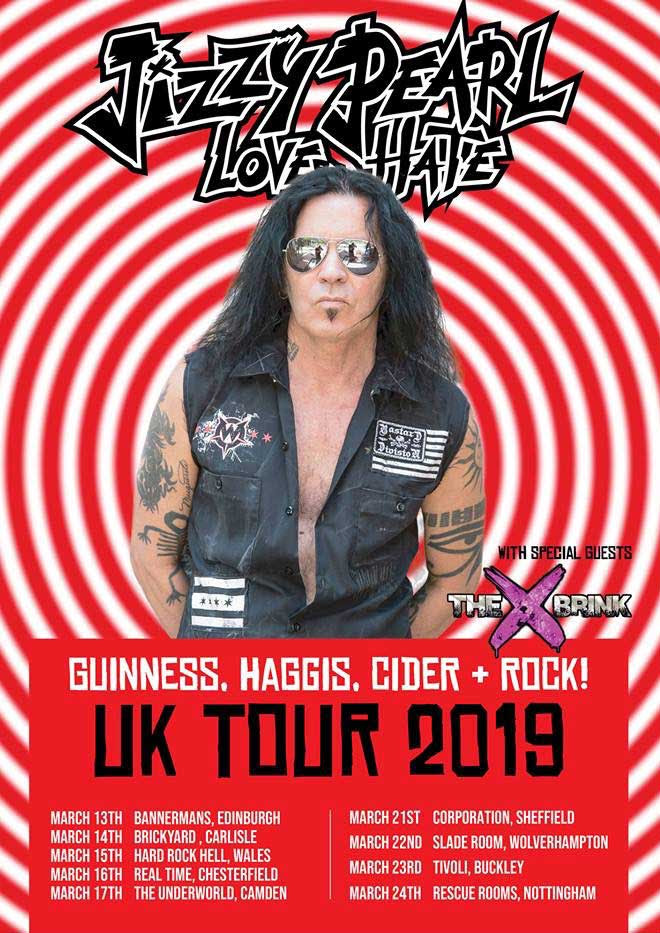 With main support from THE BRINK and SILK ROAD.

ALL DATES LISTED BELOW