It’s Friday night 21st of December in London, it’s winter solstice and I’m on my way to Camden’s Underworld venue while I’m contemplating, why on hell’s earth I would choose a comedy show over a gig. Being a gig enthusiast all my life, I would hands down choose music over comedy on any given night, especially on a night like this where lots of stuff are happening. I arrive at the venue with a sense of confusion and anger, my inner voice is pissed off at me, ‘’that Andrew guy better worth the hustle otherwise damn him for all eternity’’. A glass of white wine will chill my nerves and make me relax for the whole experience. I enter the half-full venue at the moment and try to align with the rest of the crowd. The good news is that Andrew O’Neill has chosen Thomas Truax as an opening act instead of another comedy stand-up which gave me the feeling that I’m not missing out on the music experience. Thomas is a one man band and he also opened for Duke Special and Peter Murphy’s gig in Northampton earlier this month so I’m quite intrigued to see what he is all about. I arrived half way deep in to his set and the first thing that caught my eye on stage was his self-made steampunk instruments while he was playing a steel guitar. The sound was really interesting, it was like a cabaret version of Einsturzende Neubauten. I liked what I was hearing and Thomas’s stage presence was filling up the gap of other existing musicians. He was circling the stage wearing his steel guitar around his waist while the steampunk weird instruments were giving the back-bone sound to set the pace. Was a really enjoyable support act and I’m looking forward next time to see a full show of him. The clock is almost about to hit nine and the venue is full which is an indicator that a lot of other people chose a comedy night over a gig which makes me feel less alone. For sure most of them they were musicophiles and not your typical stand-up comedy crowd because I saw an abundance of heavy metal t-shirts and patches circulating. There’s a reason for that too, Andrew except from a comedian he’s a musician and a writer too. He is a member of ‘’The Men That Will Not Be Blamed For Nothing’’ band and he also published ‘’The History of Heavy Metal’’ book. The show Andrew is going to present to us is called ‘’Andrew O’Neill’s Black Magick Fun Hour’’. Set on the stage is a small altar of candles, black magic artefacts and an acoustic guitar. For a moment, I thought I was mistaken and that wasn’t a comedy show after all but a weird music night of satanic litanies. It’s nine o’clock and Andrew storms the stage with his face covered with corpse paint a characteristic thing that black metal bands do. I instantly thought that’s a nice and funny way to present yourself if you gonna name your show Black Magick Fun Hour, it’s comedy after all. He introduces himself to us and begins to explain to the audience why he named his show like that and the events that led to that. He has great energy on stage and he’s not boring, invites the crowd to participate and clap rhythmically too something you see in gigs a lot. My worries about the night begin to fade away and I’m loose now to enjoy Andrew’s funny encounters with black magic. He swears that Neptune appeared to him, considering that his black magic experiences may have involved substances I’m not so sure he did so, nonetheless it’s hilarious the way he portrays himself inside those escapades. In the act, he even involves his cat which he is a faithful servant too. A lot of pet owners in the crowd for sure felt a connection there. He tells us his favourite things to do is watch cat videos on YouTube and crack jokes that no one understands. He fails massively on the latter because everyone seems to enjoy his act. He picks his guitar and starts to do covers of famous songs that he sings to his cat including Blue Oyster Cult’s – Don’t fear the reaper. Or should I say Blue Oyster Cat? His flow between jokes and music is very smooth and gave us an interactive experience too whenever we were asked to participate in the jokes or in a sing along. Andrew’s comedy style is closer to Bill Bailey’s in the way he entwines comedy and music together. His hour is almost up and a last joke and song of how he would have an honourable death is in store for us. He bids us farewell and invites us to sign his mailing list to be in touch and abolish Facebook once and for all and buy some merchandise too including his book. Comedy doesn’t pay that well and the man has a cat to feed too.  Now that the night is finally to an end, I must admit I really enjoyed it. It gave me the feeling that I was at a gig with all the music involved and also laugh at some really good jokes. For a change, I’m not all sweaty from all the moshing in metal gigs and I have a euphoric feeling that I was entertained. In the end of it all, comedy or music, it is about having a good time and forget the worries of the everyday life. Oh and one more thing: KNOCK KNOCK? 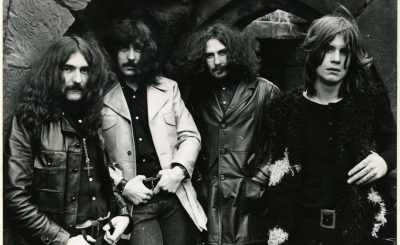 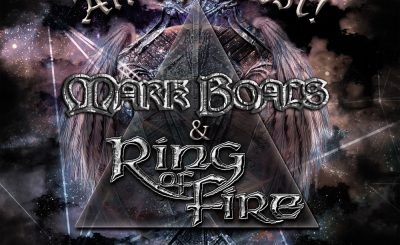