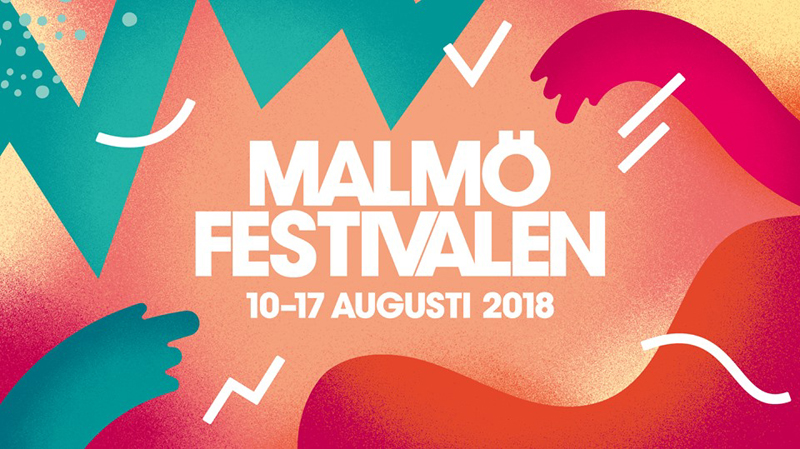 Today the band Finnegans Hell caught my attention, the band released its first EP in 2011 and was so popular that it was sold out and gained the band interest in Europe. The debut DRUNK SICK AND BLUE was unleashed in 2014 and the band comes from Gothenburg and Malmo Sweden. As you may already guessed the bands music is celtic punk and the guys have been mentioned as one of the driving forces behind The New Wave of Swedish Celtic Punk (something I didn’t even knew was a thing in Sweden).

Another band that was going to perform at Rock Stage later this night was the Finnish youtube sensation Steve N Seagulls and people was hanging around the area already this early during the evening in order to get a good spot at that show.

“Drunk Sick And Blue” opened the evening and was followed straight away by “Whisky Darling”. The band consists of six people which made it a bit crowded on stage. “All In” and “Jar Or Porter” followed and well out from the photo pit I noticed that the tent was pretty empty, not many people were watching the band which was strange since they, at least in my opinion, was one of the bands that felt fun and fresh to see, the tent was maybe semi-filled with people not more.

“How Am I To Make It?” followed and to call Finnegan’s Hell’s music celtic punk I question, I rather name it as celtic rock with hints of punk influences. Even though the songs felt solid and the music was great I was a little disturbed by the fact that the singer is Swedish and not Irish, I prefer to hear Celtic rock sung with an Irish accent like Flogging Molly or Sir Reg for example. So that brought down the rate a bit but overall was the music quite good. The guys knew how to take on a crowd and it was obvious they have done a few miles on stage. They had the fans to shout and scream at their command and it felt like the band and the fans had a good time together this evening. The time flew by pretty fast and I was a bit surprised when I realized it was time for the last song for the night in “Reversed Evolution” that ended the 45 minute show.

The show was OK and it was fun to see a band I hadn’t seen before, however there are bands in this genre I rather prefer than Finnegan’s Hell but the guys put on a much more solid show compared to what many other bands did at Rock Stage this year. New day and new bands to see at the festival, yesterday night one of Sweden’s most loved hip hop artists in Timbuktu perform and he has the record with 26000 people seeing his concert last time he performed at the festival. Most buzz did the star DJ Steve Angello who is one of the founder of Swedish House Mafia create when he was announced as the ending star at the festival next day, his show was a charity show and he donated the money he earned on the show to the project For Our Malmo that supports social initiatives for kids and teens in Malmo. Bomber was about to perform at the Rock Stage but first and foremost I was going to see Graveyard put on their show at the biggest stage at the grand square. Many of you probably already know who Graveyard is, the band was formed in Gothenburg Sweden, in 2015 the album INNOCENCE AND DECADENCE was released and the same year it was announced the band was being put to rest. The rest didn’t last for long and at the end of 2017 the news came that the guys was working on a new album. PEACE was the name of the album and with the new album a few new members also arrived in the band that has been described as one of the best 70’s hardrock/rock n roll acts from Sweden the past decade.

The stage at the grand square was really high up and I soon realized that it was going to be hard to take pictures of the bands performing there. This year there was also a rolling cameraman with a camera on rails filming the artists for the big screens beside the stage so he was also in the way of the photographers. When it was about 15 minutes left until the show started people started to gather in front of the stage and we were let into the photo pit. First song out was “Slow Motion Countdown” and the crowd greeted the band with cheers as they walked out on stage. “Please Don’t” followed straight away which is the first single from the new album PEACE. Singer Nilsson thanked for the applaud and said the next song was another new one and it was called “Walk On”. The line-up in the band is:

As always the band members stood solid on their spots during the show and didn’t move around at all. Graveyard is not a lively live act that’s for sure, they concentrated on the music and hardly did any talking in between the songs at all. Even though I don’t like the band or their music I have seen them a few times and have to say that they are one of the most boring live acts I’ve ever seen. “Buying Truth (Tack och Förlåt)” followed as well as “Uncomfortably Numb”, when I got out from the photo pit I could see that there weren’t that many people watching the show. It was a bit crowded just in front of the stage but the further away you got from the stage the amount of people narrowed down. Nilsson thanked the crowd introducing “The Fox” which was followed by “An Industry Of Murder”. “Goliath” continued the show and “Ain’t Fit To Live Here” followed, not much happened on stage beside music and the songs “Bird Of Paradise” and “Magnetic Shunk” brought the show forward and the long instrumental parts made me almost fall asleep. “Hisingen Blues” and “The Siren” closed the show and 60 minutes was over. Graveyard didn’t win me over this time either and I still think they are one of the most dull live bands ever, however one thing should they have credit for and that is that the new album includes more up-tempo songs than the older ones, and the members are all really skilled musicians, otherwise…nahh this is not my kind of music or band. I don’t have the slightest idea why the organizers put the band on the biggest stage, they would have suited better on a smaller one with a more intimate feeling. I walked down to the Rock Stage in order to see Bomber perform and many of the people that use to hang out at Rock Stage was seeing the Graveyard show and started to make their way back.

The stage that was placed at Posthusplatsen former years was this year erased and instead they out the folkdance court there. The Tivoli that also use to be at Posthusplatsen also changed location and was now situated close to the Rock Stage, maybe the organizers should make up their minds where to put the stages. All the moving around makes the visitors confused. With the loss of the Posthus stage the festival is one stage shorter and since there was a few harder acts that performed there the organizers had cut out the rock and metal fans out of the equation once more.

Now it was Bomber that I was going to see at the Rock Stage and I arrived about 30 minutes early. Bomber comes from Malmo and the info sheet say that the band delivers hard rock n roll music influenced by Thin Lizzys unforgettable guitar riffs, add to that a heavy groove that echoes from the sound of stoner rock and boogie a la The Brought Low and Priestess. The band’s EP released last year is titled ARRIVAL and the band is currently working on their debut album. many I met talks warmly about the band and I was eager to see what they were going to sound like.

The member entered the stage and it was full speed ahead from the very first song. The band was really energetic and their music explosive and vital. The singer/guitarist Sköld thanked the audience saying we are Bomber and we are from Malmo. The next song followed instantly and it was Sköld and bass player Andersson that moved around the most on stage they were both really sweaty pretty early into the show and the crowd seemed to enjoy their high fueled appearance. Bomber is:

As I left the pit I heard Sköld say the next song was about written by the bands handsome bass player. In my ears the bands music sounded like heavy metal teamed up with hardrock. Both the lights as well as the sound system worked well and I have to say the band impressed me. The band crazy energy and solid material was a fun surprise amongst this pretty lame festival week. “Devil’s Ride Out” and “Creepy” followed and the band urged the fans to clap their hands in the songs. It felt like the band extended some of the songs in order to kill some time, maybe they didn’t have enough material to fill out their show. Even if so was the case I didn’t mind the longer songs and thought the band had some really interesting material to offer the crowd. Grahn said that the band wasn’t born and raised in Malmo but have moved here from various parts of the country and we are currently writing some new material that we hope to release closer to the winter. Here comes our last song for the night he said and if you got internet then check out the video to the song, here is “Come Tomorrow”. Sköld had the crowd to scream at his command and a guitar duel was fired off between Sköld and Grahn after which the bandmembers were introduced. Thant ended the 35 minute show and the band walked off the stage, even though the show was pretty short I was really happy with what I just saw and the band definitely made me curios of checking them out a bit more. It was obvious the band was use to appear in front of a crowd and I’m eager to see and hear more from Bomber in the future. This was absolutely one of the highlights on Rock Stage this year. With Bomber as the last band out for me to see this night I headed on home preparing for the next day which was the last one at the festival this year.