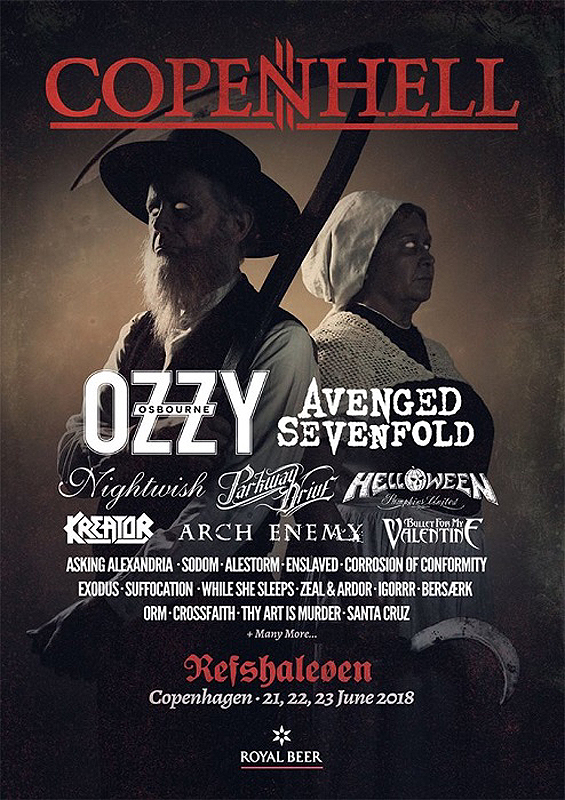 And so was it time for another round of the infamous Copenhell Festival; the ninth one so far. The first bookings were revealed back in November 2017; the first names out were Avenged Sevenfold, Bullet For My Valentine and Suffocation. In December the festival announced more bands like Ghost and Alice In Chains. Something that was new for this year was that the festival having a warm up day during Wednesday when only a few bands would perform on the Paendamonium stage. A few bands like While She Sleeps and Santa Cruz later canceled but they were replaced by Nothing More and Soulfly.

The single day tickets for Friday were rapidly sold out, as well as the tenthouses, spots at the autocamp, and the regular camping spots. News for this year was the several versions of camping tickets that was sold as well as the new and updated version of the festival’s app. As well, just like Wacken Open Air, the festival put a small fee on the plastic glasses which meant you paid 5 DK when you bought a beer and if you held on to your glass you could refill it cheaper the next time, and also get the fee back if you returned the cup to the bar at the end of the day. Since the World Cup of soccer was held during the same month as the festival, it was possible to see some of the matches inside the huge indoor area where you could buy food and beverages. As in past years, it was Live Nation Denmark that hosted the festival. Sponsors this year were Royal Beer, Hifi Club, Jegermeister and KMD.

Over the years, the festival has branched out to include other attractions. This year they added “Copenhell Freezes Over”, where new bands were given the opportunity to perform, as well as the annual Copenhell Metal Cruise which travels between Copenhagen and Oslo. It’s really nice that the festival’s grown over time; no doubt it’s the heaviest metal party in Scandinavia.

Read more on the next page