November 22nd, is the one-year anniversary of Italian heavy metallers Hyperion‘s debut album, Dangerous Days, and they’ve decided to celebrate it by releasing a video clip with live footage from the song “Ultimatum.” You can see the band onstage while enjoying this killer dose of metal! See & hear Hyperion’s “Ultimatum” video HERE.

Dangerous Days contains eight songs in 45 minutes. Production and mastering were assembled as to recreate the pure, classic, steel-solid heavy metal sound of the ’80s in the vein of bands like Judas Priest, Annihilator, Iron Maiden, Metallica, and Megadeth. Cover artwork for Dangerous Days was painted by Australian artist Alex Reies, who originally entitled it “The Lord and the Colonel.”

Hyperion‘s Dangerous Days was released on November 22nd, 2017 on CD format through Fighter Records. More info can be found after the jump. Cover and tracklisting are as follows: 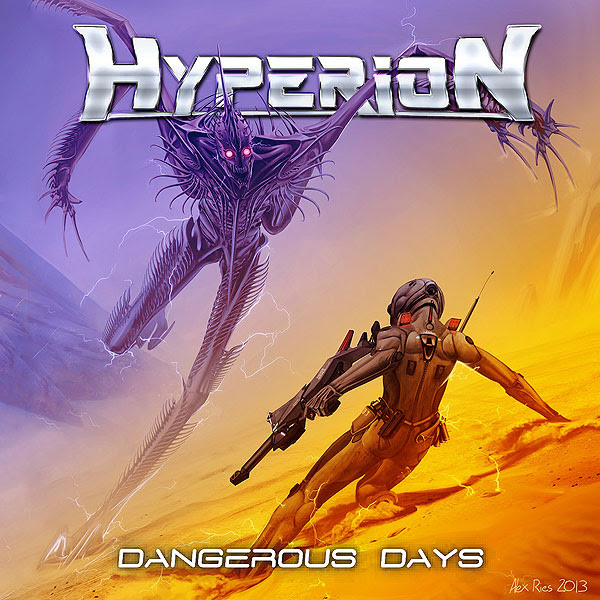