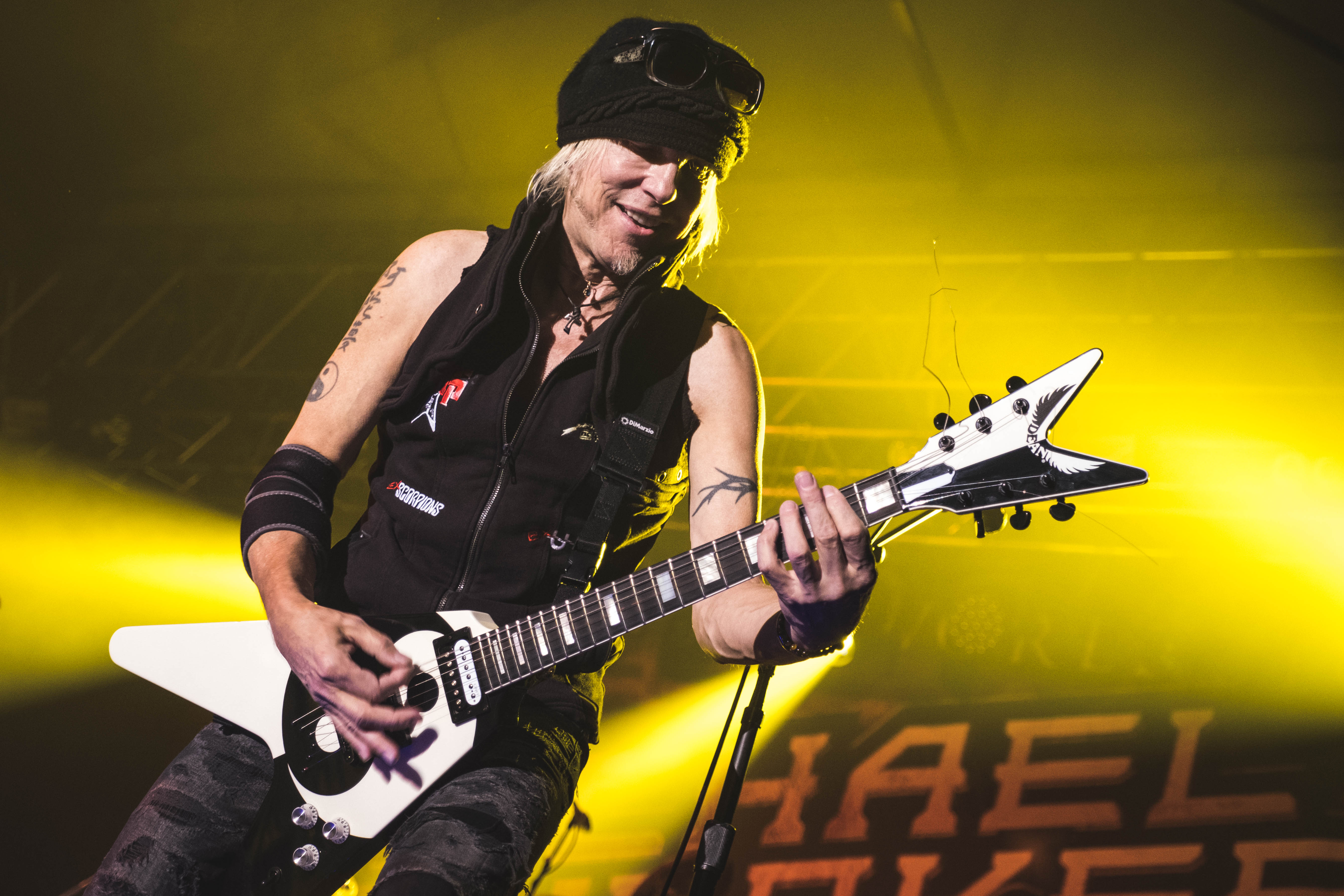 Review & Photos by Ya Cheng

Michael Schenker Fest is currently on tour supporting their new album “Resurrection”, that has been released via Nuclear Blast Records this March. Glasgow luckily got picked for one of the dates. Alongside the legendary German guitar slinger Michael Schenker, the band consists of 3 original M.S.G. singers: Gary Barden, Robin McAuley, Graham Bonnet as well as Doogie White of Michael Schenker’s Temple of Rock. The night started with Scorpions’ “Holiday”, sung by Michael himself which unsurprisingly became a massive sing-along, what a fantastic way to kick off a gig.

Although Michael stays at the right side of the stage for most of the night he remains the centre of everyone’s attention nonetheless. His guitar playing is simply breathtaking both musically and visually, I mean that’s what the majority of the crowd is primarily there to see, myself included. Another highlight of tonight’s gig is that we have got four different lead singers who have worked with Michael over his long solo career, going through the massive catalogue that Michael has to offer.

First singer on tonight was Doogie White, who raced through Temple of Rock’s songs like “Vigilante Man” and the ever-so-popular “Take Me to the Church”. These songs might be the newer material of Michael Schenker, but the reaction from audience proved that his new songs are just as good as the old classics. The second singer onto the stage was Graham Bonnet, who appeared in a white shirt and sunglasses looking extremely slick; no one would ever guess that he is over 70 years old, especially when he opened his throat with that massive voice of his. Many well known songs from the M.S.G. were played, like the “Desert Song” and “Assault attack”. This section was ended by an instrumental version of “Coast to Coast”, and of course Michael could not resist telling us the story of how he wrote the song then gave it to his brother Rudolph as a gift. Garry Barden, the third singer of the night, walked onto the stage with his cowboy hat and went through some earlier songs of Schenker, including “Attack of the Mad Axeman” and “Ready to Rock”. Most of the night we would see the four lead singers float in and out to provide background vocals while giving the dedicated singer the spotlight, and it worked seamlessly. “Warrior”, from their new album, was where we saw all four singers together delivering a harmonic rendition of the song, and it was so much fun to watch. After an amazing performance of “Into the Arena”, where Michael Schenker showcased his crazy guitar skills once again, it’s Robin Macauley’s turn in the singer spotlight of the night. Robin ran onto the stage twirling his mic stand; it certainly felt like an 80s rock show. He soon declared his lead singer position and strongly delivered songs including “Bad Boys” and many UFO classics like “Shoot Shoot” and “Too Hot to Handle”. This section ended with the UFO classic “Rock Bottom”, where Michael had an extended magnificent guitar solo, blowing us away. The night ended with everybody on the stage performing “Lights Out”, and it was clear that the entire band was full of joy to be playing for the audience and everyone in the crowd was having just as good an evening. One hell of a night and undeniably a festival.