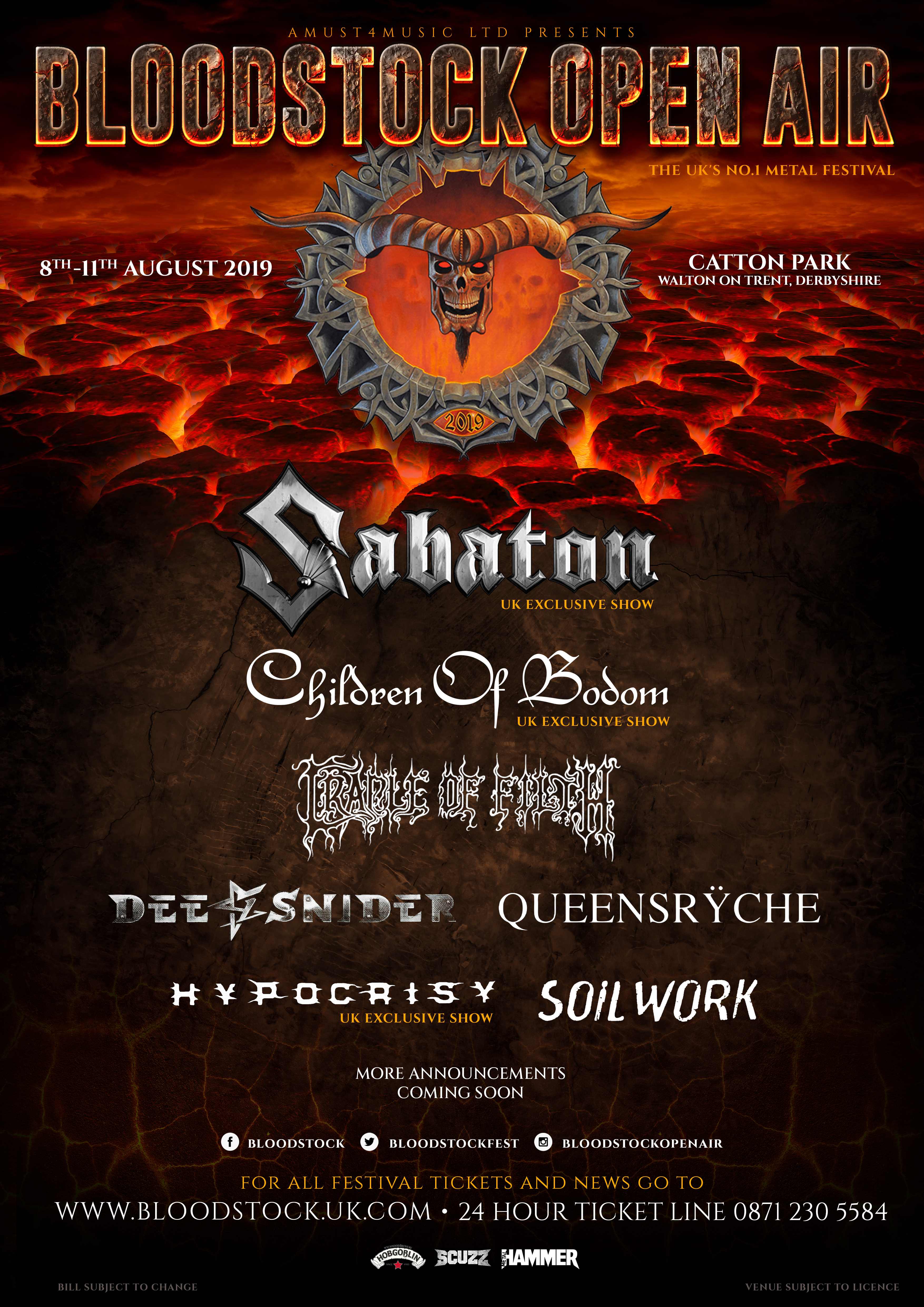 As Halloween creeps up, BLOODSTOCK has prepared an early treat and announced six new bands to join their previously announced Friday night headliner, SABATON on the 2019 bill at Catton Park.

CHILDREN OF BODOM land a Friday spot on the Ronnie James Dio main stage in a UK exclusive. The band entered Danger Johnny Studios with producer Mikko Karmila earlier this year to work on a new studio album, due for release in 2019, following 2015’s devilishly good ‘I Worship Chaos’. See the video for ‘Morrigan’ from that album at: youtu.be/jm3kDrBTlt8.

CRADLE OF FILTH return to Catton Park’s main stage on Saturday. The British hellfiends are no strangers to our hallowed ground and we’re keenly expecting both tricks and treats aplenty. Lead Cenobite Dani Filth had this to say about returning to BLOODSTOCK; “Obviously we want to finish what we started ten years ago, that is to finish our set! And for that alone we are really, really looking forward to bringing a massive Cradle show back to the BLOODSTOCK fans. We f**king can’t wait!” Meanwhile, watch the video for ‘Heartbreak And Seance’ at youtu.be/DNRIaeg6EyY, taken from their gothic horror-infused twelfth album, ‘Cryptoriana – The Seductiveness of Decay’.

SOILWORK also pick up a Sunday slot in a UK festival exclusive. The Swedish metallers are currently hard at work in the studio brewing their eleventh studio album and the follow up to 2015’s acclaimed ‘The Ride Majestic’. Check out the band blazing through ‘This Momentary Bliss’ (taken from their ‘Live In The Heart of Helskini’ DVD) here; youtu.be/3RsAF6r3gQw.

BLOODSTOCKers will be able to see the inimitable DEE SNIDER on Sunday’s main stage! The Twisted Sister frontman’s recent solo album, ‘For The Love Of Metal’ was the result of a challenge issued by Hatebreed frontman (and BOA favourite!) Jamey Jasta! Whilst appearing on Jasta’s podcast, Jamey told Dee that he ought to make a “true metal album” and he wanted to produce! The project forged ahead, picking up numerous plaudits on release earlier this year. Check out the video for ‘Become The Storm’ – youtu.be/hljBz0zTEKQ – for a glimpse of what’s in store!

We also welcome QUEENSRYCHE to the main stage on Sunday. The Todd La Torre-fronted outfit are putting the finishing touches on their forthcoming new album too and are giving PledgeMusic supporters an early taste! Head over to www.pledgemusic.com/projects/queensryche2 to sink your teeth in and get your claws on all kinds of special pre-order bundles.

Lastly, but definitely not least, Swedish death metal luminaries HYPOCRISY join us on Sunday! With Peter Tägtgren at their helm, the band released their first record back in 1992 and have released 11 more since. The band enter the studio in January 2019 to create a new masterpiece, their first since 2013’s, ‘End Of Disclosure’. Watch the video for that title track at youtu.be/MJsdZ2FR3WM.

Standard weekend tickets are also currently available at ‘early bird’ prices (just £132 for four days of metal fun), so grab yours now at the ticket store – bloodstock.seetickets.com – if you want to save a few quid. Camper van passes are also available in limited quantities, but be quick, over half the available spaces have sold already!

For those who want their VIP spot guaranteed, BLOODSTOCK’s first wave of 2019 Serpents Lair VIP tickets are also available, priced at £290. A second wave, including the Deluxe VIP packages (Luxpads, Bellepads, Podpads, etc) and a limited amount of VIP upgrades (for those who’ve already purchased standard weekend tickets) will then become available on 16th December at 9am. For full details click to www.bloodstock.uk.com/pages/vip-camping.

BLOODSTOCK will take place at Catton Park, Derbyshire on 8th-11th August 2019. Get additional information over at www.bloodstock.uk.com. 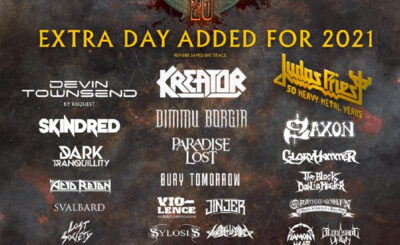 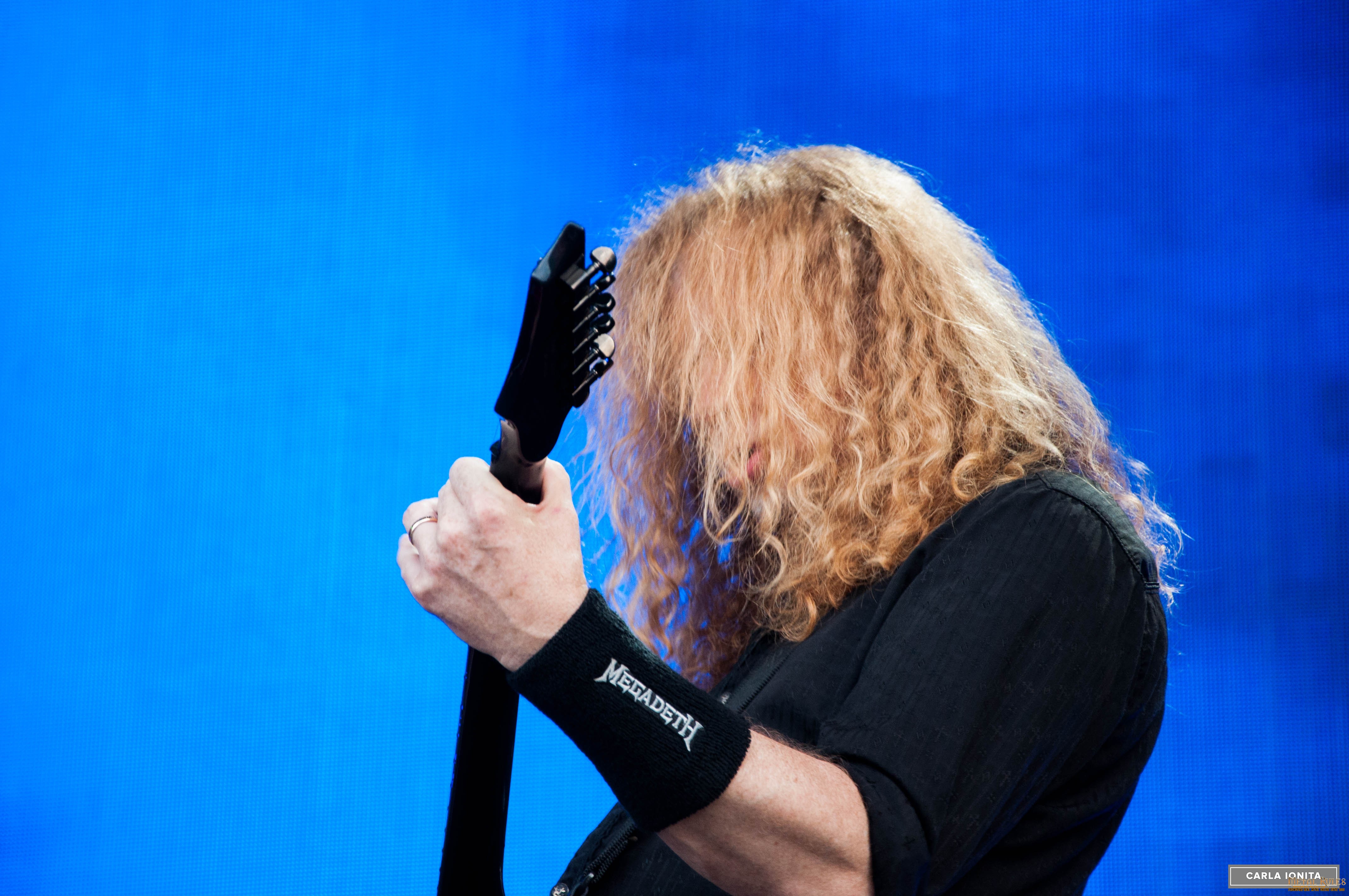