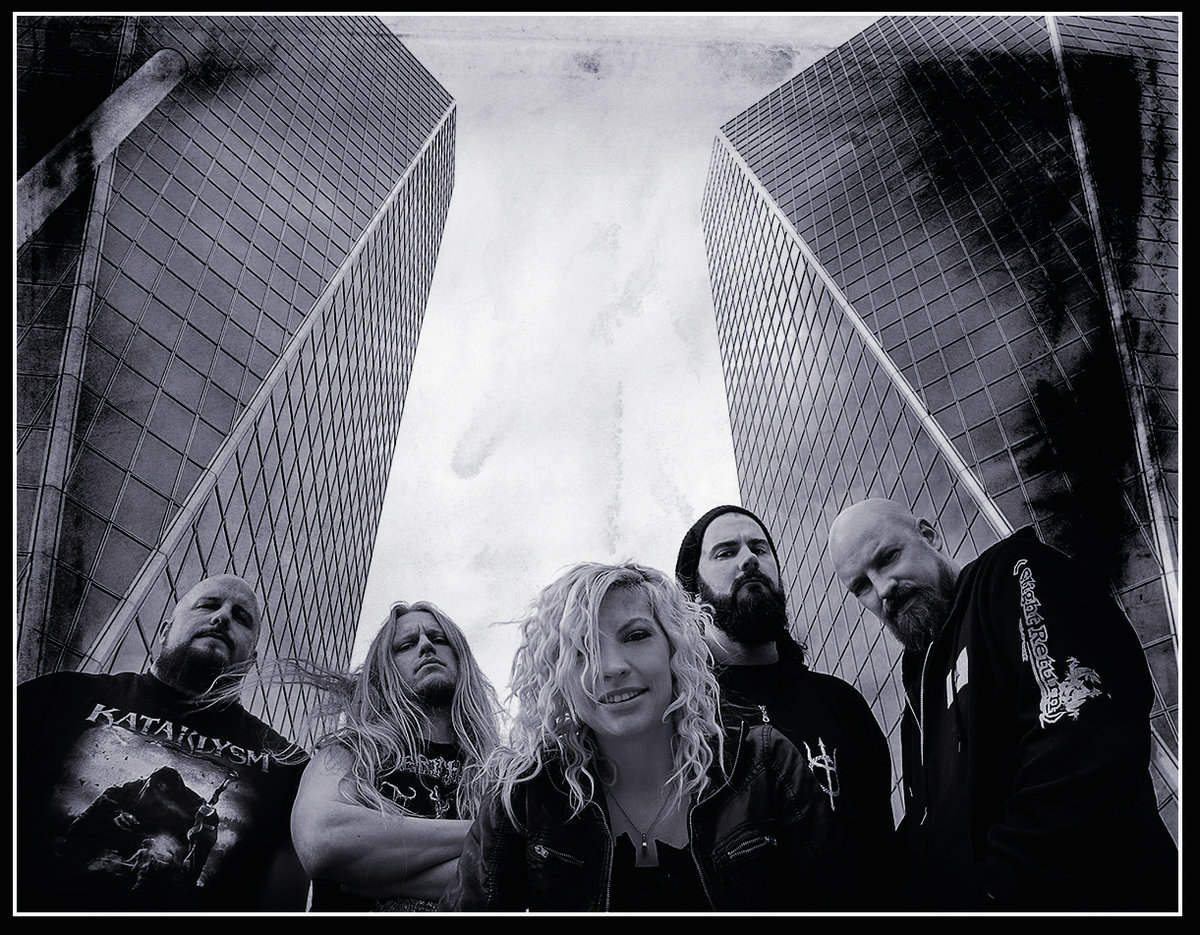 Into Eternity – featuring special guest, ex-Megadeth guitarist, Glenn Drover – premiere a new song entitled “The Fringes of Psychosis”, taken from their upcoming new album “The Sirens”, which will be out in stores August 3rd.

Check out now “The Fringes of Psychosis” below:

We are extremely excited to finally announce that we are releasing our long awaited album, The Sirens August 3rd! This album is going to be released exclusively through bandcamp so get your pre-order in today at www.intoeternitysk.bandcamp.com

Thank you to all our die hard fans out there that have stuck with us through almost a decade waiting for this album. Its been extremely difficult sitting on this and we decided that this album needed to come out. This is the first recording we’ve done with Amanda and her vocals are incredible. Also new on this album is the insane drumming of Bryan Newbury and guitar shredding of Matt Cuthbertson!
We are very proud of this album and we hope you love it as much as we do.

Cheers to you all!

“The Sirens” can be pre-ordered at intoeternitysk.bandcamp.com/

Into Eternity’s last studio album came out a decade ago with THE INCURABLE TRAGEDY in 2008 which featured vocal god Stu Block currently of Iced Earth.