Zombiefication – or more specifically, its core duo of Mr Hitchcock on vocals and Mr Jacko (also of Majestic Downfall) on guitars and bass – are back, and while they’re still following the same (left-hand) path initially carved by their debut Midnight Stench as far back as in 2010, they’ve once again decided to take step away from the rest of the cattle and do their own thing. Yes, the original goal was to pay homage to the early Swedeath gods, but after their second album, At the Caves of Eternal, it was clear that rehashing what Dismember and Entombed had done over a decade ago wasn’t satisfying enough for those restless minds always on the outlook for new and more arcane ways of describing the growing darkness around us.

Four years after their last album, and three since their last release (a split EP with Revel in Flesh), they’re finally back with Below the Grief, one beast of an album and probably, by far, their darkest and most evil-sounding yet. They’ve incorporated even more black metal influences yet have adorned it with a twisted and truly unique sense of melody. Staccato riffing has booted out the few D-beat parts they had left, resulting in a more majestic and dissonant ceremony. Still, there is plenty of brutality at display here, as Zombiefication have always been about creating a suffocating and occult atmosphere. No wonder this more subtle and complex work asks you to look “below the grief” to find what truly lies within our blackened hearts. And behold…

Begin beholding with the new track “Blood Falls” HERE. Cover, courtesy of Mr. Hitchcock, and tracklisting are as follows: 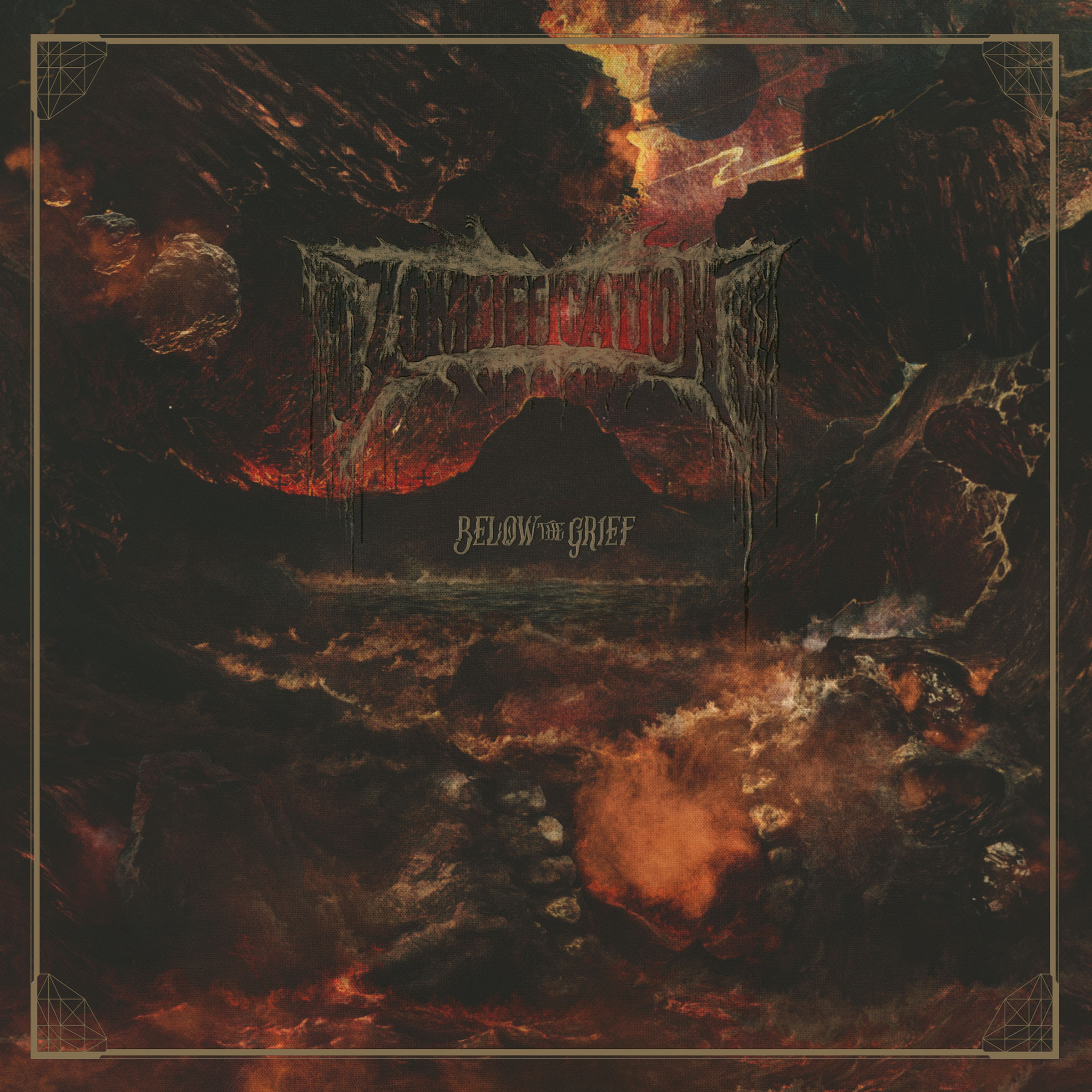 Tracklisting for Zombiefication’s Below the Grief
1. Blood Falls
2. Deliverence from the Astral Sea
3. Echoes of Light
4. From Death to its Son
5. Heavy is the Crown
6. Hunger Undying
7. Sky Burial