American, legendary, technical, metal pioneers ATHEIST have signed a worldwide record deal with the European based label, Agonia Records. The band is expected to release a new studio album, the follow-up to 2010’s critically acclaimed “Jupiter”in mid to late 2018. 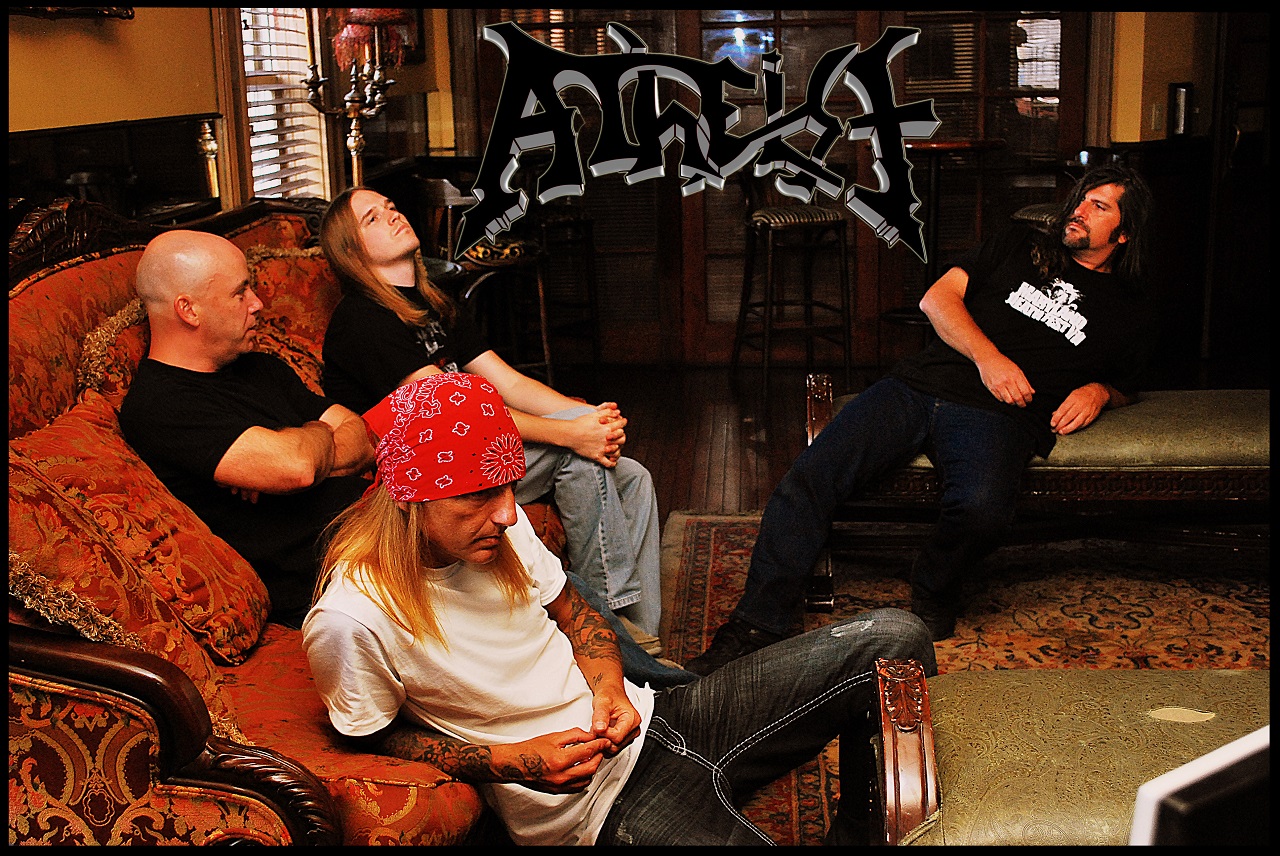 “2018 will mark our 30th year of making records. Atheist will embark on a very important album with an important new label along with a great team behind us, including Extreme Management Group. I feel confident that together, and with their anticipated dedication to bringing Atheist to a new level, the band will be poised for a crushing, new record! We cannot wait to begin this new chapter”.

Agonia Records commented:“We’re beyond excited to welcome Atheist to our roster. This is a band of extreme talent and bold creativity, a band lauded for theirinvaluable contribution to the death metal genre. They’ve been there in the early years and paved the way for countless acts playing progressive/technical death metal nowadays. We feel honoured to help them pave the way for next generations to come”.

ATHEIST are widely considered the true architects of the technical death metal genre. The group was co-founded in 1988 by drummer Steve Flynn and singer / guitarist Kelly Shaefer.

Followed by bands such as DEATH and CYNIC, they would together, define a sound that is a pillar of complex, progressive, jazz infused death metal intensity, with supreme musical prowess – the genre celebrated and known today as “Progressive Technical Death Metal”. They attained that status thanks to their debut, “Piece Of Time” (1989) and “Unquestionable Presence” (1991), both regarded as important benchmarks of the genre, and both were recorded at the now infamous, Morrisound Studios with producer extraordinaire Scott Burns. The studio itself will be forever etched in the history of extreme metal – along with the first 2 ATHIEST records, Morrisound Studios produced the albums from many known extreme metal bands of the 90’s, from Sepultura, Obituary and Death, Deicide, Morbid Angel, andCannibal Corpse.

Recognized for its blistering intensity, and heightened level of musicianship, ATHEIST created something very unique, and set themselves worlds apart from the newly developing, death metal scene. Unfortunately, at a time when the band’s profile, and international recognition was growing, tragedy would strike as the band was out on tour. The band had just finished a North American tour with Swedish metal band Candlemass and crashed their vehicle on a highway outside New Orleans.

The accident took the life of bassist Roger Patterson. He would later be replaced by another incredibly, talented bass guitarist, Tony Choy (previously a member of Cynic). While ATHEIST continued to push boundaries, in 1993, with their third studio album, “Elements”, a groundbreaking barrage of never before heard combinations of Latin Jazz/Death metal with complex, conceptual lyrics, written and recorded in just 40 days with longtime Frank Zappa engineer Mark Pinske, it would be the last album the band would make for 17 years.

Modern tech death metal acts such as Necrophagist, Obscura, Gorod, Fallujahand Rivers of Nihil, are all the products of the sound that ATHEIST created. As such, the band’s impact on the genre is not only pioneering but path defining. The band is bigger today than ever since returning in 2006. ATHEIST enjoyed rave reviews for performances at the WACKEN OPEN AIR festival in Germany as well as HELLFEST in France, and was urged to do a new record. Reluctant at first, Shaefer and Flynn got in a room and knew right away the formula was alive and well.

ATHEIST released its first album in 17 years in 2010, returning with “Jupiter”. The album displayed all the elements that the band was recognized for, and demonstrated that ATHEIST stand alone in a style all their own. The band is ready to continue the journey they began from its inception in the late 80’s all the way into its 30th Anniversary, while adding a new bassist who’s quite known in the genre and has great technical abilities, which will allow the band to push the boundaries of the genre and develop a sound that is all ATHEIST. Featuring original founding members Kelly Shaefer and Steve Flynn, ATHEIST are poised to take the next step forward in redefining a genre, that the band were truly architects in creating. ATHEIST will be supporting this next release by touring worldwide!