In less than one-month, Greek death doom veterans ON THORNS I LAY will unleash their anticipated new full-length Aegean Sorrow, upon the masses.

In advance of its release, the official premiere of the band’s video for “Erevos,” issuing of the work, “ON THORNS I LAY wastes no time as they launch with zero fanfare or fussiness into the song’s earworm of a primary melody. Ringing out over beefy chords and ominous drums, this strong melody (and its later counterpart) will play on repeat in the heads of listeners long after the song has concluded. Midway through the track, the band spice things up with a new riff that makes use of a few unanticipated chord changes as well as a truncated measure of just two beats at the end of its phrase. These additional beats stand out in stark contrast to the rest of the song, in which ON THORNS I LAY favor intuitively comfortable sets of four-bar phrases so as not to detract from the overwhelming melancholy in the atmosphere. As if one absurdly catchy lead wasn’t enough, the band deliver a second only moments later, after a brief interlude of acoustic guitar and tom fills. The guitar solo then returns, this time as a lead with layered vocals, before ceding the floor back to the second central melody to finish out the song. Led by the domineering presence of vocalist and bassist Stefanos Kintzoglou with one of his strongest and most consistent performances yet, ON THORNS I LAY are as powerful and poignant as ever.”

ON THORNS I LAY‘s Aegean Sorrow will see release on CD and digital formats via Alone Records and on vinyl via The Vinyl Division on March 12th. For CD preorders, go to THIS LOCATION. For vinyl orders, go HERE.

Aegean Sorrow was captured at Devasoundz Studios by Fotis Benardo (Rotting Christ, Septic Flesh etc.) and mixed and mastered at Unisound AB Studio by Dan Swanö (Edge Of Sanity, Bloodbath, Pan.Thy.Monium, Incision etc.). Easily among the most intense records of their more than twenty-year career, Aegean Sorrow fuses seemingly clashing concepts of catchy melodies and an incessantly mournful ambiance throughout. “We never stopped listening to our favorite albums – simple atmospheric doom death metal music since our formative years – so this is how Aegean Sorrow was created,” the band notes. “It is a mix taken from our first demos and our first four albums back in the ’90s, but with a modern sound. It is exactly what we love to hear, first of all, as fans. No trends, just pure feelings and music. Aegean Sorrow is the music we have dreamed of since we were teenagers. Waves of emotions flow over and over; it is a magical journey into the depth of our soul.”

ON THORNS I LAY began as a death metal band in 1992 under the name of Paralysis. By 1993 they changed their name to Phlebotomy and released the Beyond The Chaos demo and the Dawn Of Grief EP. The following year they settled on the name ON THORNS I LAY and recorded the Voluptuous demo which draw attention of France’s Holy Records who went on to release the death/doom sounds of their Sound Of Beautiful Experience debut. The band released five more albums and played countless shows and top festivals with the likes of Dream Theater, In Flames, Anathema, Amorphis, Katatonia, Septic Flesh, and many more before going on a twelve-year hiatus. 2015’s Eternal Silence meant the return of the band, back to the roots, playing traditional gothic-inspired doom metal at its best and reaping critical accolades from fans and media across the globe. And now, 2018 ushers in Aegean Sorrow.

ON THORNS I LAY 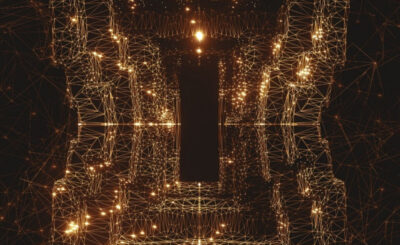 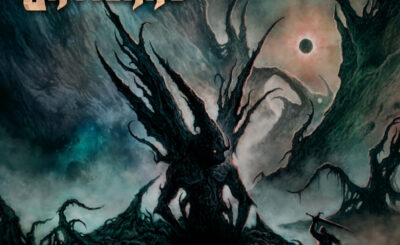 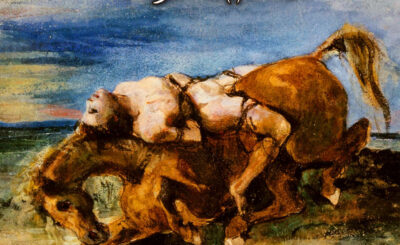 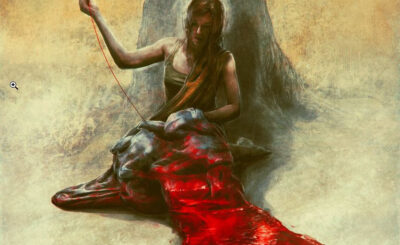