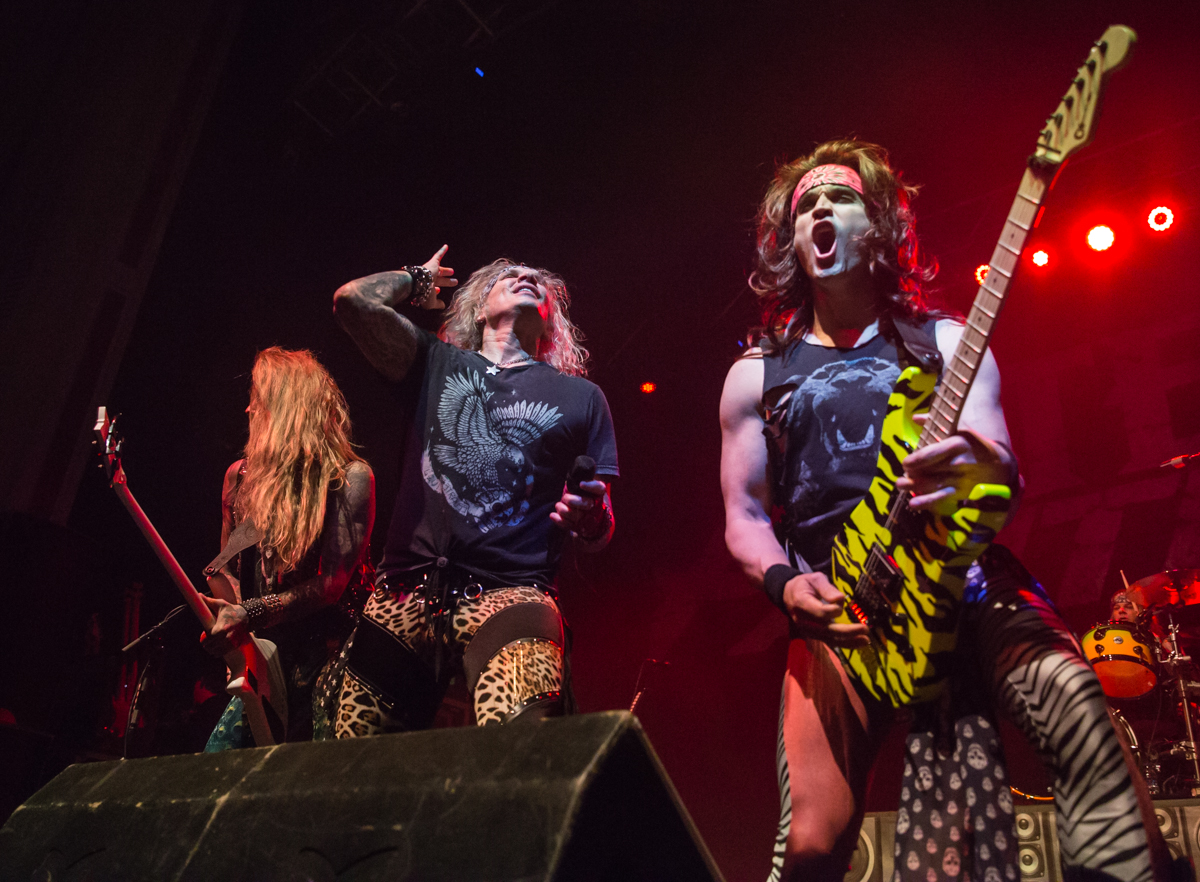 The Panthers are back! It is time to get the leopard/zebra prints out and head to west London on this mild winter Monday night. So tonight is a special night, the American band plays their 2009 album “Feel The Steel” in its entirety. Before this release, they were gaining popularity on the Californian Sunset Strip covering and parodying 80s songs. “Feel The Steel” is definitely one of those albums that offended few and delighted most, or perhaps the opposite…
While waiting for the band to come onstage, an avid fan on the balcony of the venue warms up the audience by waving and dancing for all of us, he’s definitely having a blast already! But security comes up to him and wants him to leave. This sparks the audience to cheer at unison “let him stay, let him stay”, but this wasn’t enough to keep him with us. I hope they let him sit somewhere else. Time is up ladies and non-ladies, get yourself ready to take those…out! Steel Panther gets on stage, wearing their all flamboyant glam outfits with the hair that go with it. Hairspray… lots of hairspray, I’m kinda jealous! “Death To All But Metal” open the festivities: there is something very entertaining, fun and liberating when you hear a crowd singing lyrics like “Death to Britney Spears, kill the little s****, Kill Madonna too and then f*** her in the butt”! Frontman Michael Starr is on top form, his vocals are spot on and energetic, Styx Sadinia on the drums is as just great, Lexxi Foxx on bass is caring probably more about his hair, and Satchel delivers those catchy guitar riffs like the rock star he is.

“Asian Hooker” follows, and again it is time for the ruddest karaoke I have ever witnessed by an entire audience! “Wrap a tuna roll on my d*** and the b**** is on her knees”, “Asian Hooker! Dirty Little C****sucker!”. I am laughing my head off!

A fan favourite, “Community Property” is next, even more people are singing louder!

Girls are getting on their friend’s shoulders and flashing their boobs, pretty standard if you have been to a Steel Panther concert! Later some will get half naked on stage and dance like no one is watching… You go girls! “Eyes of a Panther”,”Fat Girl (Thar She Blows)”,”Eatin’ Ain’t Cheatin'” – the setlist rolls on, the audience is having a blast, and as Michael Starr said earlier “Mondays are the new Fridays so let’s get this party started!” “Party All Day (Fuck All Night)” is next, graciously introduced with a “Lock the doors get naked and fuck the b*****”! Steel Panther is on top form! They play the last few tracks with great energy and fun, they really are enjoying every second of it.

Because the album is nowhere near long enough to last 1h30, the band adds to the setlist “Poontang Boomerang”, “Goin’ in the Backdoor”, “17 Girls in a Row” and gloriously finishes with “Gloryhole”. This was a great gig start of the year, I can only hope to have half the fun I had tonight for the next ones. 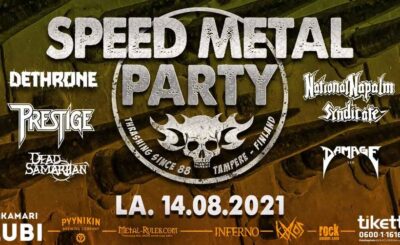