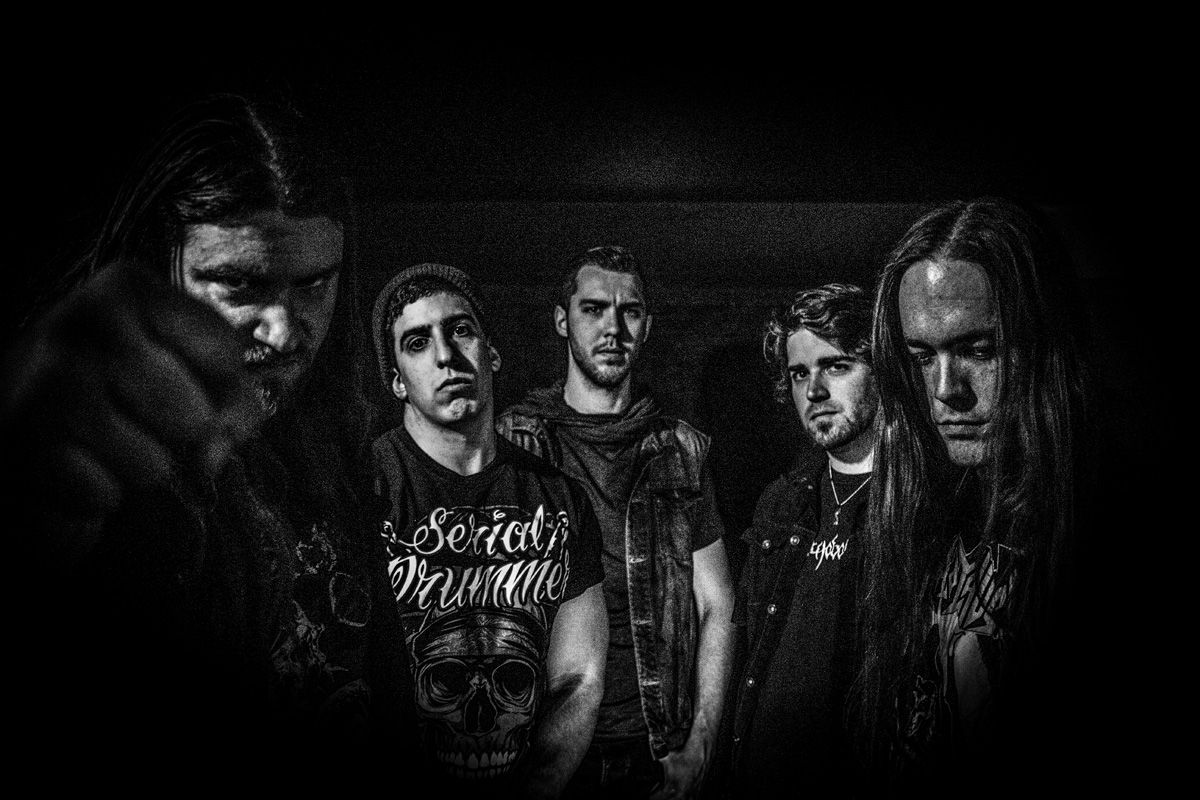 We managed to talk to MALKAVIAN, a French band from Nantes, playing a powerfull, technical and groovy Thrash Metal tinted of Death Metal. Their second album “ANNIHILATING THE SHADES” is out and here is what they have to say about it.

So your new album «Annihilating the Shades» came out in March 2017, a month ago, what has the reception been like?

Well, that’s a pretty good start! A lot of good reviews from all around the world! We truly feel that it’s a new step in our career. We worked hard on this one, and the feeling when it comes out and you get the first echoes on it is really pleasant. “Annihilating the Shades” was quite a challenge for us, we knew that it might surprise those who follow us since “The Worshipping Mass”, and that’s what we like.

What changed between your first album “The Worshipping Mass” and your second album?

The approach of the composition process mostly. The first album came when we felt it was the right moment to record it. For the second one, it’s more a purpose and the result is a photography of a shorter period. I think we sharpened our identity and we went further into the atmospheres, technicity and violence… What has been your biggest gig so far? What have you learned from it?

Hellfest 2015 for sure. We played on the MetalCorner stage in front of I-don’t-know-how-many thousands of crazy metalheads, thirsty and ready to party at this amazing festival. It was a great experience. It’s the kind of gig you could put yourself under more pressure for, but we just decided to stay focused and to remind to be aware of the instant and enjoy the moment.

You are signed to Season Of Mist, how did this happen?

Actually, our label is Finisterian Dead End, and we have a deal with Season of Mist for the distribution. We signed with FDE back in 2014, just before the release of our 1st album « The Worshipping Mass », and the label did a great job to offer to our music a national and then international audience.

Malkavian release party looked sick! What was your highlight of the night?

And it was! The highlight is when you feel your new songs are definitely alive! The atmosphere was awesome, very, very hot in this venue! We are a live band, and to be honest, it was not only the release of our album, it was also ours, because we missed so much the stage for we decided to focus on the album during the last year! By the way, we filmed the show, and we are making a video on it, It will be released in the very next days.

You have a new guitarist joining the band, how has the transition been?

Very good, we decided to inject new blood in the band last year, during the composition of the album, and Mathieu did a great job. We are very satisfied of him, he has been part of the band really quick with his constructive attitude, bringing a new breath into the composition, a new sight on several subjects and new skills in the development of the band. And indeed, he’s first of all a great musician. What inspires you to write your music?

Like every musician I guess… Music (not only metal…), life, experiences, good and bad situations, people we met, our environment, and of course, the big messy world we live in. ATS is a kind of physical and mental pressure valve…

Who would you love to tour with?

Lamb of God, The Haunted, Entombed or Obituary I’d say. They influence us a lot and they are bands we listen since we’re kids. In the new scene, Angelus Apatrida, Powertrip or All Pigs Must Die would be great as we love their music and energy.

Speaking of tours, what do you have planned for this year?

We are currently planning a French tour for this year. We’ll tour with Heart Attack and Deficiency, open for Death Angel in our hometown Nantes, and we really hope to play the maximum of gigs, not only in France.

You appeared on tv in France for « Une Dose 2 Metal », can you tell us how it was? How did your family and friends react?

It was an amazing experience for us all to be able to shoot with a whole TV crew. We had a blast for sure, everyone was very kind and supportive about our performance and our music. Last but not least, our family and friends were very proud of us when the videos came out on TV and later on YouTube.

Check out our album at www.finisterianddeadend.com, www.Malkavian.bandcamp.com, or via Season of Mist, Code 7… and every digital network. See you on tour, thanks for the support ! 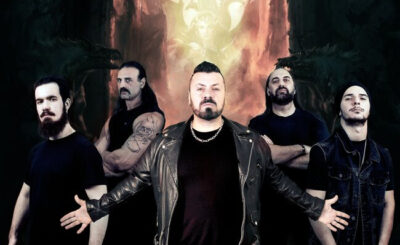 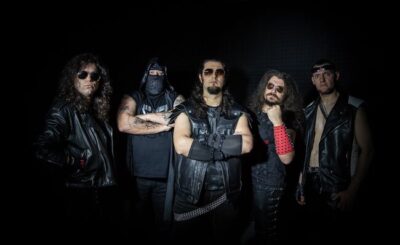 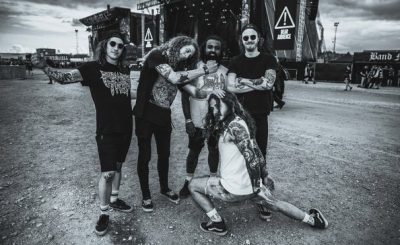