“The Last Tour”, with support from LEAVES’ EYES and BATTLE BEAST, begins April 20
Tickets and VIP Packs Available via WWW.SABATON.NET 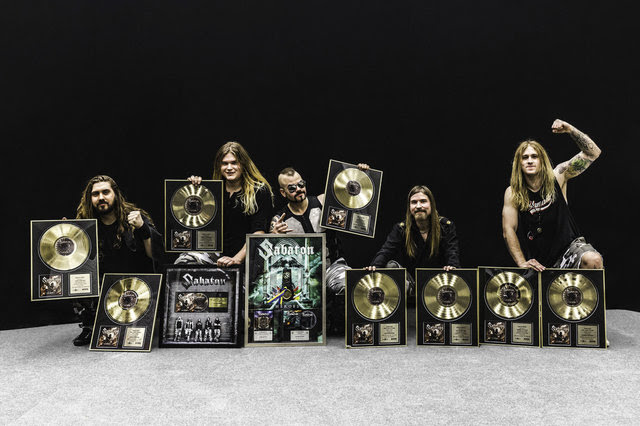 Swedish war machine, SABATON, is currently touring the world in support of their latest studio record titled The Last Stand (August 19th, 2016 via Nuclear Blast) and also holding #1 (The Last Stand), #7 (Carolus Rex; on the top for 248 (!) weeks in a row now), #9 (Heroes), and #17 (The Art Of War) in the Swedish Top 20 rock charts. After hitting the charts worldwide with The Last Stand last year (#6 World; #1 in Finland, Sweden, Switzerland and Germany among others), the band was recently honored with new plaques for their impressive album sales: The Last Stand achieved Gold in the band’s homeland Sweden and in Poland. The previous studio album, Heroes, even got platinum-certified in Sweden! On March 4th, the band had already been honored with golden plaques for The Last Stand’s sales in the Czech Republic at Tipsport Arena, Prague.

“This is a proof of two things, first that we are still able to make music that fans wanna listen to and second that we have fantastic fans who really care. Sure, the current tour is called “The Last Tour”, but as long as it is going like this we’ll be going strong for a long time.” 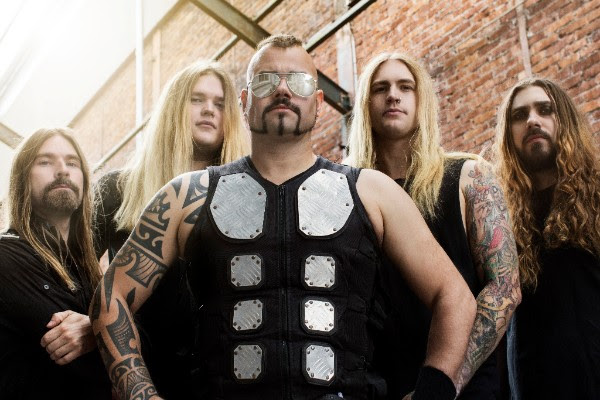 SABATON will kick off their North American “The Last Tour” headlining trek in just under one month! The band is touring in support of their highly-acclaimed eighth album, The Last Stand. SABATON will be joined by symphonic metal group Leaves’ Eyes and heavy power metal onslaught/labelmates Battle Beast.

“The Last Tour” will kick-off on April 20 at The Trocadero in Philadelphia, PA and visit over 25 cities, with more dates to be added. Tickets and VIP packs are available now via www.sabaton.net.