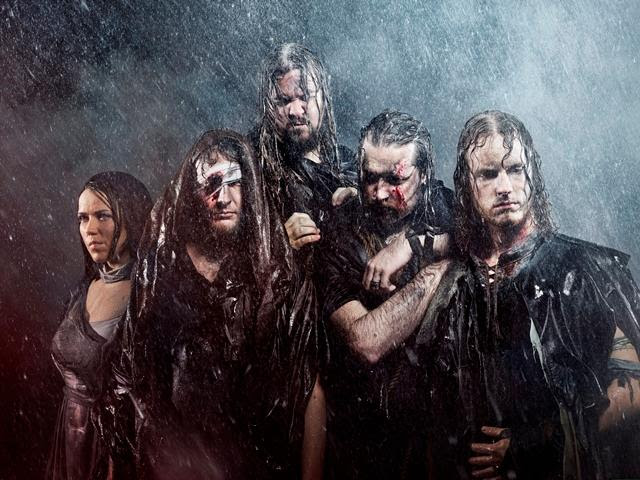 Metal Blade Records is proud to announce the signing of Finnish cinemascopic metallers Crimfall to its ranks!

Crimfall comments: “We are beyond excited for this opportunity to work with the legendary Metal Blade. It makes all these years we wrestled with the third album worthwhile as we can finally share the fruits of our labor through the most dedicated and respected label. Crimfall never does anything half-assed so be sure we go all in with this album as we see this as a massive opportunity to raise the stakes to the sky-high level.”

Crimfall took its shape in 2007 from the mind of Jakke Viitala. He gathered talented musicians to drive forth his lifelong vision of music that would respect no boundaries. Crimfall has released two albums since then, 2009’s As The Path Unfolds… and 2011’s The Writ Of Sword. Wearing many a mask, Crimfall‘s movie metal eludes easy descriptions. The influence of ancient grim-frost North and its traditional roots meet echoes of black metal, but it is all iced with massive orchestration and epic movie soundtrack atmosphere. The melodies convey atmospheres of majesty, adventure and times long forgotten, as the interplay of Mikko’s demonic screams and Helena’s heavenly vocals bring forth the raw, natural feelings and underline the cycle of seasons and the contrast of ascending lights and falling shadows.

With their third album, Amain, Crimfall has combined the best of the first two albums with new elements. Set to be released in summer 2017, a first teaser for Amain can be viewed at: www.youtube.com/watch?v=R1CCBkqWCX0