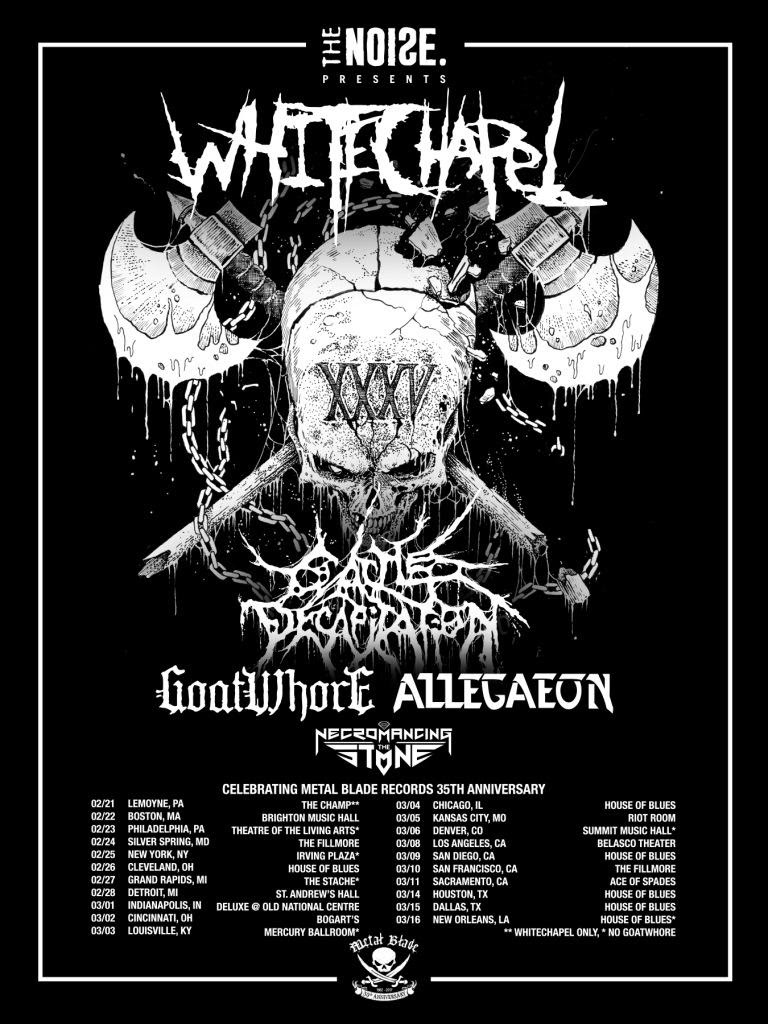 New Orleans’ Goatwhore is currently on the road with label-mates Whitechapel, Cattle Decapitation, Allegaeon, and Necromancing The Stone for a special trek that celebrates Metal Blade Records’ 35th anniversary – with added headlining dates scattered throughout. Following these shows, the band will take a short break before joining Amon Amarth for two weeks’ worth of dates from May 1st to May 21st. Due to scheduling conflicts between the two tours, Goatwhore will not appear on six of the Metal Blade Records’ 35th Anniversary Tour stops. See below for all dates.

Goatwhore recently completed tracking the follow-up to their acclaimed Constricting Rage Of The Merciless full-length. Titled Vengeful Ascension, the band’s latest studio offering was captured at Earth Analog near Champaign, Illinois. Fans will be able to pre-order Vengeful Ascension as part of an exclusive bundle only available directly from the band’s merch booth on both tours. The bundle will come with a t-shirt and laminate exclusive to this pre-order bundle only. The laminate will contain a special code to input online to have the physical copy of the album ship when released.

About EvilG 11717 Articles
Owner of Metal-Rules.com