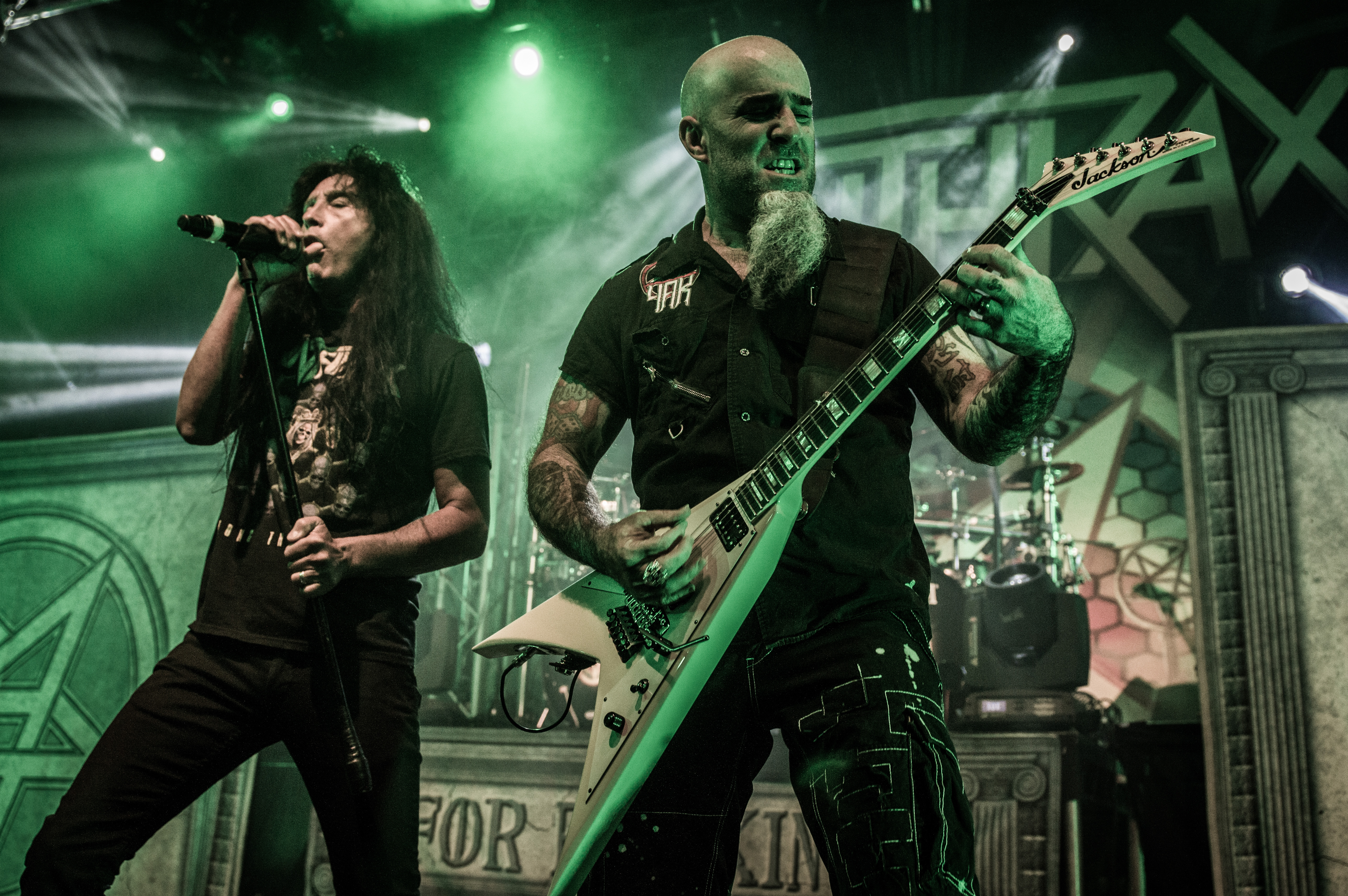 Review and photography by Harry Long

New York thrashers Anthrax stopped off in Manchester as part of their 2017 European tour along with English melodic metal band, The Raven Age. This tour was a special one as Anthrax would be playing their 1987 album, Among The Living in full to mark the 30 year anniversary of it’s release.

It was a typical cold night in Manchester, but that didn’t phase the massive queue of metal heads eagerly awaiting to get inside and bang their heads to some good old thrash metal.  Skip forward an hour and the venue was slowly filling up. Before Anthrax hit the stage, it was time for English metal band, The Raven Age to get the crowd going. The band played a bunch of songs from their self titled EP and their upcoming debut album, Darkness Will Rise. Great energy from this band, and they played a perfect set to get the crowd going before the main act. The UK lads (including son of Iron Maiden bassist Steve Harris) show real potential to work their way up in the metal community and proved very popular with the Manchester crowd. Find a number of images I captured and the set list below. Now for the Main Event… Anthrax! The lights dropped, the crowd roared and on they came. Joey crept on stage and Scott, Frank, Charlie and Jonathan began blasting those massive sounds we’ve grown to love. The set was off to a crazy start with “A.I.R” and continued to set the pace with “Madhouse” and “Evil Twin”. Despite being in their early 50’s, the band were running all over the stage and banging their heads like they were back in the 1980’s. The first set was full of the bands best tracks from albums like Spreading The Disease and their newest album For All Kings. Anthrax are one of those bands that never seem to lose their energy and they give 100% in every show. The fans are just as crazy about this band as they were 30 years ago, and this is proven when you look into the crowd and see thousands of people banging their heads. It was now time for the special event! The second set where Anthrax would play their most popular album, Among The Living in full. Like the first set the band went all out from the start, banging their heads and blasting out the immense riffs and sounds that define thrash metal. A real treat to witness this gig and I was able to capture the best moments through my lens. Both set lists and my shots from the night can be found below.